Hi! My name is René, known online as Paradyxm! Writing has been a major escape for me over the past 13 years and has driven me to create the best stories I can 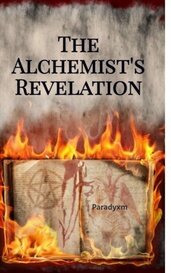 Isaac Garnier is the youngest Master of Arcane Philosophy at the Magi Institute of Arcane Brilliance in recorded history. The whole world holds it's breath as he prepares to present his new discove... 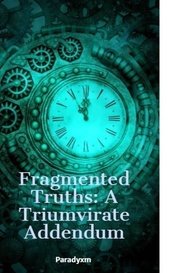 Gaze, dear reader, into the dark world of the Nth Cycle, home of the Triumverate of Creation (The Chronaculum, the Encyclopaedia Deifica and the Astrum Consortium) and learn more about the world in... 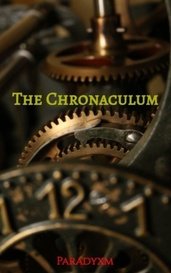 Humanity believes it has yet to find life in the universe. It belives that when it does, it will come in the form of little green men that wave hand signals and prosper peace. The truth, however, i... 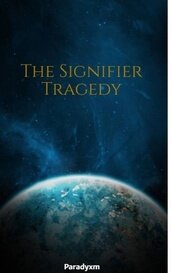 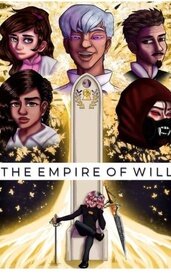 The Empire of Will

Since the dawn of time and the death of the Great Nothing, the universe has known peace at the hands of the Signifiers, a race of para-causal beings capable of control over the greatest power ever ...

A melody of sadness heard by all

I should preface this review by saying that historical and romantic fiction is not usually my forte. I'm not one for the classic whimsy of love affairs and scandals in romanticised eras of fiction. And yet, while reading the tragedy of Letters in the Attic, I find myself drawn to the poetry of humanity that resonates within it. How each generation of this family rhymes with it's themes and it's sadness and yet, each verse brings new life to the one that came before.

Set across the backdrop of the maddening chaos of the American Civil War, we see a tale of how even in the deepest pits of despair, we can find specks of light that guide us to push forward. To say this book brought tears to my eyes would be an understatement. It is so profoundly honest in it's depiction of grief and tragedy that I find myself unable to dissuade anyone from reading it.

A familiar but welcome journey

Many a night, I have found myself sat at a table or in a call with friends, crafting fantasy stories for each other in the form of Dungeons and Dragons or reading high fantasy tales that took me across years of world-building in a mystical land. It's not a new thing to do high fantasy by any means, but it's very rare to see it done so incredibly well.

The Child of the Flowers takes you on a gritty but magical journey across land that feels lived in and puts you in the shoes of characters who feel like they matter. It takes your hand from the moment you open the first page and never lets go as you root for some, boo at others, and in the end (so far!!) come out feeling fulfilled by the journey you took with these characters.

It gives me back the wonder I felt when my grandfather read adventure stories or when I would watch fantasy movies or play epic fantasy games. This is a story that makes you feel like you belong with the characters, you feel like you are with them. And in an age where disconnect is real, I think this is something special.

An intriguing dance between two ages

Usually, when I read a new story, be it here or elsewhere, I find myself left a little put off by a lack of real concrete mystery in the first act that forces me to hope for more as the story goes on. In the case of The Syderstone Ghost, however, I find it had its claws in me from the moment I opened the first page.

The Syderstone Ghost balances its chapters brilliantly between an aged story set far in the past and a story more modern, one set in the long-gone ages of 16th Century England while the other is set closer to home in the 20th. This dichotomy between the two ages works well to echo the disconnect between them, both chronologically and, for the sake of the story, thematically.

Overall, The Syderstone Ghosts leans heavily into the old scary tales we were told on castle tours as kids, where tour guides would tell us of mischief and espionage and showers us in a bouquet of familiar, but expertly written intrigue. I look forward to reading more.