Lost behind a book

"We write down made-up stories to tell the truths we wish we could say out loud." Welcome to my Inkitt profile! I also publish on Wattpad and thought to try Inkitt. 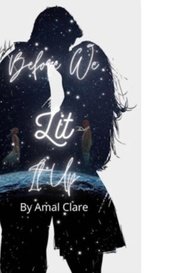 Before We Lit It Up

They say opposites attract. But that wasn't the case for Layla and Jaxon. BEFORE Both bear the deep scars of despair, and for that, they were unknowingly drawn to each other. After surviving a ...

I usually like to avoid books with slightly thrilling themes, but I could not put down – or in this case, close the tab of – your book. From the character's dynamic, somewhat haunting personality, and her dangerous seek for thrill, to your beautiful word choice, your book was absolutely riveting.

The setting – and everything else – was described with precise words that left almost nothing to the imagination, making readers visualize the scenes perfectly without being confused or lost. The plot took place at just the right pace, commencing not too fast, nor too slow, and had just the right amount of suspense. (I can't wait for your updates!).

The dynamic of the relationships in the book also added to the overall interest, further instating the 'thriller' theme with how almost every character seemed to have a touch of maniacal crazy. Your technical writing skills were commendable, with few to no mistakes. There was one spelling error, or wrong word choice, I found in one of the chapters, but I had to practically hunt for it. So, your spot-on grammar and punctuation, and vivid descriptions really added to the overall flow of the chapters and the book, making it easier to understand and more enjoyable.

The only thing that I'd say could be improved on, or changed a bit, is how you format the dialogues. The dialogues between your characters are not separated (by lines, they are separated by action-tags and such) and that does make it confusing at times to tell who's talking.

But overall, your story is a gem, and I enjoyed reading it.

Immediately, the first chapter hooked me in, tying nicely to the title of the story, and had enough hidden themes to make me want to keep on reading. The main character was definitely interesting, and you introduced her character nicely while bringing in more aspects of her at a gradual – but not slow – pace. There are a few aspects that I'm still curious about, and can't wait for an update so I can find out more – like what those 'voices' mean and why they seem to plague her.

The pace of your story also took place perfectly, and while there were some chapters that would seem a bit redundant at times, it all tied with the main plot like sidebars. You pace out your suspense and aspects of the story nicely, making readers eager for the next chapter and to find out more about her letter writing and why she wants to write the letter.

I especially liked the dynamic between your characters, such as between the main character and her best friends. It added the right amount of comedy without being too hilarious, and it was evident that the main character was one who cherished her friends. Her dynamic with Aniike was also very interesting, as he was the person the letter was for. Again, there are still mysteries regarding this, such as why she was writing the letter, and if it was for romantic reasons. Your punctuation, grammar, and writing style also all added to the overall flow of the story, and made it an easier, but also more interesting, read.

Improvement-wise, I'd say that there were some times you spelled Aniike's name differently. In some chapters, he was 'Anike,' and in others, he was 'Aniike.' While you're grammar and punctuation were great, there were some, not too serious, mishaps. The biggest one would be you switching up your tenses at times, alternating from present tense to past tense. Lastly, when writing in numbers, you put them down in numerical value (e.g, 3). In writing, you have to stick to the numbers written in word format, such as 'three' instead of '3.' If the number is really big, or you want a dramatic effect, then this rule doesn't apply.

But great job overall and I look forward to the updates!