Screenwriter dabbling in those stories that have trouble fitting onto a screen. 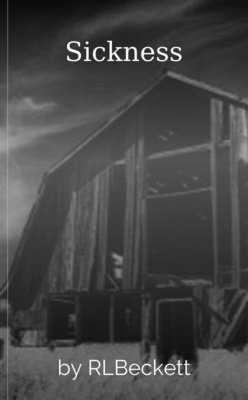 Madness comes to a town near you.

I like the way you took your time with the beginning, giving Mike some dimension before sending him to his grisly end. Most writers would be stampeding for the scary woods by the middle of the first paragraph. I also really like the way Mummy was portrayed. I felt very clever when I thought "vampire", and was pleasantly surprised that you had something far more nasty in store. What might be even more frightening is how you were able to capture a downtrodden male point of view so accurately. Great bit of writing, please submit more.

I love the wordplay, and the way you set the tone of this little gem. Too often writers try to write in the manner of Poe or Lovecraft and go overboard, but gladly that's not the case here. The love of language is evident, and your restraint and sense of fun really go well together.
Nicely written!

A view from within

I really enjoyed this story. I think you've perfectly captured the voice and tone of a person convinced that the things they do are right and just. Too often stories like this are just the act, and are missing the motivation, the inner driving force, and you've done a great job of conveying that without going overboard.
Nicely written, I hope this is the first of many entries for you.

Okay, so I thought this was going to be another one of those teen angst-nobody understands me kind of stories, and by the time I figured out what was really going on, I was forced to admit that I'm not as clever as I had first thought. I like the way the story is told in a conversational way, from the viewpoint of the possessor, which has always interested me, and your handling of the pacing, and the voice of the narrator is really well done.
I hope this is just the first of many submissions for you.

I love the gruesome simplicity of this story. The way you unflinchingly tell the most disturbing scenes. I also appreciate the length of the story as it fits the subject matter. Get in, get out, and leave the reader with an indelible impression.
Well done!

I liked this one. Grandma Olga is a simple little story that fits the site quite well. The ending wasn't as much of a surprise as it might have been, but not everything has to have a shocking twist at the end. Although I'm not sure what Jenny did to Grandma to get dolled up, the story works for the format.
If you had written this in the 80's, Hollywood would have run with it, and put the matryoshka spin on the Child's Play franchise.
I hope you submit more stories to the contest, and best of luck.

At first, I thought the transitions were a bit abrupt, and that the narrator was a bit too nonchalant about the death of his wife and daughter. Upon finishing the story, I realized that the moment of the accident is when he snapped and so everything tied together nicely at the finish line.

I like the way the journal entries stay matter-of-fact and casual in tone, even throughout the most difficult circumstances. There may have been a temptation to change the voice of the narrator to match the horrific events, and I'm glad you resisted that. It has much more impact the way you've written it.

You'll probably get comparisons to Stephen King's Survivor Type, but that's pretty good company with which to be associated.

Finally, a horror story with some genuine horror.
I love the everyman feel of the narrative, and the references to reinforce the mood are spot on. You actually had me chuckling out loud in a few places, and the only other author to do that is Joe R. Lansdale, so you're in good company.
I also appreciate the cinematic quality of your style and would really like to see this story filmed. It would make a fantastic episode for a TV show, something in the vein of a more serious Tales From the Crypt.
My only suggestion is that it's so good, it feels like it should be a bit longer. Maybe adding to the sequence after Brian activates the USB drive. The trucker told him he was getting what he wanted, maybe things could look like they're starting to go his way, only to go south in a hurry.
But, yeah, I liked the casual dialogue, the common man references, and really liked the way you handled the gorier scenes, which are so often missing from the other stories on this site.