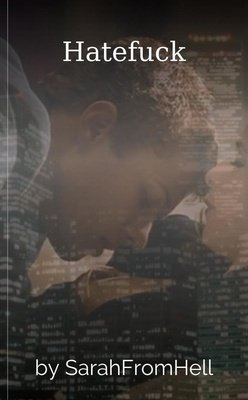 'But then, love was never anything but a word we used to manipulate people so maybe if we really truly hate each other enough it will mean something.' Sebastian/Kathryn

Romance / Thriller / Based on Cruel Intentions by SarahFromHell • Complete • 10 chapters

I have very mixed feelings about this story. On the one hand, the writing quality is excellent, immediate, the characters are very well described, the inner voice of the main character is clear and original. On the other hand, I found it hard to relate to the main character because she's...too lucky I guess? It feels kind of like the L Word--one of those impenetrable cool-lesbian circles where everybody has dated everybody--and while the dramatic tension of the story is supposed to be whether the narrator gets with Florence, it didn't really seem like she cared too much about whether it happens or not. I found myself more wanting to get into the perspectives of the less-lucky non-POV characters, especially AJ.

Please let me know what you think of mine as well, that is if you're not too grossed out by het romance. (Really messed-up, conflicted het romance, not hearts-and-flowers stuff.) It's called "Hatefuck" and it's in the fandom 3 contest.

I am very confused by the dynamics of the initial assault situation. The guy lifts her off the ground, I'm assuming from behind since she doesn't see him. Then he pins her down and covers her mouth. I'm thinking at this point she would be lying on her stomach, since otherwise he'd have to turn her around or she'd have to get up, which you don't mention her doing. She opens her eyes--you don't say so, but it's clear she closed them out of fear when he lifted her--and sees "what stood before me". If she is on the ground and he's holding her down with his hand on her mouth, how can he be standing? He should be sitting on top of her, right? And wasn't he behind her, not in front of her? Also, if she is pinned, how can she tell he's a head taller than her? It seems they'd have to both be standing for her to tell. Then from the rest of the scene it seems they are standing facing each other. If so, then she could probably push his hand away from her mouth and/or kick him. If she can't kick him because she's paralyzed by fear, or can't remove his hand because he has a supernaturally strong grip on her jaw, that's fine, but you have to write that in. I'd say "because otherwise she looks weak", but it seems from the rest of the writing that you want your protagonist to come off as weak and cowardly, so I'll just say "because otherwise her actions make no sense".

Also, if she is living in a town where the last crime was a theft five years ago, it sounds pretty reasonable for her to walk home from work alone at 9:00, and I doubt most 17-year-olds can afford a car anyway. And there are some grammar mistakes in this story as well. And a line that makes no sense to me about how "messing with Brittany's men can lend her in jail"...you go to jail for boyfriend stealing? But what irks me mostly is the assault scene. I also don't like the main character's personality--she cowers and cries and never ever fights back--but maybe that is just because I am the complete opposite.

Also, how do they kill their victim? Inquiring minds want to know.

To the point where I'm finding it hard to believe you're a 21st century guy from Singapore...that's totally a compliment by the way. I love cosmic horror and this story delivered.

Let me know what you think of mine if you have the time...it's called "Hatefuck" and it's in the fandom 3 contest

I like this poem, it reminds me a lot of the "river of blood" scene in Pola X. There are some phrases I don't understand: "belittled at", and "the sanctimonious and all things divine" (I tend to think of "sanctimonious" as meaning arrogantly preachy, I don't know if that was your intention?) I really love the image of "trapped in between legs like chains", it's very physical but also emotionally expressive.

Anyway please let me know what you think of my story "Hatefuck"...I entered it in the fanfiction contest but I think barely anybody has even read it.

First of all, thanks for posting! I loooove the "seduced into lesbianism by sophisticated older woman" genre so this was just my thing. The seduction was believable and hot, the horror ice cold. I do have 1 criticism though: There is a line about Marcy's pants feeling too tight after reading the Sappho poems. I don't think most girls' anatomy works that way. I'd replaced it with a line about blood rushing down to between her legs, or feeling sensitive down there, or something.