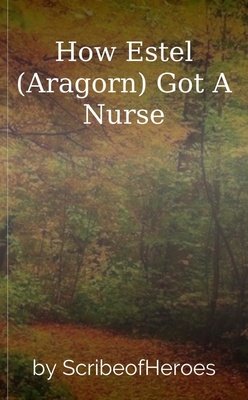 How Estel (Aragorn) Got A Nurse

A Satisfying Last Chapter of "Chuck"

The characters were in character. Though Ellie, Casey, Jeff, and Lester are spread over the globe at the beginning, this story brings the beloved characters of "Chuck" back together in believable ways. Jeff and Lester are too lazy to keep up the hectic touring lifestyle. Gertrude would try to get between Casey and Alex, and Casey would not stand for it once he found out. Ellie was the strong and smart big sister shining in her role of curing Sarah. Chuck was his adorable self. The comparison of how he would not give up on Amnesiac Sarah to how his father never gave up on his mother was touching. The character of Sarah seemed a little off until the ending, which made that make sense. That plot twist worked well in the story universe already set up. In short, all the character actions, words, and descisions made sense and brought them and their stories to a satisfying conclusion. The "spy" Buy More theme was a fun idea that fit into the "let's have fun with this" flavor "Chuck" has always had. In fact, this whole story was true to the tone of its source material. As a mid-west girl, I loved the spy mission being saving America's corn crop. The setting of the Hoedown was fun. The writing created clear visuals and witty dialogue that made me smile. I also did not see any of the plot twists coming. This should have been the last episode of the show. Great work!

This is a thoughtful and well researched story. I learned new things about the HIstory of Middle Earth reading the second chapter. The writing created vivid images and was true to the beloved characters of the source material.. Pipping turning the pie plate into a frisbee was a believable piece of mischeif for the tween hobbit. Legolas joining in with his incredible flexability and reflexes was a great twist.

An early bond with the hobbits and desire to make up for losing Gollum are convincing reasons for Legolas to join the Fellowship. Pointing out the Mirkwood elf's lack of world weariness and regitity compared to Glorfindel's makes his going instead of The Balrog Slayer more believable as well. Having an incident with the pie-plate, Legolas, and the dwarves was the a fantastic finishing touch.. :)