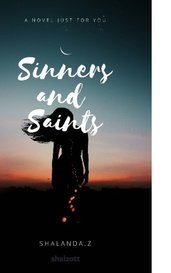 In XX59, the streets were littered with rows of people waiting with gifts, presents, and offerings to the newly coronated prince. When the curtain is drawn back, shrill, chilling screams rose into ...

Well I wasn't expecting that

Points in the story:
-The location at the start was intriguing (The floor of the Indian Ocean, base unexposed)
-The words after disclosing this information of the base ("I told you sons of ******* this would happen!") makes you wonder on EARTH is going to be the plot of story. Already, you've captured the reader's attention.
-The story begins with Jerry, a technical engineer who presumably helped designed a machine called the Enggano from what is enclosed. Little else is known about him for the rest of the story, though his personality is revealed more.
-His mindset throughout gives off one of a self-satisfied human, who, when confronted by death, will take satisfaction in relishing the death wasn't his fault. His character doesn't develop, which I find quite unique because most authors are pushing for character development when it's interesting when their character DOESN'T change.
-The writing style reminds me of George Orwell's 1984, complex yet carrying its own information, always giving of a sense of knowing more than the reader.
-The ending was enjoyable, and didn't have a twist of lucky fate like other stores, but stayed true to what was going to happen in the narrative, giving the readers a false sense of security when not all seems lost.

Criticism (honestly you can pay this no heed)
-The writing style, though is what makes this so unique and fun to read (for me) others may not be agree and view it the same way for others as it is wordy, and though adds to the plot and adds to Jerry's character as being precise and safe, can make others lose interest before they're even halfway though.
-No more was submitted clearly about what the machine precisely is or what it would do (I was speculating a summary, and this may well be in the text and I might have missed it) and even a brief few words of what it was supposed to do and a little sentence foreshadowing the range of destruction it would have caused the reader -if losing interest of course- to backtrack and exclaim, yet without the info of what it would do, the reader would be a little confuzzled.
-The other characters aren't as bright as they seem to stick to their titles, everyone in the story's personalities are confined to their work. This makes me both despairing and intrigued because the characters are refreshing as (again) you normally don't see characters like this, but it makes them a little predictable. Whilst slight predictability is good in the plot, the characters themselves are too much so.
-I'm sure I had more but I forgot, and if I did (have more I mean), it would make this view even more unbearably long.

Lastly, thank you very much for this story.