Just a girl with stories in her head ✍🏻 ✨Please don’t self promote your stories on my page, I consider that spam and delete them.✨ 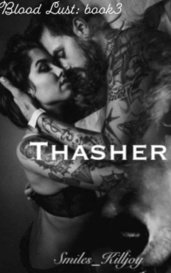 *This is book three of the Blood Lust series, and takes place after events in Blood Lust. It may be read as a stand alone, however, to fully understand the events that take place, reading Blood Lus... 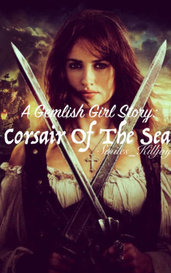 Corsair of the Sea: A Gemlish Girl Story

This is the third instalment of The Gemlish Girl. It follows a different set of characters, but the events in this story connect with the first two novels and takes place approximately one year bet... 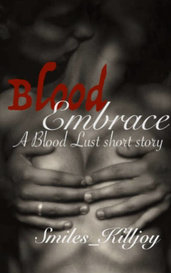 *NOT A STAND ALONE* This is the honeymoon short story for Madison and Christopher from Blood Lust. To better understand the characters, I recommend that you read Blood Lust before reading this shor... 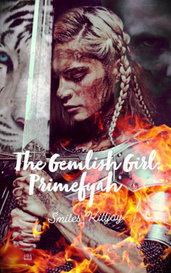 *BOOK 2 OF THE GEMLISH GIRL* Samina jumped at the voice, and rolled her eyes in annoyance, ignoring Jules. “I know you didn’t just disappear, Alpheda” Samina raged at the title, “I am not the Alphe... 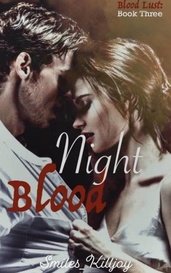 *YOU WILL NEED TO READ THE FIRST TWO BOOKS IN ‘The Vampires of New York’ series; Blood Lust and Bonded Blood TO UNDERSTAND WHAT IS HAPPENING IN THIS STORY* Dr. Christopher Montgomery, otherwise kno... 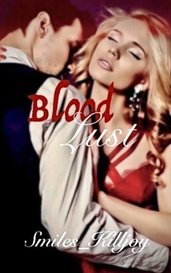 I turned the corner and screamed. Somehow he ended up in front of me. “I can’t let you leave right now, Madison.” Suddenly he sniffed the air, and his head snapped at me. He looked me up and down ... 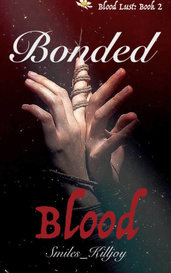 *NOT A STAND ALONE* This is the second book of Blood Lust, focusing on the troubled life of Lydia Montgomery as she struggles with trying to tame her powers, and come to terms with who her bonded s... 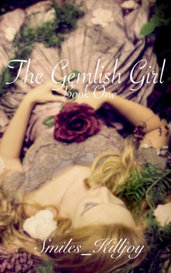 She was a Gemlish- an outcast, looked down upon by society because she had blonde hair, pale skin, and blue eyes. She was innocent, pure, scared. He was ruthless, cold, brutal. In a world where sh...

This is one of the few werewolf stories that I’ve read, and I must say that I was pleasantly surprised by how well thought out the plot was! I’m glad I was able to finish it here before it was taken down, and I can’t wait to read the sequel.
The character development, the plot twists, the drama... it was all so exquisitely enjoyable to read. There were a few spelling mishaps, but it happens to all of us, myself included so it didn’t bother me at all. I will probably end up purchasing this when it’s published.
The only thing I wished was different would be the steamy scenes; I think there’s a perfect amount of them, not overpowering the story, but I’d like if they were more detailed.
Overall, I thoroughly enjoyed Come here, Kitten and am looking forward to reading the sequel if it comes to Inkitt.
Well done, Emilia... well done!

I read this within a span of 3 days, and it started off really strong, but it started getting ridiculous toward the end. It was a little confusing, and definitely didn’t make sense as to why the main character would choose to be with a man so hateful and abusive other than Stockholm syndrome. I dunno, I have so many unanswered questions with this book which is incredibly frustrating, and is also why I rated it at a 3 star overall.
It seems the author may have forgotten what was going on in the story at parts, since the timeline got disjointed toward the end.
As a writer, I can appreciate that the author is attempting to re-write the story as stated at the end of the book, and I completely understand that things get mistaken or forgotten; however, if you’re going to make such drastic changes, such as completely re-writing and taking in a direction where they all know each other before the events of the story, I think it should be taken down and re-written instead of leaving it up to confuse people.
Overall, I actually did really enjoy this story, the plot was strong, the characters were well rounded, but I just wish that it came together and flowed easier in the second half, and that the ending wasn’t so abrupt, and left me confused, almost as though it wasn’t really the end, but that the author just stopped writing.
I will definitely check out other works by the author, because I enjoyed the writing style of the story, and I do hope that once you’ve re-written it as stated that it will have more body and more explanation as to certain events and characteristics in the story.

Lots of spelling and grammar errors makes it hard trying to decipher what the author is trying to get across, but I’m liking the story so far