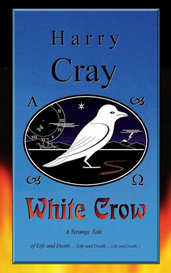 Some years ago, a child died; he was burned alive while hiding in an oven. Just a tragic accident, they said. But that was all in the past ... In present-day Florida, Sophie Nesbitt is five years o...

Hi Sofia,
I read your work - all of it. And must say, I'm impressed!
OK, your story may not be the kind that would be my first choice of reading, but that allowed me to concentrate more on matters that are a little more objective, and a little less well, 'a matter of taste'. And that would mostly be what comes under the heading of 'grammar & punctuation'. And in that regard, what struck me was notably positive. Am I saying that I found it to be perfect? Er... no! No? But what then? Well, it struck me that your attention to detail in this regard was well, meticulous. (Well done!) But...? Well, firstly, I noticed very few 'mistakes'... that is, the sort of things that so many writers on this site seem to just ignore, and plough on regardless! And hey, a few such mistakes are to be expected. To what am I referring? A missing comma... a missing inverted comma... a sentence beginning with a lower-case letter. And as I say, you have a few of these, but to your credit, very few!
Now, there are a few other things that probably also belong under the heading of 'grammer & punctuation' that are probably not so much mistakes, but 'matter of convention'. Firstly, your use of inverted commas. I may be wrong, but I think you'll find that it is 'normal' to use -double- inverted commas ("so") to enclose sentences (or sections thereof) in -dialog-. And single inverted commas, only in the manner I have used them here - as in saying 'normal'!
And one other thing kinda jumped out at me - (nothing too serious!) but something that you may want to ponder. "Have a nice day," Fred said. Great. I noticed quite a few places where you said something in the form "Have a nice day," Fred smiled/grinned/laughed etc. Hmmm... I don't think -anyone- manages to 'smile/grin/laugh' words! So, I think I am right in sugesting that in such a case, the 'correct' form would be "Have a nice day," Fred said with a smile. - or "Have a nice day," Fred said, smiling. (or grinning/laughing etc!)
So... does that mean that I'm marking you down in 'stars' for grammar etc? Well, I could, but I won't... if only 'cos I'd say you are still nearer 5 than 4 in this regard! :)