Hello. I'm Stacie. I write YA/NA dramas. I hope to gain critiques and reviews that would help me while also hoping ya'll are entertained by my work. 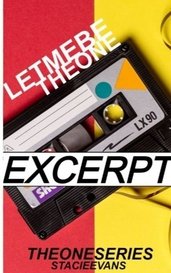 Let Me Be The One (The One Series:Book1) (EXCERPT)

(Available now on Amazon Kindle.) In 2004, there were four teenagers of varying levels of popularity attending one of Boston's most prestigious private high schools, Beacon Hill Secondary School. ... 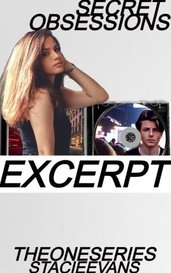 Secret Obsessions (The One Series:Book2) (EXCERPT)

It's 2005, and Alyson’s band, UTurn, are on their way to become America's hottest teen pop act. With four new members, turning the band into an eight-piece, and a highly anticipated debut album, Al... The Anatomy of Alex Tredinnick (The One Series Stand-Alone Novel)

In 2005, seventeen-year-old Alex Tredinnick's life as a British teen celebrity had come to an abrupt end. He was forced to start over as a normal person, but plans changed the moment he got a phone... 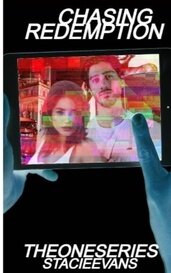 Chasing Redemption (The One Series:Book5)

(This is rated 18+ due to mature content. Reader's discretion is advised.) It’s 2009. UTurn are on top of the world with their chart-topping hits, their popular teen TV series, and their sold-out ... 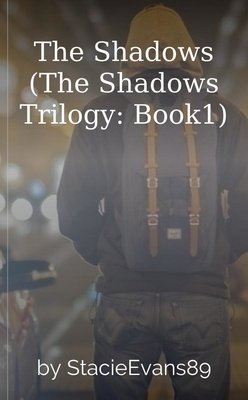 It's 2155. A group of teens that are two types of human species find out secrets about their new Earth-like planet, and of themselves. This is book1 of "The Shadows Trilogy." (also "The Hunters") 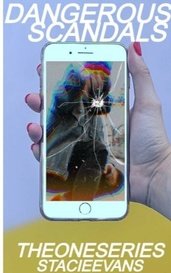 Dangerous Scandals (The One Series:Book4)

(+18 due to mature content. Reader's discretion is advised.) It's 2007. High school is over, and everyone is now 18 and over. UTurn, the world's hottest pop act, is dominating on both the charts a...

From Friends to Benefits to Maybe Lovers?

I loved this story. Two grown, young-ish adults living their busy lives while still maintaining their friendship. All of a sudden, it changes. Without spoiling anything, I honestly hope for the best for them and their future. I hope their future together is positive.

I thought this story was very well-detailed, albeit a little too much info. The technical side of it could use polishing up. I think just trimming the extra details would make this a little more reader-friendly. At the same time, it does seemed very well-researched. Good job on that department.

Other than that, this is a great story and I hope everyone checks this out.

This is my overall review. There will be both a plot section and a technical section.

Plot Stuff: The overall plot, I feel, is a slow-burn. That's not necessarily a bad thing. In fact, you want your readers to learn about the main characters in your story will slowly building up to the main meat of the story. That's good, but sometimes it can run a little too slow. It wasn't until the last two chapters (chapters 7 and 8 at the time of this post) that things were starting to actually pick up. I felt like I was reading a very long prologue and a first chapter. I think picking up the pace a bit and do a bit of rearranging would make this story flow better. Your story does have potential. I can see this having a good mixture of plot and sex scenes. But pacing and rearranging stuff would help this story a lot.

Technical stuff: There were times things were inconsistent, such as the switching from third person to first person. There was random Spanish in Chapter 8, for which I don't understand why. On the mobile app, the paragraphs are fine, but on the computer, they're formatted in a clunky way. This could use a massive technical edit. If all of this was written on a phone, which it seemed like it was, then go on your computer and look over the large errors. After that, once you're officially done writing the plot, then look into hiring an editor or use ProWriterAid.

Overall, this is clearly a first draft. But this story, and the series, means a lot to you, then don't give up on it. Like I said, I can see this having great potential. You do have something there. Just focus on writing your story first. Get that done. That's more important than worrying and overthinking everything while you're writing this story.