repunzel0313 would love your feedback! Got a few minutes to write a review?
Write a Review

I woke up to my mother's voice humming a song in my ear.

"Morning mum." I breathed out stretching out of my bed.

"Time for you to wake up. I managed to keep the beasts at bay but if you don't hurry up and get ready for school I won't be able to hold them for any longer." she stood up and left my room. Not feeling the slightest bit concerned by the threat I turned around snuggling closer into my bed.

"ATTACK !!!!" I heard deep and not so deep voices yell before coming into my room and jumping on my bed disrupting me from my slumber.

"ARRGGGGHHHH" I yelled being crushed by all these boys.

"Wake up Roro you have school today!!!" my Biggest brother Damon screamed in my face shaking me.

"Princess you have school!" my dad was next to shout. The rest of my brothers kept jumping on me leading me to fall face first on the floor in a graceful mess as the great majority of the men in my life are all sat on my bed.

"Is she awake?" I recognised one on my uncle's voice, as it was Ray I knew that Ryder was coming and that Paul was sure to follow, and sure enough they did.

So now I was on the ground in all my glory and they were, all eight of them, sat on my bed laughing their arses off. My dad, Damon, Wolf, Carter, Alex, Paul, Ryder and Ray, the men in my family.

"Alright, all of you out! I need to get dressed before I become anymore late then I am!" I stood up and pushed them all out of my room before locking the door and heading into my bathroom. 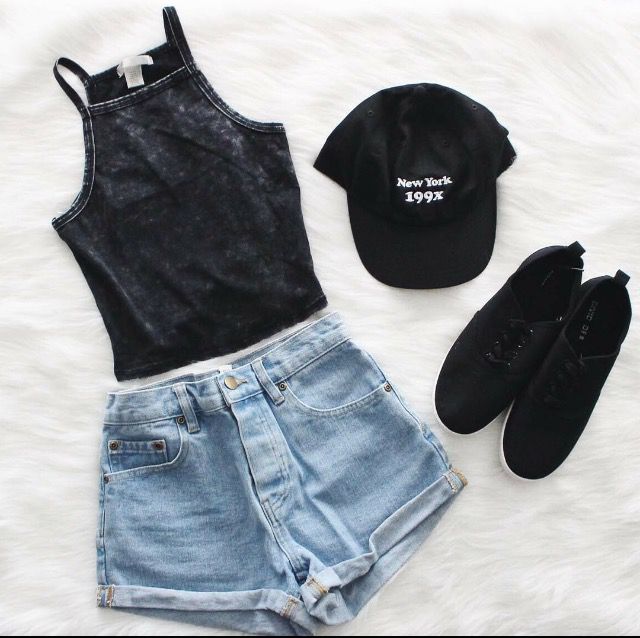 I step out all clean and refreshed and headed into my closet. I pick out a simple black tank/crop top type top with some jean shorts, black trainers and a black cap. I let my hair in its naturally curly state and only applied eyeliner, mascara and lip balm since I had a clear face.

I took my bag and headed down the stairs hugging the twins and grabbing a bottle of water and a banana. I don't like eating much in the mornings.

"Bye, guys! Kendyn is here." Damon shouted at Wolf, Carter and I since it's always one of Damon's friends that takes us since we all go to the same place, aka school. Ryder went to a different school because he doesn't live that close to us but it is planned for him to move closer so that we can all go to the same school.

I stood up without any energy not really wanting to head to school to be face to face with that idiot I call an ex-boyfriend but I don't really have a choice.

"Where is my goodbye hug?" my Dad pouted putting his arms out for me to hug.

He is the most feared man In the world but he has a really soft spot when it comes to his girls. I walked over to him and gave him what he wanted. He let me go with a little bit of a struggle and kissed the top of my head.

"Have a good day at school princess," he called out.

"Don't let anything happen to her boys." he sternly told my brothers before we all headed out the door.

"SHOTGUN!" I yelled running to the passenger side of the car not wanting to be stuck at the back with my smelly brothers.

"Ugh! every time she does this." Wolf grumbled.

I hopped into the seat and buckled my self in trying to ignore the annoying laugh of my brother's best friend. His name in Kendyn and him and Damon have been like Batman and Robin since they were six. So that is thirteen years of friendship. Yeah, that's a lot but in all these years I could never stand him. Granted for a while I did have a huge crush on him. I mean who wouldn't? He was carved by angels.

"And how is mi Rosa this morning?" I just rolled my eyes at him and turned towards the window shutting him out.

"I see mi Rosa woke up on the wrong side of the bed." he chuckled turning the engine on.

"More like not on the bed at all," I mumbled under my breath.

The drive was shot lived and thank god for that. I ran out of the car and straight to my locker getting all the books I needed for my next lesson. I'm in my last year of high school even if I'm only 17 I skipped a few classes and thus making me in the same year as Damon who is 19.

"Hello, jelly bean!" I greeted back engulfing her into a hug. She was in the year below me but that didn't stop us one bit.

I headed off to my first class after bidding my goodbyes to Carrie.

Just my luck that douche bag had to be there.

"Well isn't it the fragile little Rose?" my shit face of an ex Bryan called.

"Fuck off Bryan, go bang one of those little hoes you seem to love so much." I gave him a tight-lipped smile and took my seat at the back of the class blocking out the rest of the students.

During the middle of the class, a voice caught my attention.

"Mr Emery. Would you do me a favour in telling where you were for the first thirty minutes of my class?" the teacher asked him aggravation clear in his voice.

"That is none of your business Sir. You should be honoured to be graced by my presence." Kendyn cockily replied.

The teacher huffed knowing he couldn't touch Kendyn because of the power my family has in this town and since he is my brother's right hand in the gang that Damon will take over soon there was no way the teacher would attempt to go after one of the 'protected Mortimers'.

"Take a seat." the teacher instructed. My eyes met with the familiar chocolate brown ones coming my way and sure enough, I was now sitting next to my brother's best friend. 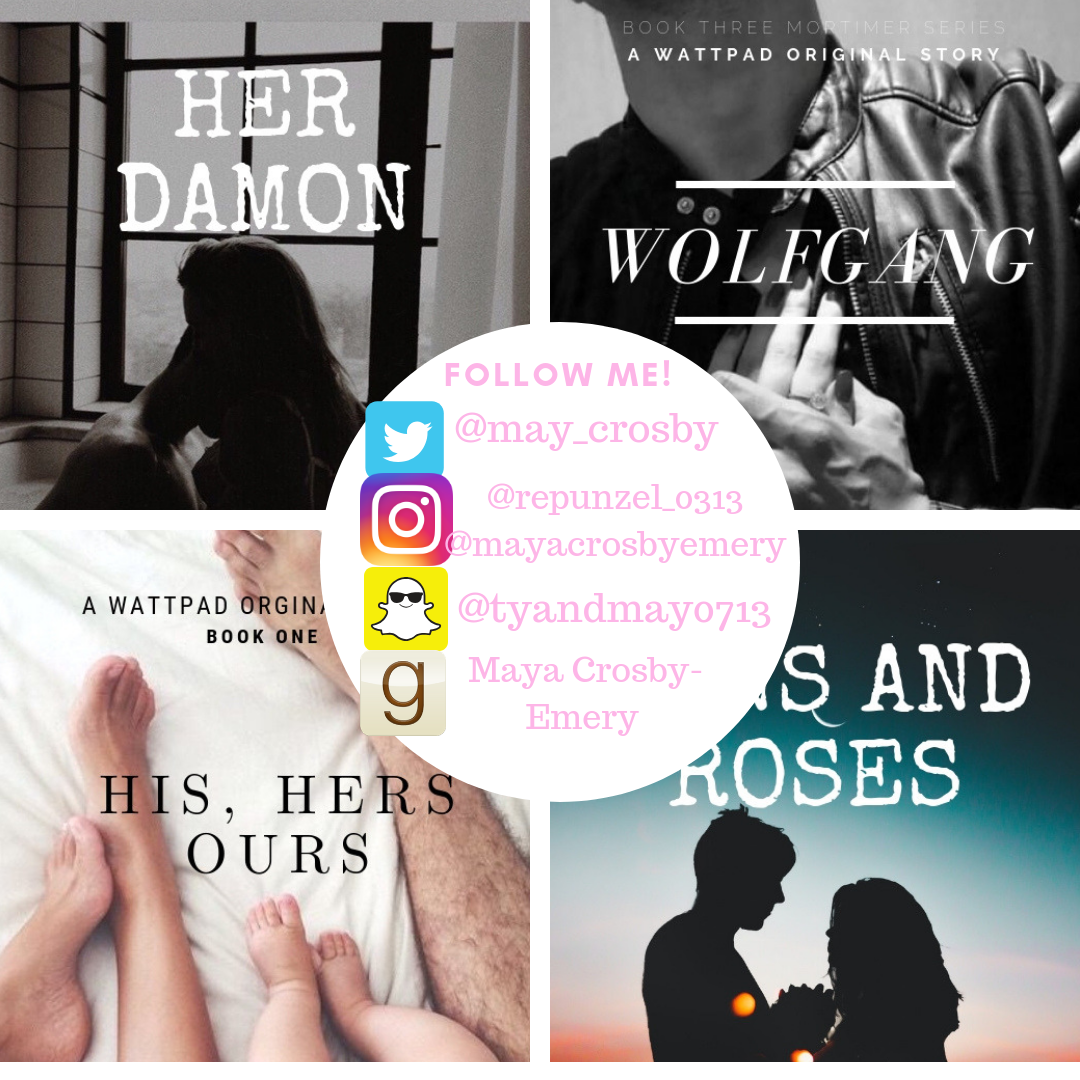 Lisa MacRitchie: Please up date. Can’t wait to see what happens next... they broke up 5 years ago. The kids two so not his...

Joyce Hitaj: Want to see any and dean together

Carmel88: I fell in love with the characters immediately! The plot is awesome and I never felt confused when the plot changed, it was rally smooth! I wish I could find the published book though! All in all amazing!!!

Sue Alba: The book was well-paced and has a certain rhythm to the story lines. Skillful writing, realistic as well as unique characters (especially the hero), and a plot full of twists and turns. ... If you have some great stories like this one, you can publish it on Novel Star, just submit your story to h...

Sue Alba: The book was well-paced and has a certain rhythm to the story lines. Skillful writing, realistic as well as unique characters (especially the hero), and a plot full of twists and turns. ... If you have some great stories like this one, you can publish it on Novel Star, just submit your story to h...

Kathleen Love: So glad the sisters are going to be together soon I hope you have more great fate mates

Read Now
All About The Timing by Charlene Gravely

Read Now
Tell Me When by Hollyann Marie

white: its good for me to get back in touch with the book because it was so much more than that and it would have made me feel better and more of what I had been going through with..

reeg122008: I think you are a fantastic author. This has been a great series and I can't wait to read more. Great job!

reeg122008: Good book! I am really enjoying the storyline. I haven't been able to stop reading as I can't wait to see what happens next. Great job!

spoiledbrat70633kl: I hope she gets her happiness

mommy8192003: This was a great book. I'm from Niagara Falls ( near Buffalo) so this story hit home. The fans have always been about helping out others when needed. This story could be based on a true story so easily. Keep it up. I hope you write a part 2.

Read Now
Worth Fighting For [Sample] by Alexis Porter

Jennifer Leigh Anne Ciliska: Awesome read thank you for sharing your story with me