MIAK would love your feedback! Got a few minutes to write a review?
Write a Review

It was getting dark and with each passing moment my heartbeat started beating fast. I had to reach Wrizelling woods before midnight. At midnight, cops start patrolling and they would get a glimpse of a teenage boy driving at midnight, they would surely check my car which contain illegal weapon and more than ten thousand pounds. That’s not all, many robbers hide near mast bushes;100 to 200 yards away from the left turn between hedges. 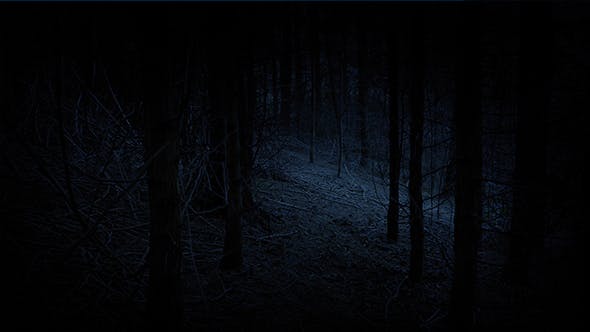 Through the hedges comes a narrow woodland ride down the main road on the side of Wrizelling woods covered with hedges on the both sides. It would take me more than an hour to reach the turn point because there is not a single light lamp and then comes the woodland ride covered with trees on the both sides. The trees are so dark that it looked like a prison roof above your head. You couldn’t see neither a single patch of light nor a single star. After passing through dark woods there comes mountains and valleys. The road on the sides of mountains is almost 752 meters above the ground. This is the worst road or path in the city. One in six in places with seven fairly sharp curves. There are many alternative routes to our head quarter, But I was advised to take this one.

Near ten o’clock I was accelerating at 50 miles per hour. Suddenly, I saw a splash of yellow light which was very quickly becoming brighter and brighter. Within few minutes it took a shape and become a beam of head lamps from a car rushing towards me. I put my foot on accelerator to gain my speed. The other car got closer and within seconds the whole road was lit up as daylight and it past me like a bullet.

My vision was blurred, wind from ahead constantly striking my face’s rind. My eyes were still struggling to open. In this careworn, I got a glimpse of the turn to wrizelling woods. There was no time to slow down, I pulled its handbrake turn steering half, took its back side little out then the front causing it to drift 90 degrees right making a quarter circle and through hedges down the road. Hit the rising ground bounced high in the air and then skidded round the sideway. Not knowing what to do, I unintentionally turn it slight right to avoid thrashing into the rock. But I didn’t notice that the tree which my car to crashed into the tree with a bang.

Wind screen torn out some glass pieces scratch my face. Front tyres were punctured, the oil was leaking. I tried to start the engine but all in vain. It results in nothing more a coughing sound of mangled engine. In this queer silence, I heard a siren of a police car approaching nearby. I swiftly ran and hide behind a thorny bush. The sound grew louder and louder. If they are driving at high speed, they will not notice the path through the hedges. Unfortunately, I forgot to turn off the head lights that blinked after a passage of time. This single mistake leads them to me. I heard the opening and closing of doors then two policemen appeared from behind the hedge with touches in their hands. Then I heard the voices,

“Boy is clever.” other exclaimed.

“I smell something fishy around here.”

“It’s smell of oil. Have you lost your mind?”

“Idiot! Its figure of speech. Never Mind, just start looking. He should be here somewhere.”

I tiptoed from the bushes and saw a sewer. I could smell it’s stinking odour from far away. I was running out of options, so immediately hold my breath and jumped in it, covered its lid with branches and leaves. After few minutes their voices and steeps could be heard which grew gaudier and gaudier. They stood near for four to five minutes but didn’t noticed the sewer and move away.

I felt something under my right foot. It was a heavy leather bag. I took it out of sewer and open it. Holly crabs! my heart was beating out of my chest at what I just saw, it was filled with gold jewelry. My mind was continuously questioning that what kind of guy would throw gold in sewer. I looked around for the policemen but they were nowhere to be seen. My mind calm down for a moment, which again got fearful when I realized that I was standing in front of mast bushes; the home of robbers. My heart beat again begins to oscillate viciously and more tense when one of the robber pointing towards me screamed,” That boy got the bag, follow him!”

I ran leaving the bag behind like an antelope being chased by the lion. Un intentionally, my foot hit by a stone. Not knowingly, I roll into a bush after falling. In dark, they were about to approach me when the policemen on hearing sound of someone running turned around with their touches. Having glimpse of robbers, they thought that they were the one in the car being crashed into the tree. They arrest them and drove away.

I couldn’t believe that I killed two birds with one stone. Luckily I put the weapon and the money under the back seat. The hadn’t investigated that yet neither they would have thought of that. If they would my dad; Roger Clifford known as Bane, leader of gang Black Pearls, would be in danger and risk.

I took a deep breath, picked up the bag found from sewer, weapons, money and advanced towards my destination. Now I James Clifford son of Roger Clifford is proud to be his son. Now I learned the true meaning of responsibility. My dad often used to tell me, “Son, it doesn’t that whether you are tough or sensitive, strong or weak, white or black. No matter what you are remember my son! Remember destiny only wait for those themselves in their desired direction.”

Now here I am dirty, wet, smelly and injured, But still I’m happy.

dunback: Stunning short story, which weY is on.y the start of a love distaste romance between a King and his forced Queen, a forgotten love affair between 2 Young g sweet lovers that was never what it seamed…. A novel is needed from the morning after the end of chapterv4…. I wonder how long it takes her t...

Kumkum : Amazing story and very well written. I am loving it. It's good to have such writers. You are fabulous.

Read Now
The Indifferent Luna 2 - A Mate's Story by Messilaw444

Vanessa: Read the first book and I'm so excited to read Eric's side. I only hope that we see happy things after this war.

Christine Hiteshue: Read the first book and love it so much. The second is just as good! I love the orcs. The story is so captivating to me. But I am a romantic so that explains it all.

sonia: I am absolutely loving this series quick and to the point no reading unnecessary info a 100times before getting to the good stuff well written !!