Ashley would love your feedback! Got a few minutes to write a review?
Write a Review

His footsteps echoed off the brick walls of the surrounding buildings, alerting everyone in the vicinity of his impeding approach. Kaden King watched in amusement as men make to exit Louis’ Bar, catch sight of him, and scurry back inside. With a heavy sigh, he pulls the death stick from his lips and releases a puff of smoke into the chilled night air. He tosses it aside and stuffs his hands into his jackets’ pockets, making a mental note to finally turn the heater on at home tonight so as to spare him another round of Tobias complaining about the cold.

Kaden feels him near but doesn’t bother turning to search for him, knowing he won’t be able to see the kid unless he wanted to be seen. He wonders how long he’s been followed.

“Why are you hiding from me, Ash?”

Kaden hears a curse close behind him but continues straight ahead, the beginnings of a smile playing on his lips.

“How do you always know it’s me?” Asher walks on silent feet beside him, his expression baffled.

“I felt eyes on me.” He says as they approach the door together. Kaden knocks his fist against the door three times, waited for the responding four knocks, then knocked twice more. The sound of metal scrapping against metal filled the air around them as who ever was on the other side unlocked the door for them.

“But there’s always eyes on you.” Asher mumbles when the noise came to a pause.

The door swung open for them, revealing a long and dark corridor filled with the echo of the sounds of laughter and cheers.

Kaden looked at Asher, “When eyes begin to stare, they channel some weight. Nobody but the King’s own children is bold enough to give me more than a passing glance, and out of the seven of you clowns, only one of you is quiet enough to be almost completely unnoticeable.”

He gives Asher a hard pat on the back as passes him into the dark corridor.

Asher hides a smile, “Completely unnoticeable.” He murmurs to himself.

“I said almost.” Kaden threw the words over his shoulder as he blindly walked forward, each step more confident than the last. When he reached the end he was greeted with an overflow of smoke, booze, and cheers as he passed through what was known as Kings Landing, a bar of sorts made exclusively for members of the Kings.

It was in the underground room where Kaden held his private meetings. There he found Noah and Matthias sat at the paper strewn round table, their eyes fixed on the screens attached to the wall. Matthias looked away upon his arrival, passing a hand over his eyes as he slumped into his seat.

Kaden felt sorry for the kid, he’d been up since the crack of dawn for days now in hopes of figuring out what it was the Queens were planning.

“Anything?” Asher asks as he pulls a seat out for himself next to Matthias, who presses a balled fist against the space between his brows.

“We intercepted a code and keyword earlier today. All scattered across emails sent to several different people.” Noah kept his gaze trained on the screens as numbers and letters flew across them and onto a grid, none of which made any sense to Kaden.

“So what’s the problem?” Kaden asks as he props himself up against the table.

“The problem is that this is a Vigenère cipher and I’ve been putting these numbers through all day, coming up with nothing that makes any sense!”

Noah throws himself back in his chair, sending papers on a wild decent to the ground. He had a thought to walk over to Noah, place a reassuring hand on his shoulder and tell him the answers they seek would make themselves known soon, but it seemed as if Noah had a mental pep talk of his own. He popped back up in his seat, lightly slapped his hands against his cheeks and resumed staring at the screens. Kaden could almost see the gears in Noah’s mind working their hardest to make sense of the whole mess.

“And I assume what Kyle said checked out?” Kaden directed his question to Matthias, who stood and placed an open black bag on the table. Kaden gripped the bag in one hand, shaking its contents out. Out fell a thick wad of cash, a medium sized bag filled with white powder, and a stack of photos. He reached for the photos, growing angrier and angrier with each picture he laid eyes on.

Some were of him in what looked to be in one of his warehouses, others were of Matthias working on a car alone in his shop. Asher leaping from the roof of one building to the next, Tobias sitting at a table alone and surrounded by books. Noah, August, and Roman walking together along a broken street. Daniella and Nikolai inside an ice cream parlor, laughing together at the park, standing hand in hand outside Frankie’s diner. Nikolai playing with other kids within the confines of his school playground.

The sound of Kaden’s fist slamming against the table echoed through the room. Silence ensued, interrupted by the occasional digital click sounding from the screens. He counted to ten in his head, forcing the tension out of his body as he felt his boys watching him closely.

Kaden’s eyes latch onto the small rectangular object Matthias slides across the table. A USB drive.

“Information about our recent trades, encrypted messages between two people that Noah has running through several different decoding program things of his—on his computer back home, and some stuff about the Hearts. More specifically the runaway daughter, Oct—”

“Octavia Heart! Lovely,” Asher rolled his eyes towards the ceiling as he pushed himself away from the table, twisting his rolling chair in slow circles. “Dani would love to hear about this.”

“What did he know of Octavia Heart?” He wasn’t comfortable with the sudden interest in Octavia Heart, a name he hadn’t heard in years since Daniella vowed to never speak of her again.

“Just as much as all of Spades. That she up and ran away from the arranged marriage her father planned for her almost five years ago and hasn’t been heard from since. From the looks of it, Kyle thinks there’s more to it than that.”

“Did he find something?”

The door swung open behind him, a head of unruly red curls poking out from behind it. Noah was suddenly out of his seat and gliding towards the screens in long strides.

“Shut the door, August.” Kaden spares his youngest no more than a glance, already focused on Noah, who is rapidly moving his slender fingers across the screens. They all watched him work silently, letters are highlighted in color and things are beginning to disappear from the grid as he solves the cipher faster than his computer programs could.

He faintly hears Matthias hushing August as the mass of letters and numbers on screen began to clear into something legible to him.

Kaden felt as though he had just taken a sucker punch to the gut.

Noah clears the screens with a flick of his wrist, pulling up a map with several dots clustered in different places. He was in the process of zooming in on two lone dots labeled D and N when August answers for him.

“She took Nik to Frankie’s. She wanted me to ask you guys if you wanted anything. . .” His voice trails off.

“Someone call her. Asher and Matthias, with me.”

They rise together, sending more papers flying to the ground as they move for the door.

Kaden waits for Asher and Matthias to move ahead of him before he finally looks back at August, who looks disappointed to be left out of the action.

“You,” He drawls out, pointing a finger into August’s chest. “are grounded. Don’t think I haven’t heard about that stunt you pulled at school a few days ago.”

“No buts, kid. I’m all for you defending yourselves but a blood bomb, really?”

August looked down, fiddling with the goggles around his neck. There has never been a day where Kaden ever saw him without them.

“You and Roman will be on cleaning duty at Kings Landing for the next two weeks. Maybe you’ll actually think twice before making a mess.”

He left him there, mouth gaping as Noah’s laughter rang through the air. Matthias was waiting for him at the top as Kaden ascended the stairs.

“Asher went ahead. What’s the plan?”

Kaden brushed past him, knowing that he’d be following close behind.

It was way hot, way too hot up here. Kaden was growing angry again, nearly losing his cool as bodies pressed up against him. The people tried to lean away from him, give him some room as they knew what would happen if an unfamiliar touch was on him, but it was just too crowded in here.

“Kaden, there’s no telling how Nikolai would react. He’s just a kid.”

They stepped out into the cool night air, allowing Kaden to take a much needed breath to calm himself before answering Matthias. 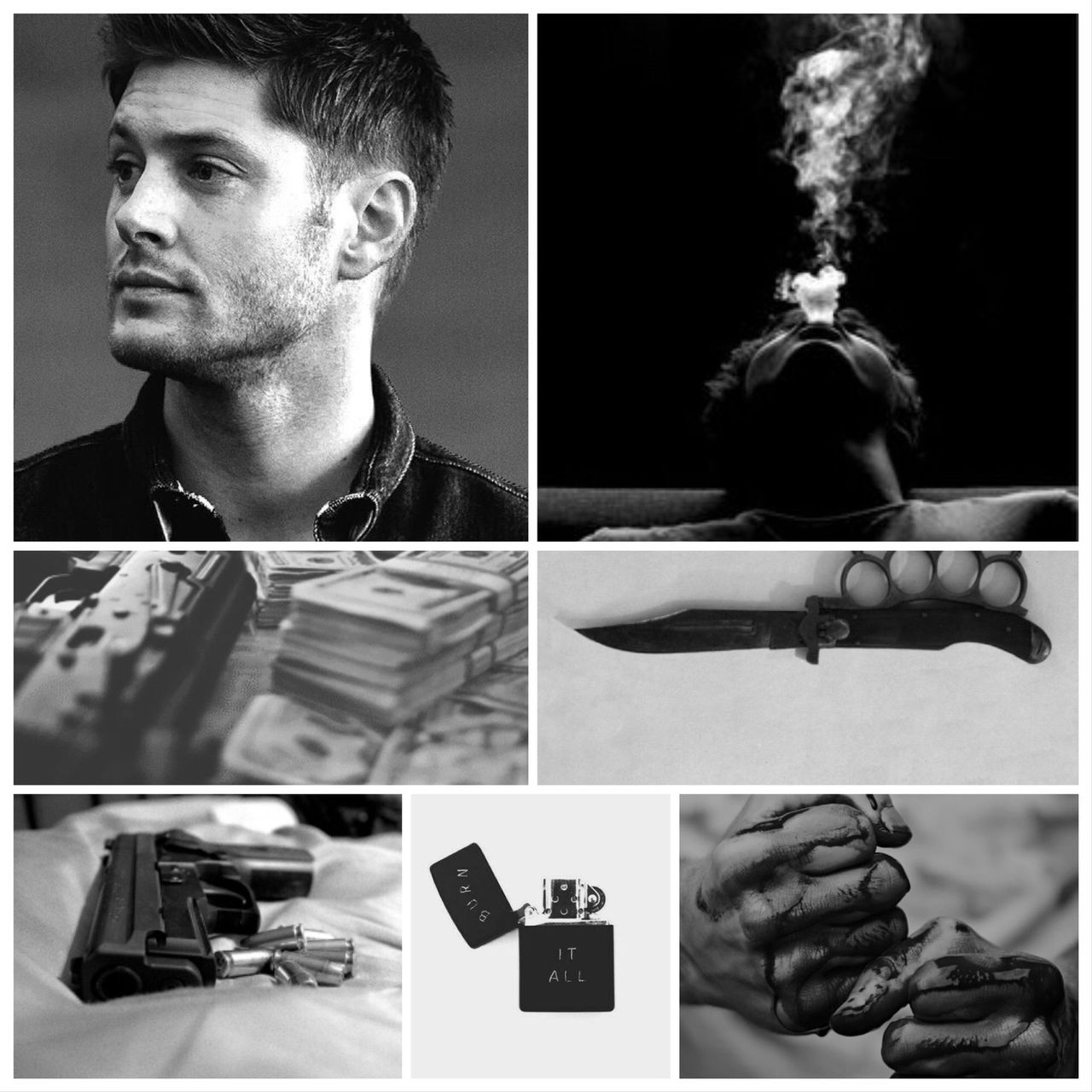 KADEN KING
“You’re a fool to think I’m someone worth saving.” 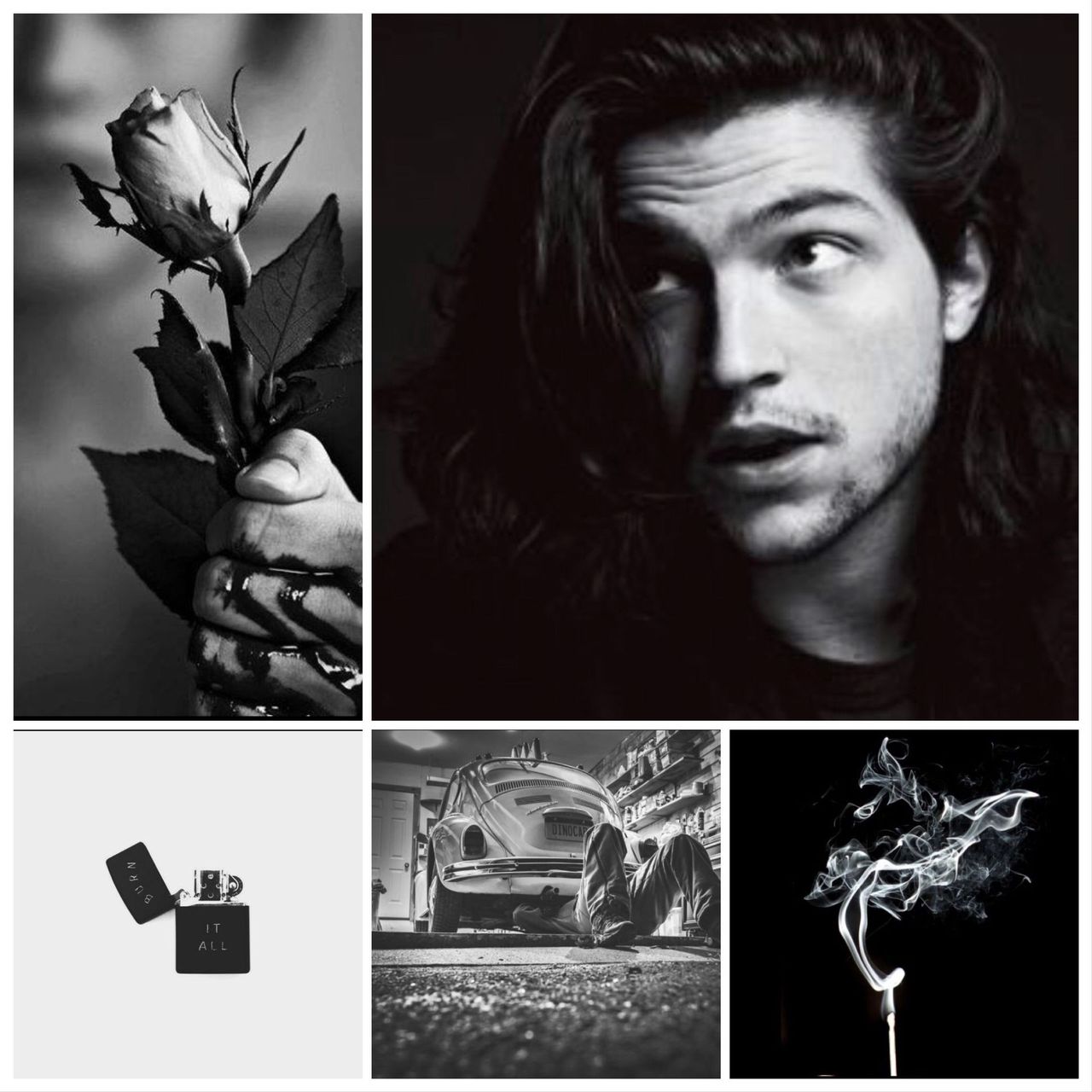 MATTHIAS KING
“While I am clearly the most patient of my siblings, I do have a limit.”