Anxiety would love your feedback! Got a few minutes to write a review?
Write a Review

After my little d tour with Kayden, he dropped me off at home, I stepped inside, dropping my shoes by the door; where a pile of unfamiliar shoes sat.

“Alex?” I called out as I made my way into the living room, no answer.
I went up to my room and dropped my backpack by the door before heading into the bathroom and showering.

I ran a towel through my hair as I made my way back downstairs and towards the kitchen following my brother’s voice.
As I stepped into the kitchen I was met with a lot of teenage boys,
Elijah and my brother amongst them.
Instantly, I regretted my choice of clothes, I had been wearing a low cut top that fell off my shoulders and a pair of black leggings.
“Hey Adelyn, you’re home.”
“Uh, yeah-” I tugged my sleeve up a bit, trying to not be awkward.
“So you gonna introduce me?”
“Right!” He stood by me and introduced each boy,

“EJ you’ve already met,” Elijah gave me a wink before he grabbed another slice of pizza from the kitchen counter.

“Guy eating the disgusting Hawaiian pizza is Cesar,” Cesar shot a glare at my brother, “These bitches don’t like Hawaiian so I get a whole pizza to my self,” he smirked, inhaling another slice. He had dark brown hair and hazel eyes, complementing his olive skin, he looked familiar though I couldn’t figure out why.

“Redhead is the Jaxon Blake, star quarterback and a killer keeper for the Hawks” Jaxon was handsome, much like all of them, he had green eyes and a smile on his full lips.

“Also a raging homosexual.” the guys chuckled as Elijah added, Alex included, I smiled at my brother, inside joke already.

“Dude in the black snapback is Thomas Kol, very broody, very mysterious.” he chuckled and Thomas threw a fry at him, which Alex ate.

“I’m not broody, it’s just my face,” he smirked, showing off his lip ring, which athletes weren’t allowed to have, leading me to believe I had another rebel on my hands, his snapback was on backward allowing me to see his dark blue eyes.

“Yeah whatever, the guy with the glasses is Connor MacKenzie,” Conner had beautiful blue eyes that contrasted against his dark brows and hair, he raised his hand slightly, giving me a simple ‘hey’ and took a sip from the beer bottle in his other hand.

“And this adorable bastard is Roger Flynn,” my brother put him in a chokehold as he messed up his hair, he smiled, showing off his perfect teeth, he extended a hand out to me as my brother released him. “You can call me Flynn or daddy, though I’d prefer option two.” he kissed the back of my hand and received a slap on the back of the head from Alex and a chorus of boos from the guys.

“Hey! I’m just trying to break the ice with my future wife.” he groaned as he rubbed the back of his head, I was glad for the distraction from the blush on my cheeks. 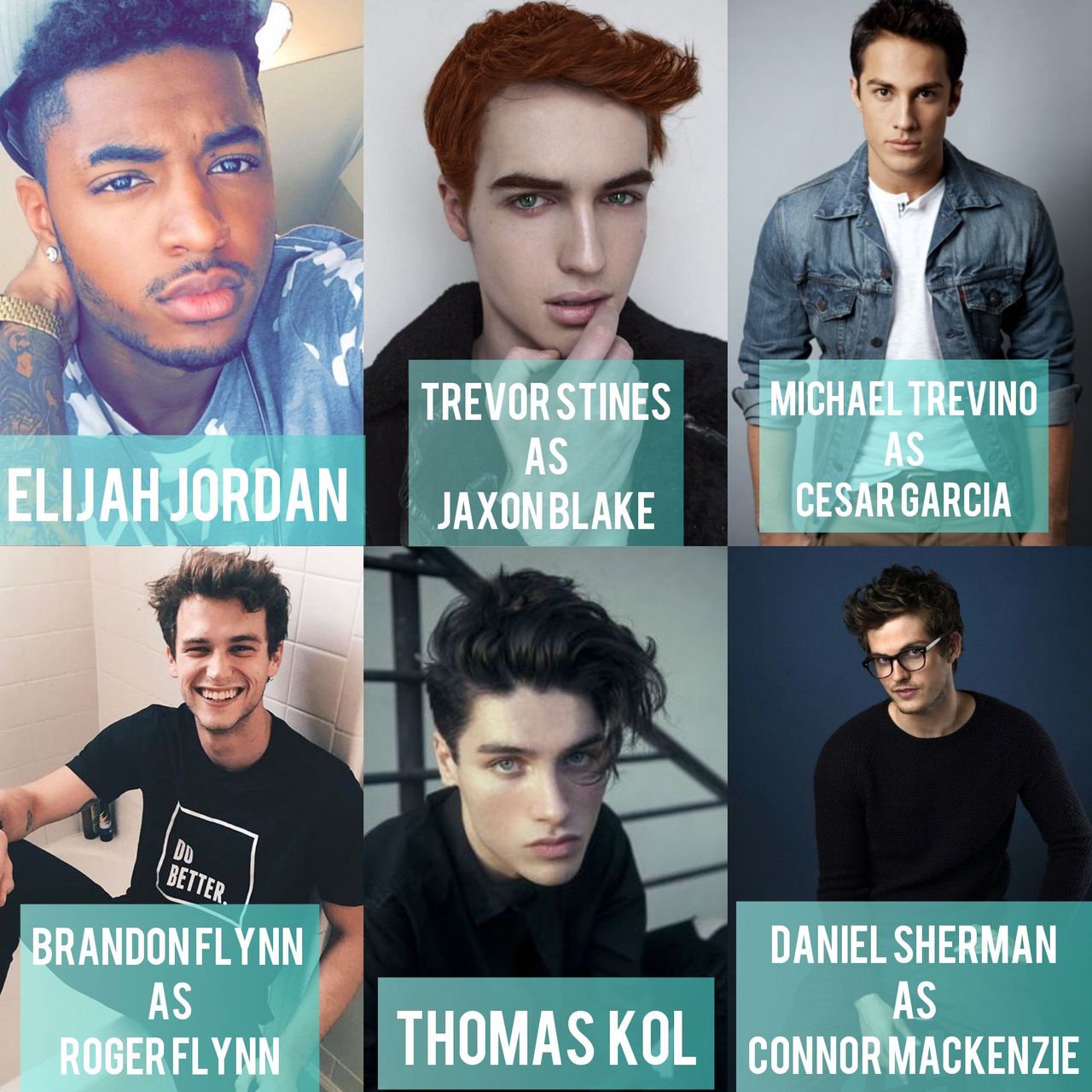 “We’re just gonna be downstairs watching some old game plays from last year.” Alex let me know as he made his way out of the kitchen, the guys following behind him.

“Why can’t she come with us, she must be hungry,” Flynn suggested before turning to me, “You’re hungry right?” he asked with a hopeful glint in his eyes.

I looked over at Alex who shook his head, “I’m starving.” I laughed as my brother rolled his eyes, what I’m still his little sister, and what’s a younger sibling without being annoying?

We all now sat in the basement, where we had a theater like set up, we all sat together, I took my place on the carpet with a blanket and a box of pepperoni pizza, a 6 pack of Dr. Pepper and my brother’s big feet to keep me company.

We eventually began watching movies, horror movies to be exact which I hate but Alex loves, I had made my way onto the couch; bringing my legs up to my chest as I hid under a blanket.
“Uh maybe we should change it, Addy is obviously scared.” Flynn was the first to say something. I nodded vigorously, scooting closer to Thomas who sat on my right, he wrapped an arm protectively around me. “Well I don’t mind it,” he chuckled, I looked up at him and he smiled. He reminded me so much of Dylan, I returned the smile and looked away towards the screen, my mind now preoccupied with the thought of Dylan.
I jumped slightly as my phone began to ring, speak of the devil.
I quickly got up, going upstairs as I stared at the blue screen, my thumb hovered over the green button until the screen went black. I sighed as I threw the phone onto the living room couch and ran my hands through my hair.
It rang again, eventually, I gave in and answered the phone, staying silent.
“Hello? Adelyn, baby I know you’re there I just want to talk,” he slurred, of course, he was drunk.
“You’ve been drinking, go to sleep Dylan, you’re not you right now.” But that was a lie when he’s drunk the real him comes out to play.
“N-no baby, shhhh,” I sat down as I tried to hear him over the music, eventually he said something about going outside and I could hear the sound of gravel.
“Listen to me baby, I love you so much, I have something to tell you.”
“Dylan, I’m going to hang up okay? Go to bed.”
“W-wait! I have a surprise, I’m gonna come to see you, babe!” I felt the color drain from my face, my mouth feeling dry.
I shook my head, “he’s drunk, he has to be lying,” I whispered to myself.
“Aren’t you excited to see me? I’m gonna make you love me again, I promise.”
I hung up, feeling nauseous as I ran my hands through my hair again, massaging the back of my neck, a cold sweat covered my skin along with goosebumps.
I realized I was having an anxiety attack, I closed my eyes and took deep breaths.
“Adelyn are you alright?” Flynn’s soft voice brought me back into reality, he crouched down beside me, a worried expression on his features.
I nodded pulling my hair back over my right shoulder.
“Yeah, I’m fine.”
“You were having a panic attack, do you want me to get Alex?”
“No! I-I mean, no... No, I don’t want to worry him, I’m okay, it’s nothing serious.”
“Are you sure? I know we just met but if you ever need to talk about anything, I’m here.”
I smiled and hugged him, I didn’t care that I barely knew him, I accepted his kind words in the hopes it’d ease my mind.
I pulled away, “You ready to head back down? Their putting on something less scary.” I nodded and walked with Flynn back downstairs, ignoring the pit in my stomach.