Ana Wryneck would love your feedback! Got a few minutes to write a review?
Write a Review

I know Inkitt frowns against authors notes but for the kind of story I plan to create I feel it would be irresponsible not to have one.

Normally when I write a book I explain what got me here and a brief explanation on what to expect but this one is going to be very different.

This is going to be a long one folks welcome to my scary Netflix series. 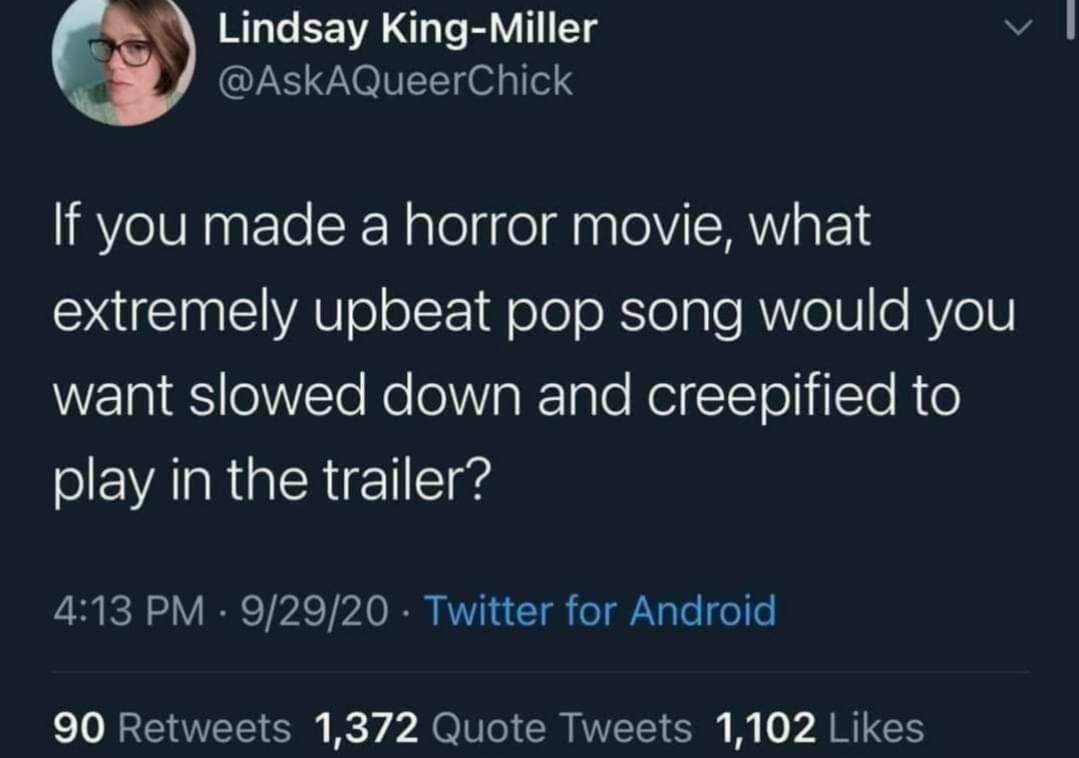 My answer was: Barbie Girl.

Popular kids ask a girl if she wants to go for a ride then do something horrible to her. Her BFF tells her best revenge is looking good. We get a makeover montage mixed with death scenes of all the popular kid’s trailer ending with her dolled up winking at the camera.

It was a pretty fly-by thing but then a lot of people suggested I wrote it and whereas I am a dark writer, I’ve never fully done horror but I gave it a shot and... It’s bad. In a good way. That’s bad.

I took my personal worse fears and things I find terrible and jammed them into a story. Whereas it will have my same dark bubble gum pop feel I didn’t hold anything back in this fiction.

I wrote a world I thought would be beautiful then unleashed something very ugly. I took personal experiences I don’t like to talk about and created people and situations I wouldn’t want to be near.

Like my other stories I like to be morally grey but I will say this: I have no intention of writing a true protagonist.

I know that is confusing but I feel there is a difference between a main character and a protagonist that becomes skewed when the story is in the head of the “Villian” or the Villain has a tragic back story that makes people want to root for them.

I’m not saying who you should or shouldn’t root for. I’m saying: 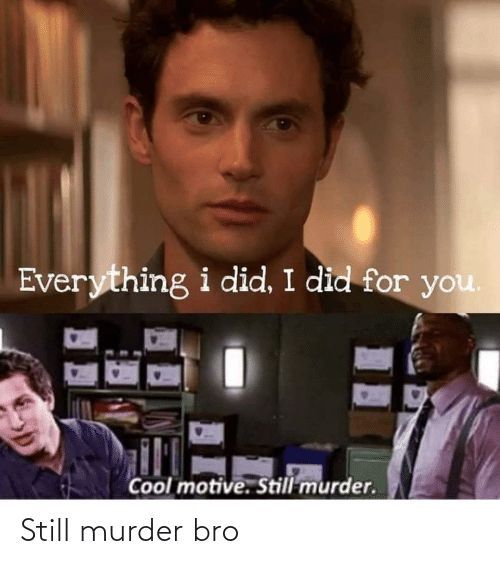 Also... because for some reason whenever there’s a show or movie that is set in high school that isn’t Degrassi level PSA someone has to say: This should have been set in college.

No Janet. It fucking shouldn’t. Not everyone was sheltered so some of us wouldn’t be this impulsive or emotionally immature.

It’s set in high school because the motives of teenagers are very different than that of adults. It’s the time where you have the most freedom with the least independence. I just don’t see an adult having to lie to their parents so save that comment for your blog.

God, I hate this character comments are encouraged.

Despite this being written about teenagers it’s not really for teenagers. I wouldn’t suggest reading under 17.

The main character is Bi. Her dad is a Transman. Her other dad has no label but I guess if I had to he would be demisexual.

Their motives and behaviors are representative of them as people, not the community. Just because I’m a pansexual Demi girl that does not make this an own voices thing.

We the Queople can be bad people too. Or good. Or bone. They are who they are.

Okay, dope. With that said. No identity shaming, no kink-shaming, and I dropped a few Easter eggs in there to ease you into the violence to come.

Not all of it is murder shabby stab but more to test what you the reader is comfortable with. If there’s something that makes you go... Oh, that’s... That’s gross. It’s probably going to get worse. Minus the assaults, I’m not to the level of writing to feel those need a deep description. Anything I do describe is needed for context. Don’t expect worse that’s as bad as it will get.

The story will start as a slow burn and... I go want to mess with your head but I don’t want to like hurt you... I love you reader. So take your time. Okay, that’s the warning.

P.S: This is a teaser. Little hello from the characters. I was thinking about adding music & changing some names and a certain character’s look. I liked the idea of having two main leads “Griffin and Ken” to be two sides of the same coin. Different races but both blue eye popular boys but the more I wrote Griffin and Cassandra the more I began to think of 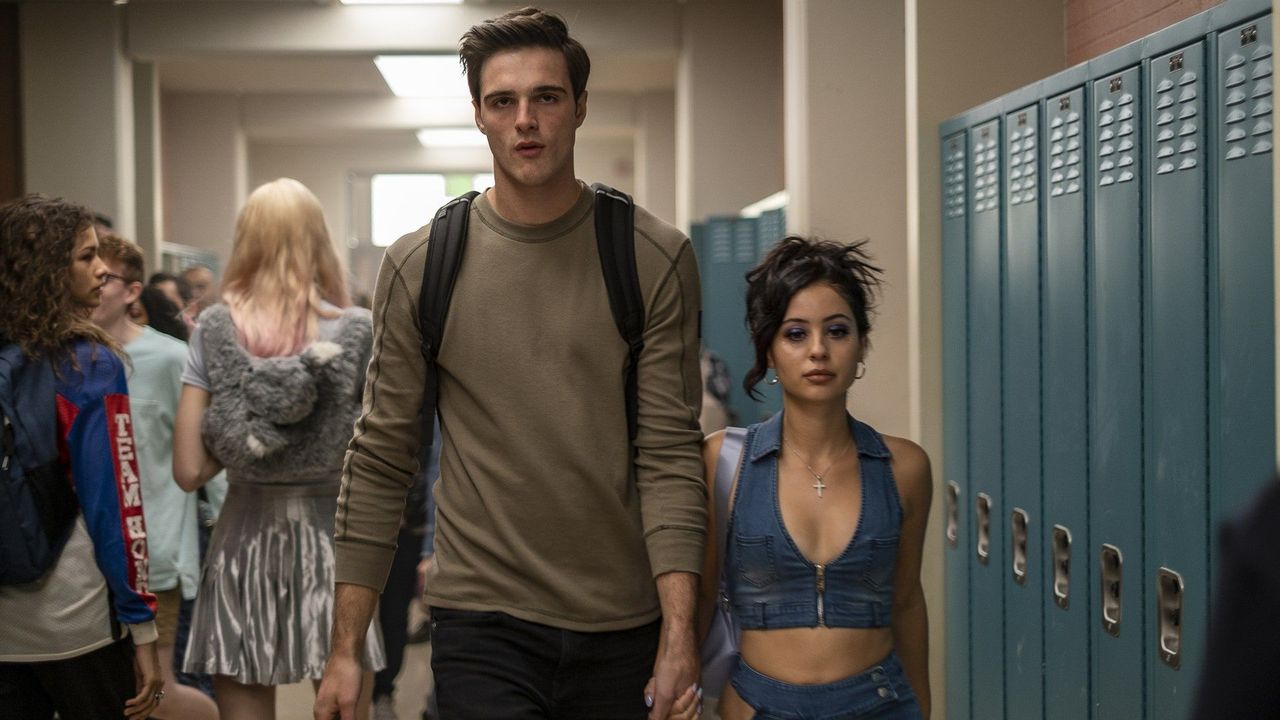 Yep. Just yup. Know that I’m a fan. So let me know should I keep him blonde hair blue eyes or go for tall brunette?

P.P.S: I like thrillers more than horrors. They leave a lot for the viewer to interpret so I’m going to do that here and there. I... I know that’s frustrating but that’s why it’s fun.

Rain: It was the best. It didn't have those cringe cliche wolf story plots, yet it still hit all the right places.

Read Now
Between Love and Hate by Dee Hanna

Lanrev Yakanna: This is s very interesting story, the setting of the story keeps it'd readers coming back for me. I love it very much

Read Now
The Ones Who Saved Us by flsunsets514

Hazellillianstone: Can't ever get enough. Best book I've ever read. Ever.

Deepika Gupta Agarwal: I m so much glued to the story...

Brittany Marie: I absolutely love everything you write! The only book I have left to read is the one about Spence. I can’t get enough of your stories!

Read Now
Under Her Wing Sanctuary Book 3 Final by Paostoryteller

Josie: I don't like abuse part but again this is what i signed in from book 1, a different kind of story. So I'm curious and excited for the end of book and character.

apploveito: Cara is confident about her own body. Didn't want to be just someone else's pleasure by hurting herself. And Lucas was trying to be mature for not forcing the relationship, realizing that it needs more time to think. No rush. Good job!

Umu Shour: U are really an amazing writer author 🥰I have read almost all ur books u are really great 💙💙💙and this one also is muah 💜much love

Verona Verstraete: Wow kent me on edge all the way trough your work is amazing keep up the good work I can't wait to read whatever come next

galaxy_girl: A sweet book. I love how Eden grow up. Linzvonc is a wonderful writer.

Ingrid: I like the story line so far. Pretty good writing skills. I have to get more into the story to form a complete revuew