Mama Hoe ♥️ would love your feedback! Got a few minutes to write a review?
Write a Review

The room was silent. No one’s breath could be heard as they stared at the photos on the laptop screen. Sky had worked violent cases before, where victims heads had been blown apart with shotguns, and partial dismemberment. Even a teenager stabbed so many times you could have used his body to strain pasta.

But this was something else.

Sky glanced at Jason who was studying the photos and she sat beside him, making him look at her.

“Not yet,” He sighed, “I can’t tell who it might be. The face has been completely removed. The photos are a little blurry but if you look here, the teeth have been removed. In this photo, the hands and feet have no nails. Whoever this was, has been scalped as well almost to get rid of any identity,”

“We know it’s a she,” Sky said, “Even though she has been dismembered to the point where it would take an expert to put the pieces back together, whoever it was managed to resist the urge to take her breasts away, so this might not be for sexual gratification.”

Jason shook his head, “This is sick. I’ve never seen anything like it. No wonder Freya passed out. It’s disgusting,”

"I can't see if her vagina has been sewn up or not. The pictures aren't very clear."

"Do you think this is on purpose?" Jason asked.

"Yes. They want us to study the photos. That might be the sexual gratification part but I can't be sure."

“We all know who did this,” Axel said, “I am going to kill that bastard, if it’s the last thing I do,”

“We need to call Reece,” Jason said, “This is way beyond what I’m trained to do. These cases always went to you and Dexter,”

“I’ll need to see the body to have any inkling on the next move,” Sky said, “However, I’m not sure Finley would be willing to give the body up. He has probably thrown her to the bottom of the ocean or fed her to the animals,”

“Sky,” Chelzi said biting into her nails and walking back and forth in front of them, “I think I know who it is,”

“I thought the police had her body,” Zeke said.

“So did I!” Chelzi exclaimed, “It was bad enough seeing what happened to her in the first place! And now this?”

Chelzi let Darcy sit her down and she shook her leg, “Ali had quite a few tattoos and the one we used to laugh about the most was on her lower back,”

Sky flicked through the photos until she found one of the body lying face down, “It doesn’t happen to say ‘behave yourself’, does it?”

“Did you want to explain what that look meant?” Blake said, “And don’t bullshit us with your cop lingo,”

“Reece told me that Ali was with the forensic team,” Sky said, “One way in, one way out. Unless a body is being delivered. The trucks pull into the basement parking, and a small hatch is opened where the body is placed with all their details. There would be someone on the other side to bring the body in on a conveyor belt,”

“The delivery team have to sign in when they go into the basement parking and sign out,” Jason said, “It’s a long process because they have to go to see whoever is in charge that day to do the same thing. Sign in, head to the basement to have their documents signed and then sign out before they leave,”

“If Ali’s body was taken from the morgue, then there is a dirty cop,” Jason said, “You can only get in with a swipe card and if there is a different truck driver, then their details are taken. Often cops have to move the body but there is so much paperwork,”

“You think someone on the inside is working for my brother?” Axel asked.

“More than likely,” Sky said, “I can talk to Reece at the station and-”

“No,” Axel said, “You aren’t doing anything that is going to stress you out. I won’t have you leave this place. It’s too risky,”

“Axel, honey, Koala, controlling-bastard,” Sky said making him smile slightly, “I will be ok. If you are worried, then come with me. My two babies can come as well. They won’t let anyone hurt me. Will you? No, no you won’t!”

Odin and Rocky barked and shook their tails as Sky ruffled their ears, staring at her with so much love.

“Fuck,” Jake said, “Are you fucking kidding me? That god damn sick son of a mother fucking bitch!”

Jake stormed out of the room and Sky excused herself to follow him. It wasn’t hard to find him because he was throwing things around in the other sitting room that was rarely used.

“Are you ok?” Sky asked softly.

“What do you think?” Jake snapped, “That bastard is not only terrorising this family, but he is now threatening to kill my brother!”

“Look, Sky, I understand that you want to help but I can’t call my brother,” Jake said, “We don’t like each other. We are enemies,”

“Only on paper,” Sky said, “Jake, I’m sure he will understand. Tom isn’t stupid and if you call him, then it is serious,”

“The last time I spoke to him, I was using him as a resource to find you,”

“And now you need to call him because he is the one that needs protecting,” Sky said, putting her hands in his, “Even though you don’t like each other, he is still your brother and I’ve met him. He is a total sweetheart. Just like you,”

Jake sighed, “Why can I never say no to you?”

“Because I’m like your annoying little sister,” Sky said, hugging him, “Call him. He isn’t like you who can look after himself. Tom needs your protection and who knows, you can try working on your relationship,”

Jake laughed bitterly and shook his head, “That will never happen. Trust me,”

Jake swallowed hard and nodded, “I...Reece and I met before,”

“And...we kinda, you know, fucked,” Jake said quietly, “I stupidly fell in love with him but he ended up falling for my brother,”

“Fucked up right?” Jake said shaking his head, “I should go and call my brother,”

A/N: This is what Odin and Rocky look like fyi (if you can't see the picture, it's 2 Rottweiler's): 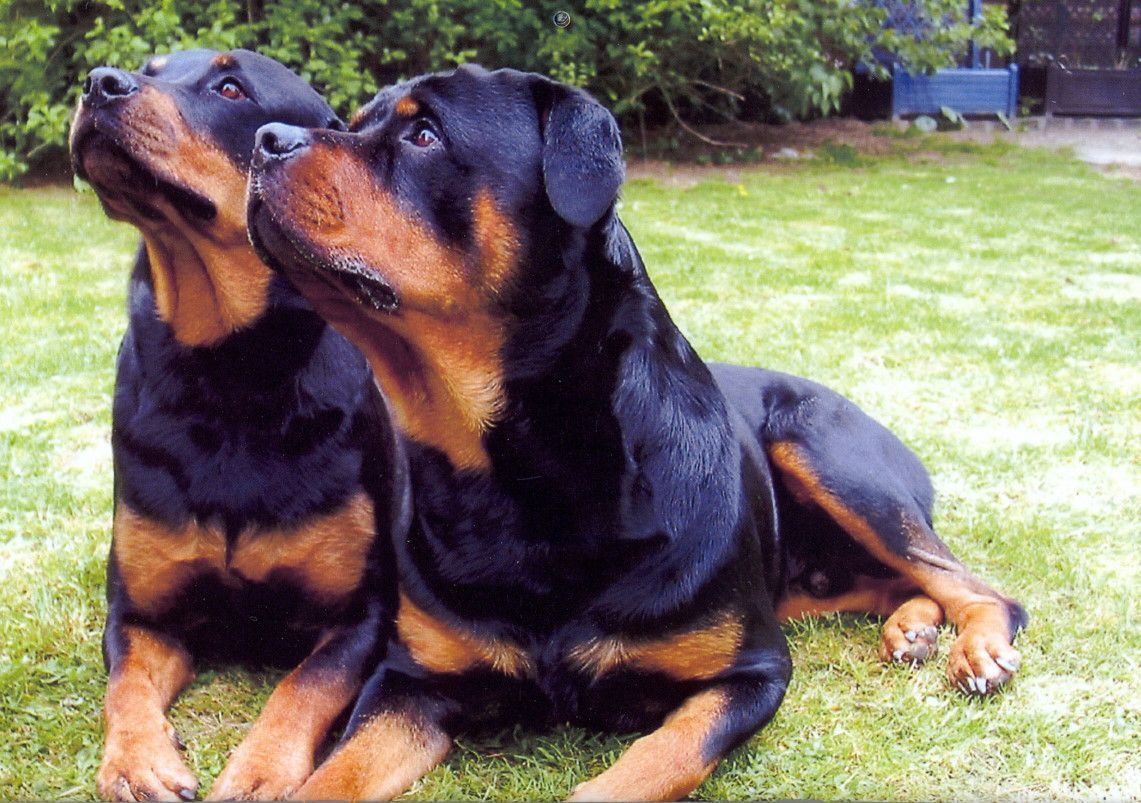 I freaking love rotties. They are such beautiful and soppy dogs.