My thoughts were swirling so quickly in my head that it was hard to follow them. I couldn’t understand what had happened in the short time that she went to get us drinks that had led to the anger and disappointment that were written across her face. Knots formed at the pit of my stomach from the uneasy feeling that whatever it was, it was definitely not good.

“That’s Scarlett to you, you arsehole.” Her sharp tone made my bear and me wince. The rejection and coldness that she exuded were nothing like the closeness that we built just moments earlier.

I took a handful of napkins from the table and wiped the sticky cocktail from my face, carefully considering my next words. “Look, you have to help me out here because I am at a loss as to why you are angry with me.”

“I bet you are. Well then, let me help you out.” Anger like sharp barbs formed on her words. “Did you or did you not sleep with my best friend?”

What the hell! What brought that on?

It was not that this was something that I was going to hide from her or that I planned to lie to her about but it was certainly not a matter that I intended to discuss at this point. She needed first to understand that we were mates and that nothing that happened before mattered. No one mattered but HER. I was certain that this was also how Riley felt about her mates.

My eyes searched for Flame’s. She stood tall next to me, her arms crossed in front of her chest, her lips pursed. Her breathing grew heavier, louder, as her impatience for my answer grew. I didn’t want to keep her waiting but I was unsure what to say so that things didn’t get worse.

“Oh, it’s not?” Her biting sarcasm was like a jagged blade. “So you are not trying to hit on me and get me into bed after you fucked my best friend? What, you have a thing for screwing friends or something?”

“What? No!” I tried to protest but she didn’t seem willing to listen. “You don’t understand. It’s not like that at all.”

“And to think that I actually let my guard down with you today. I told you things that most people don’t know about me.” She spat out the words with such disgust, like they left a bitter taste in her mouth. But it was the regret in her voice that cut me deep.

I hated this. I hated that she felt this way and that I was the cause for it, even if it was not intended. Most of all, I hated that I couldn’t do anything to make it better- I couldn’t change the past.

“Scarlett, please let me explain,” I pleaded with her.

“It is a simple question, Callum. Did you or did you not sleep with Riley recently? And I do not want to hear anything other than the answer.”

I took a deep breath in and looked her straight in the eyes as I braced myself for the fallout. “I did.”

The heavy sigh that escaped her beautiful lips pained me. She swallowed hard before she gritted her teeth. Her gentle hands clenched into tight firsts.

I wanted to explain but the slow, disbelieving head shake she gave me stopped me.

“Don’t. Just don’t,” she said, emphasizing each word as she held her hand up. “Don’t say anything. Don’t come after me. And don’t ever contact me again.” Resolve and anger were wrapped in her instructions.

I watched as my mate turned on her heels and scurried out of the terrace as she left the pub.

Go after her, Callum. Fix this! Mahon roared through our mind-link. She is hurting! Our mate is in pain and we have to make it better.

He was right. But I also knew that she was headstrong, and going after her when she had clearly told me not to was going to piss her off more. I needed to give her some time to cool off, no matter how badly I wanted to do the opposite and how much I loathed not being there for her.

We will, buddy, we will.

Aiden’s castle was enveloped in darkness as I stood in front of it a couple of hours later. It was late at night and Scarlett was meant to be here but there was no sign of her anywhere. I wondered if she perhaps decided to stay with Riley, although I had doubts about that because her best friend was staying with her mates at the Windcrest packhouse.

By now I was worried- there were not many places where she could be at this time of the night. Any, in fact. It was nearly midnight and she was not home, so I was anxious just like Mahon was. I couldn’t shake this feeling that something was wrong, way beyond Scarlett being angry with me.

The sound of the doorbell once again rang across the castle as I pressed it one last time. Even if she was avoiding me, Scarlett would have opened the door to see who was ringing if she was here, but there was no movement inside the castle whatsoever.

Determined to make sure that my mate was okay, I jumped on my bike and was at the Windcrest packhouse twenty minutes later. The wolves were not exactly excited to see a bear Alpha enter their grounds at this time of the night but I couldn’t care less- my mate’s safety was the only thing that mattered.

Still, I didn’t want to cause an unnecessary commotion, so I texted Riley to meet me outside.

I just about parked in the driveway when she made her way to me, worry written on her face. Of course, her mates followed closely behind, but they kept enough distance to give us some privacy.

“Callum, what’s going on? I didn’t expect you to contact me at this time of the night. What’s wrong?

The surprise in her voice was already a bad sign- if Flame was here, Riley would have expected my arrival.

“I’m really sorry to bother you like this, Riley, but is Scarlett with you?”

“Scar?” Her eyes widened as she repeated my mate’s name. “No, she is not. In fact, I have not heard from her since she told me she was going to the Go Ape with someone. Why?”

Fuck! I was convinced that something was terribly wrong by now. Perhaps she hated me for sleeping with her best friend but I had doubts that she would have also hidden from Riley.

“I was the one that went with her to the Go Ape.”

“Okay,” she replied but I noticed the note of surprise in her voice, even if she tried to hide it. “Still, I am confused- why are you looking for her at this time of the night and why here?”

My teeth clenched at the memory of our fight in the pub. I was a fucking idiot for not chasing after her.

“We went for a drink after and.....she asked me if I had slept with you and I told her.”

“What? Why did you do that?” Her eyes widened at the news.

“Of course you could,” she scolded me but she didn’t know that things were way more complicated than she thought. “I mean, I was going to tell her but I wanted to figure out how to explain everything to her first. Shit, Callum- what made you tell her that exactly?”

“It’s not like I intended for her to find out like this. She went to grab something from the bar and then came back furious, asking me straight out. And when I told her the truth, she stormed out and told me not to follow her.”

A groan of exasperation was all the reaction I got from Riley. “Maybe she is back at the castle? I will go to check there.”

“Don’t bother,” I told her flatly. “I just came from there and she is not home.”

“Dammit. Well, thanks for telling me, Callum- I appreciate your concern. I’ll go look for her.” She sounded genuinely grateful but also dismissive of my presence, as if there was nothing at stake for me here.

Like hell we are leaving, Mahon growled loudly, which made Aiden and Rafe move closer to us to protect their mate, even if there was no real need for that.

“I am not going anywhere, Riley. I need to find her.”

“Look, I get that you probably feel responsible but it’s better to leave this to me.”

“No, you don’t get it,” I growled with the authority of an Alpha. “Scarlett is my mate.”

Riley froze in her tracks like someone had thrown a bucket of ice-cold water on her.

“What did you say?” Her eyes blinked rapidly as she tried to process my words.

“My mate, Riley. We both have the mating text. I saw it with my own eyes...and I heard it. We are most definitely mates.”

She rubbed her temples in disbelief, which I would have taken an offence to if it was not for the fact that I had Flame’s safety to worry about. “Shit, Callum- you should have told me that.”

“I know...” Her shoulders dropped with a sigh. “It’s just that we need to figure out how to tell her everything once we find her.”

But it was when she took a deep breath and looked at me even more worried than before that the uneasy feeling at the back of my head intensified.

“There is something else.” Riley pinched her nose as her eyes closed for a brief second. The way she bit her lip told me that whatever it was, it made her anxious as well. “She came here because she is due to testify against some powerful men down in London...it’s possible that they found her here.”

The roar I let out echoed around the pack’s territory. I saw Rafe and Aiden attempt to rush towards us, but Riley waved them to stop. I couldn’t care less even if they came for me- my behaviour could easily be interpreted as a hostile reaction on my part but all shifters knew that all bets were off when one’s mate was in danger and right now, I was ready to take on the world just to get to mine.

“Get your best men ready,” I barked at Riley and her mates. “We need to find my mate.”

What the hell! 😲😲😲 What happened to Scar?

Do you think that Armstrong got to her or is something else at play?

Most importantly, will Callum and the other find her on time?

Intense doesn’t even cover what’s coming in the next 5-6 chapters, so I hope you are all ready for it. Here is a little flavour from Scar’s POV in the next release:

My ears were ringing as I gradually regained my senses and my consciousness, but my memory was hazy.

I had no clue where I was. Just that it was a tiny room in what seemed like a wooden cabin.

Let me know what you think. 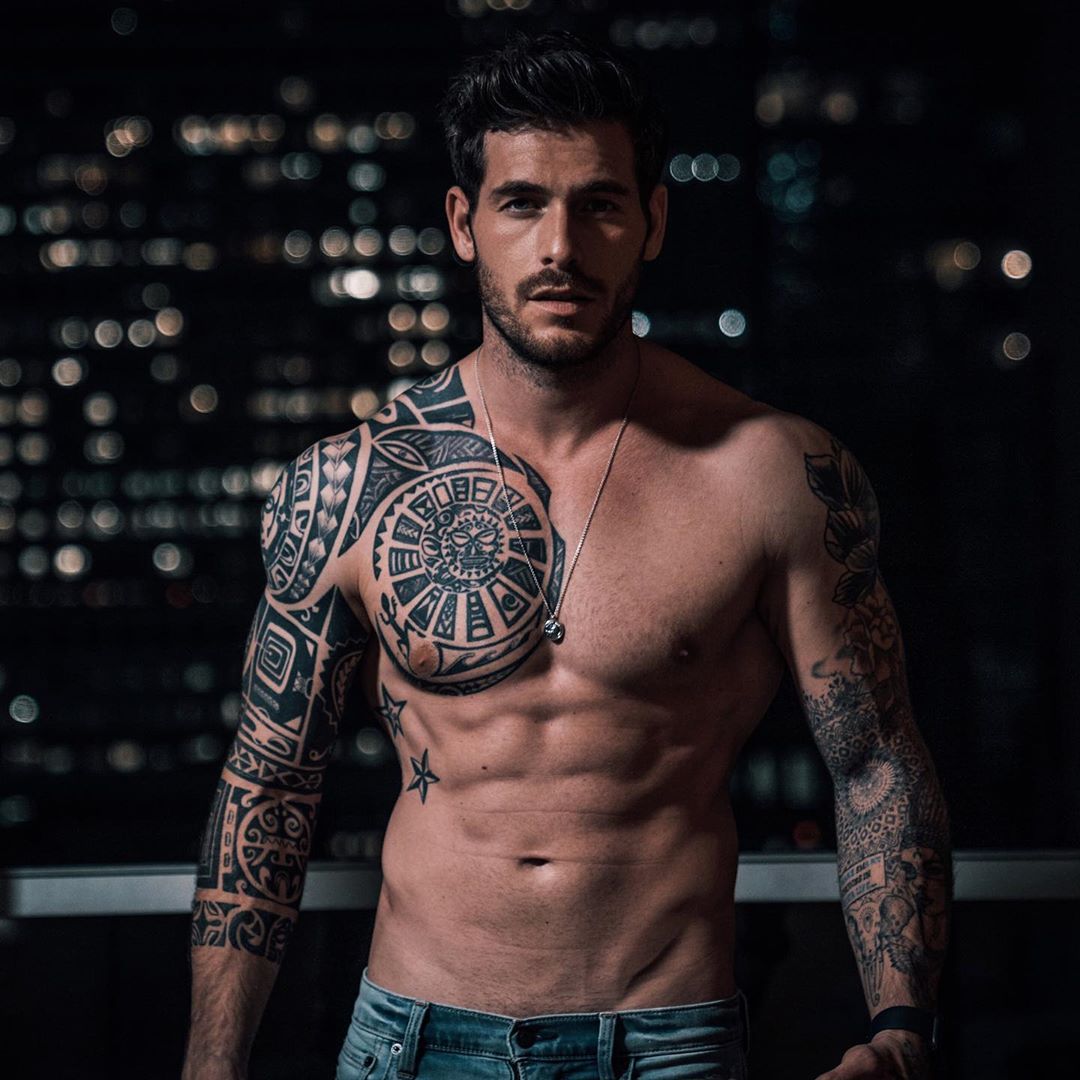