I searched yet another part of the area with Jack and a few of my closest bears but there was no sign of my Flame. Whoever had her knew how to cover their tracks- her scent was all along the road that led from the pub to Aiden’s castle until it suddenly disappeared at one of the banks of Loch Lomond. With nothing to go by, Riley, Rafe, Aiden and I agreed to use our respective shifters to go through all the possible locations where someone could have hidden her.

The lack of leads over the past twelve hours were driving me crazy. My bear was no better- Mahon was pushing to be let out.

Jack’s hand landed on my shoulder, squeezing it just hard enough to get my attention.

“She is not here, Callum,” he muttered with sympathy but I didn’t need his pity. I needed results. I needed her. My mate. His future Luna. And nothing short of finding her was going to quench the fury that burnt inside me, threatening to consume me if Scarlett was not unharmed in my arms soon enough.

“Keep going.” My words came out as a bark, an order that no one dared to dispute. I was the Alpha and, right now, the only thing that mattered was saving her. But above all, they all understood the importance of their mission.

As the men continued to scout this end of the woods, Jack stepped in front of me to get me to look at him.

My eyes shifted away from him almost immediately. “I don’t want to hear it, Jack. We do not stop until I know she is safe and sound.”

His chest rose as he took a deep breath and sighed his reply. “Yes, Alpha.”

Heat flushed through my body when I finally stood there alone. The clothes that I was wearing suddenly became unbearable, almost like they were suffocating me. My fists clenched and unclenched as I tried to calm myself down but my rage was too strong. The pounding in my ears made me focus more on my rushed breathing which made my throat dry. My vision clouded. It was like I was losing myself.

Let me out, Callum. Let me out, Mahon demanded as I was on the cusp of shifting.

We both desperately wanted to go for a run and burn off the anger. We wanted to smash something, to cause destruction- anything to take our mind off the pain we were feeling from being separated from our mate. Part of it was the mate bond which inevitably used its pull to push us to find Scarlett, claim her and mate her. But even without it, I had come to care for Flame in the short time we had spent with each other.

My protective bear nature, especially as an Alpha, always drove me to go to great lengths to keep others safe, but I was unable to protect my own mate. Whoever had taken her was going to pay for this.

The buzzing of my phone snapped me out of my spiralling anger. I took it out of my pocket and checked the message on my screen.

Two rogue wolves were spotted up in Rhu Woods. Last seen heading to Strone Woods meeting point. Could be worth checking them out.

Rogue wolves in the area was normally hardly a reason for concern but our search party was the closest to the area and I was eager to explore all avenues. I texted Rafe back and gathered my men to head over.

The ten-minute drive felt like an eternity in my impatient state. We parked the cars a good distance away from the meeting point and continued on foot to avoid being detected. The area was pretty big, so I knew that the only way to check it all out was to split up. Jack was not eager on the idea but he didn’t have much choice on the matter.

The path that I chose was hardly ever used by anyone, yet it was also the one that I would have used if I was one of the kidnappers- there was no chance of bumping into anyone as most tourists took the main walking routes in the forest.

I moved along it, exploring every inch for possible clues or traces of Flame. The mate pull was intensifying with every moment that we spent apart- her gorgeous smile and bubbly personality were all I could think about. The more she surfaced in my mind, the more resolved I became that I was going to tell her the truth, the whole truth, once I found her.

Focus, Callum- do you hear the voices ahead of us?

Mahon intruded my thoughts but I was happy that he did on this occasion because he was right that voices were coming from nearby. I lowered myself and crept steadily to a nearby tree from where I could check what was going on without being noticed.

Two vehicles were parked in the clearing just below, different groups of people standing by each one. The guys with the van were definitely human- I could smell them from a mile, even if I was not a wolf. The two guys next to the pick-up truck, on the other hand, were the rogue wolves that Rafe had informed me about. I had to suppress my roar when I saw one of them carry my unconscious mate in his arms. Mahon begged me to shift so that he could tear the guy apart but I knew that I needed to be strategic here- I had no backup, and there were five of them against one of me. Above all, Scarlett’s safety was my top priority.

I saw the wolves pass Flame over to one of the human goons who took her to their van, and I knew that this was my opening. I crawled over to where the thug stood, making sure that the rest of them didn’t see me, even though I had nothing to worry about as they were engulfed in their payment exchange. Using a headlock, I managed to knock him out and bring him behind the van so that his friends didn’t notice. My hands trembled as I scooped Flame from the back of the van and brought her close to my chest, just like that first time at Riley’s house. She looked so peaceful in her sleep, so breathtaking.

I moved quietly away from the van but before I could get far, some of my men approached in the distance, which drew the attention of the humans towards me.

“Damn it. He has the girl.” I heard someone shout but I didn’t stop to see who it was. I clutched Scarlett close to me and began to sprint instead.

“Alpha, watch out,” one of my men shouted before I realised what was going on.

Three loud shots echoed in the air, but that was not what made me get on my knees. No, it was the sharp sting as the bullets pierced my skin and perforated my leg, arm, and back.

Worried that I could injure my mate if I tried to continue, I placed her gently on the ground, covering her with my body to protect her from any other shots. The burning, aggravating sensation from the shots gradually turned into pain that spread through my body while blood seeped out of the various wounds. The bullet that went through my thigh exited as quickly as it entered, leaving a flesh wound behind, and my upper arm was more grazed than anything else. Yet, the bullet in my lower back was lodged in there. None of them had hit Scarlett, which gave me some relief, but I knew that I needed to shift to speed up my healing and get her to safety.

The sounds around me were now muffled, my sight turning into tunnel vision. The blood that I was losing was not going to kill me but it was kicking up my adrenaline, and my mind was going into a fight-or-flight mode. Yet, all I thought about was my mate’s safety- I needed to protect her at all costs.

I was just about to shift when tires screeched next to me and the white van came to a halt right beside Scar and me. Within seconds the humans from earlier jumped out and surrounded us. Mahon pushed to get out but before he could, I felt a sharp stab in my back as electricity spread through my body, almost like I had been hit by lightning. Every muscle in my body tensed and I struggled to move at first. A roar ripped through the air as I finally turned around to see the fucker who did this to me. He looked scared to death when he looked at me reaching for him and his taser.

“What the hell? How is he able to withstand the taser?” One of the goons shouted.

On cue, a shooting, excruciating pain spread through me again, shaking my brain like a peanut jar. I fought the pain to turn towards my latest attacker and snap the stun gun out of his hand.

Another zap of electricity hit my body, angering my bear and me.

“What the fuck is he? Why is he not out yet? Again!” The incredulous voice commanded, and I was tasered once more.

If it was not for my gunshot wounds, I would have been in a prime position to rip their heads off, even if they outnumbered me. But instead, my body and my mind were slowly shutting down as Mahon and I desperately tried to resist.

The whole world stood still when I finally hit the ground. I lay there, unable to move. Scarlett’s unconscious face was the only thing that I could see. She looked like an angel in her sleep- peaceful, serene, content. My beautiful Flame. My mate.

My eyelids felt heavy, to the point that it was impossible to keep my eyes open. I wondered whether if I closed my eyes, I could join my Flame in her peacefulness. The idea of being with her, holding her in my arms again, filled my heart with joy. I didn’t need to think about it any further when my eyes finally closed.

Poor Callum- he was so close to getting Scar out of there!🥺🥺

But I promised you that things were about to get intense and this is only the beginning. 🙄

Will Scar and Callum be okay? You will have to wait until Friday to find out. Let me just tell you though, the danger is nowhere near over and nobody is safe.😳😬

Let me know what you thought of today’s chapter and don’t forget to hit Like or leave a review if you enjoy the book :) 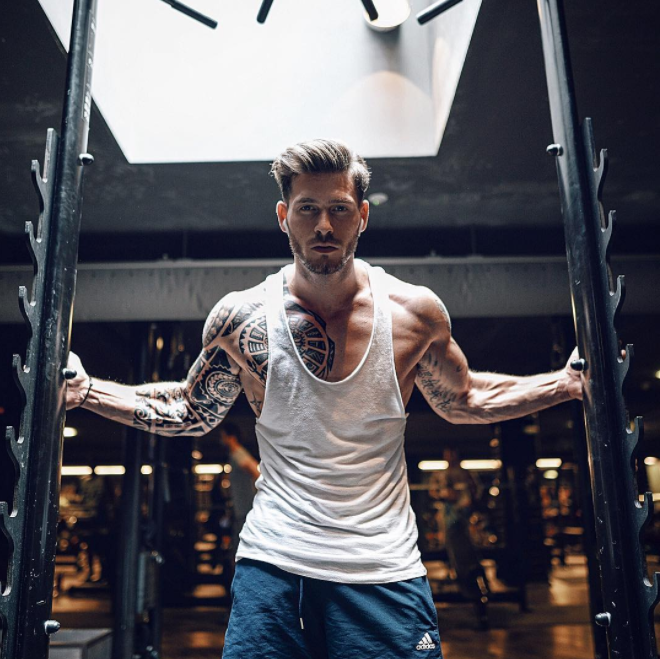