I looked stunned at him. “Surprise?”

“Yes. Come along,” Callum said as we both stood up. He grabbed my hand and led me back inside.

I was puzzled, to say the least, when we passed everything and headed for the storage room at the end of the corridor. I remembered it from when he gave me a tour around the cabin, but there was nothing special about it—just a small room where various things for his home were stored.

But when he opened the solid wooden door, and we entered the room, I was left speechless! My mate, this amazingly thoughtful man, had enlarged the space and turned it into a home recording studio. The floor had been carpeted, and the walls were now covered in acoustic foam sound absorbers. Pressed against one wall was a desk big enough to accommodate all the necessary equipment- computer, digital audio workstation, digital audio interface, mics, monitors, headphones, keyboard, electric guitar...everything that I could need to record my own music was there.

“What….How on earth...I mean...” I couldn’t even form a coherent sentence; I was just so flabbergasted and overwhelmed by emotions.

Above all, I couldn’t believe that he remembered my singing hobby. I had only mentioned it to him once when we had our little heart-to-heart over those crazy Venoms after our Go Ape date. And yet, he remembered!

“Well, you told me about your hobby already, and when I heard you sing to the kids this week, I knew I had to do something about it. You are really talented, Flame- the voice of an angel- and you love singing and writing your own music. It might have started as something to help you with your family issues, but I would love it if music is a part of your life here and not just a secret hobby.” He paused, his beautiful blue orbs never breaking our eye contact. “I said it before already- I want you to always be yourself around me, mate, and to know that you will never be a disappointment for me. Goddess, I thank my lucky stars every day for having you in my life.”

My stupid brain scrambled to say something eloquent in response to his beautiful words and his insanely romantic and touching gesture, but instead, I just stared at him with my mouth wide open, words failing to come out.

If I hadn’t already cried out all my tears for Catriona, I would have been bawling by now. Luckily for me, it wasn’t the case, or I would have been at risk of serious dehydration. I just hoped that crying was not also on the cards for Riley’s mating ceremony later on.

“So……” Callum’s voice broke the silence in the room. “Do you like it?”

Then I realised that I was the stupid idiot who was just standing in the middle of the room, not saying anything since we entered. So I jumped into his arms and peppered his face with kisses, my legs wrapped around his waist while my arms encircled his neck. I never wanted to let him go. My love for him was infinite and yet, it was like it grew stronger every day.

“I will take that as a positive answer,” Callum chuckled.

“Of course, I love it. But how did you manage to do this without me even realising?”

“That was the easy part. You were so busy getting to know the sleuth and spending time with the kids that the boys and I had plenty of time to work on it every day. It was way more difficult to get all the right equipment because I had no idea what I was looking for. The guy at the shop in Glasgow assured me that this was the best on the market.”

That guy was definitely right- the whole thing must have cost Callum a fortune.

“I just don’t know what to say. Words cannot express how grateful I am, Cal.”

“Cal?” He raised an eyebrow at me for his new nickname, but it was only fair. He called me Flame, after all, and Callum was just too formal by now.

“Just take it and kiss me, Alpha.”

“Fuck, mate, it drives me crazy when you call me Alpha,” he groaned and pressed me against the foamed wall. When his lips finally met mine, I melted into his embrace, pouring all of my love for him into our kiss. Admittedly, I was not very happy when he pulled away but apparently, he still had something else to say. “Before this goes any further, there is something else that I have for you.”

“What?” I exclaimed, shocked. “Another surprise?”

“You’ll need to wait and see.”

I was still wrapped around him as he walked out of the studio and made his way to the stairs, getting us to the bedroom in no time. There was a slight suspicion in my head that this was just his cunning plan to get us both into bed again. Until I saw it…

A huge, luxurious black box with a red ribbon tied across it.

I looked at the box, in disbelief that he had another surprise for me. It wasn’t even Christmas or my birthday, and he was showering me with gifts. Damn it, this guy is setting the bar way too high for our relationship.

Gently, Callum laid me on the bed next to the mysterious gift and nodded encouragingly towards it. “Open it.”

“Come on, Flame- you kind of need to. This one is kind of important for today.”

Important for today? Shit, he knew how to pique my interest.

Without any further hesitation, I slipped the ribbon off the box and removed the lid.

I couldn’t take my eyes off the gorgeous deep emerald tulle gown in my hands. It had a beautiful A-line silhouette, with the fluffy, tulle skirt extending from the waist and flaring slightly over the hips. The plunging neckline and the front thigh slit made the gown incredibly sexy but in a very classy, elegant way. 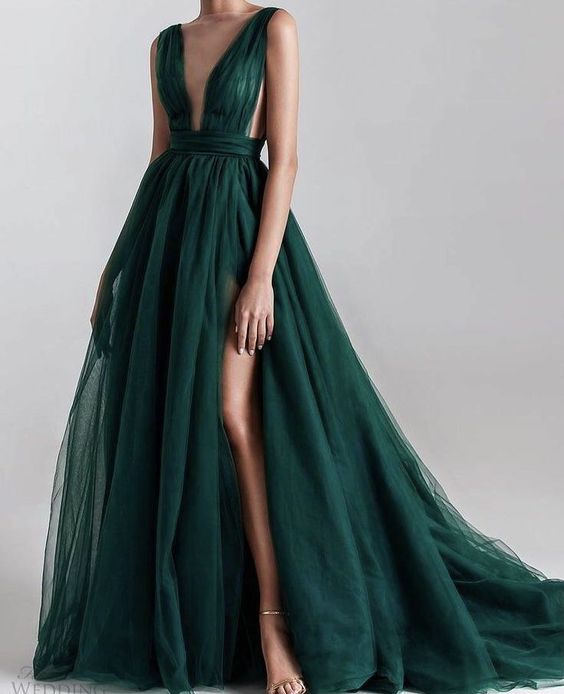 “I know that you planned to wear one of your dresses because you didn’t have time to look for another gown.”

“So you got this for me,” I beamed. “It’s perfect. How did you know my size though?”

I should have known that my best friend was involved somehow.

“That’s not the actual gift. You needed a dress anyway, and I needed an excuse for this particular gift.”

My face scrunched up in confusion because he was talking in riddles- I had no clue what he meant. I watched with interest as he walked over to the bedside table and pulled the drawer, grabbing a small velvet box out of it. To say that my heart hammered nervously while I waited for him to join me again was an understatement.

“Please tell me that’s not a ring in there,” I shrieked unintendedly.

An inner sigh of relief went off in my head when Callum laughed at my ridiculousness. I didn’t mean to react like that- I would have said Yes if he was proposing, even if we were already mated, but I was just not prepared for that right now.

“It’s not a ring, Flame, don’t worry. Here, have a look for yourself,” he reassured me and gave me the box.

Oh my! It certainly was no ring. Instead, inside the box lay a beautiful golden jewelled pin of the Highland Bears crest. The details were a work of art, the whole pin the definition of a masterpiece.

“I had it made especially for the occasion. It will be a shifters event, pretty much, and I want you to feel at home there. Everyone should know that you represent the Highland Bears and they will pay their respects to the Luna.”

I could sense it in his tone that the pin meant a great deal to him, and his explanation, once again, turned me into a melting puddle.

“Maybe not officially at the moment, but you have very much been the Luna of this sleuth ever since you got here. Even without realising it, you’ve been acting like one, caring for the bears and listening to them just like a Luna would. So you have every right to go to the ceremony as the Highland Bears Luna, my love.”

Jesus, I was done talking. One more word and I was going to combust from all the emotions that were going wild inside me.

Slowly, I began to undress, losing one piece of clothing at a time.

“Are you going to try the dress?” My mate asked, surprised, although I could see the fire that ignited in his eyes as he followed my every move.

“No, I’ll keep that as a surprise for later.”

An excited roar escaped his throat. “So, what are you doing then?” He circled me like a predator waiting to pounce on his prey.

I didn’t have any presents for him. Not right now, at least. But I had one gift that I could give to him. A gift that I planned to shower him with over and over again-- my love. The same unconditional love that he gifted me with.

“We have a few hours to kill before we need to get ready. How about I show you just how grateful I am, Alpha."

And here it is, lovelies.

I don’t even know what to comment here. Callum is just😍❤️‍🔥

I often get comments from disappointed SaO readers when they find out that Callum isn’t Riley’s mate but writing this story has convinced me once more just how perfect Scar and Callum are for each other, just like the triad! I truly hope that you also feel the same way 😊

With that being said, I promise that the next chapter will be at the ceremony...I will not get tempted by Scar/Callum smut (*she keeps telling herself*).

Keeping my fingers crossed that you’ve enjoyed today’s double update. Note that because of it, the next chapter will probably be out next Friday(ish). I have a pretty packed week at work with some pressing deadlines that will require some work in the evening, so I don’t think I would be able to squeeze in an extra chapter in between.

I hope that you are all having a lovely weekend.

p.s. Here is a picture of the dress that Callum got for Scar. I hope you see it but if not, it should be up on my profile shortly with the chapter announcement :) 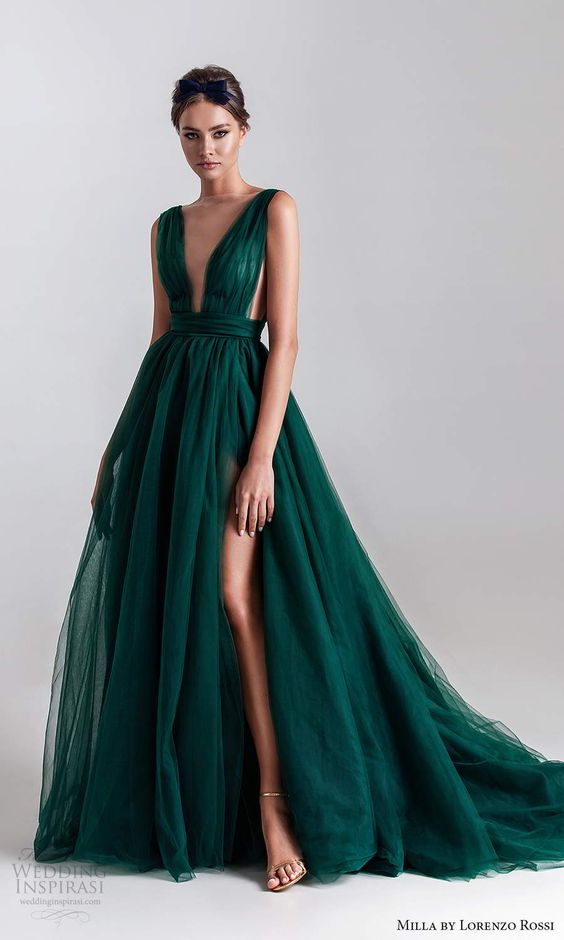