OMGVOPPA would love your feedback! Got a few minutes to write a review?
Write a Review

Enjoy! :) Also I changed the name of your best friend from Ann to Tzuyu since I tagged Twice in this book...

″We have special guests coming to our school for a competition and they will be participating in the competition on behalf of our school. They are the very popular band ..BTS! They will be arriving next week and selecting one of our students to sing with them at the competition. Start practicing! ″You had a good voice and loved to sing and dance. You had a horrified expression on your face.Your friend turns to face you with a shocked expression. From then, she kept reminding you of it. Little did she know about your past relations with them...

It was Monday. It had been one week since the principal had made the announcement and today was the day your life turns into hell...

You took your books from your locker and went to class with Tzuyu. You were sitting in class not giving a damn to what the teacher was saying but suddenly the principal’s voice was heard over the PA System:

Your heart skipped a beat. You were a bad ass bitch but you never got in trouble. Never. The whole class was staring at you and you hurried your way to AV Room. You stood before the door of the room. You took deep breaths and pushed the double doors open.

There you saw all of them standing next to each other beside your principal who was grinning at you. ‘Great, now she’s gonna embarrass me in front of them too!’ you thought. But then she motioned you to come ahead and sit down. The boys sat down next to you. “This is BTS. You must have heard the announcement I made on the first day. So, the audition tape that you had submitted was selected by BTS. Congratulations! You are the student who is going to represent our school and sing with BTS!”

You didn’t know what to feel when you heard that last statement. You felt sad and happy at the same time. You just stared at them with wide eyes. Then, Jin snapped his fingers to make you come back to reality. “I didn’t know it was you until I heard your voice.” Jungkook smirked. You then realized you hadn’t said a single word since you entered the room. Your eyes were filled with rage. Just then the principal came back and whispered to you, “They claimed to have been related to you in a very close way so they will be staying at your house. Good luck! Practice hard!”

You had a really bad feeling about this. You wanted to deny it but the principal wouldn’t listen. You sighed and walked to them. “Why did you choose me?” you blurted out. “Come on kitten, we all know you wanted it to happen...” Jungkook said. “Nope I did not want it to. My best friend forced me to do it because she likes you.” you said calmly. Nobody needs to get on your bad side or the bitch will come out to play. “Well, a lot of girls like me... Even you did. But you’re the only one that I was ever interested in.” Jungkook said more like confessed. But it was too late. You already knew him too well to get trapped in that.

You weren’t really listening to what he said but an idea struck you. You took out your phone and dialed your boyfriend’s number.

“Sup, babe?” you said. Everybody’s eyes widened when you said ‘babe’, especially Jungkook. You purposely put it on speaker and since there was some construction going on outside the school, it was an excuse to keep it on speaker. “Nothing much. Just hanging with my friends. What’s going on?” Mark asked. “Well, my audition tape got selected. That’s all so far.” you were calm while answering. After all, you didn’t actually expect it to happen. “That’s great news! You’ll get to sing with one of the most popular bands in the world!” Mark was even more excited than you. “Well, I’ll be coming and your ‘one of the most popular bands in the world’ will be staying with us. So, empty the guest rooms. And I’ll see you later. Bye” you said. The boys were staring at you open-mouthed. “Y-you have a b-boyfriend?” Jungkook asked. You just smirked and cut the call. Little did he know that when they had left you, you had become filthy rich. You had worked a lot. You went to the stage and started singing. The others smiled and joined in.

The bell rung signaling the end of school. You were sweating. You had been practicing for too long. You just picked up your bag and signaled them to follow you. You sat in the car and the others buckled up. Jungkook was seated next to you in the passenger seat. You started the car and drove to your house. More like mansion. 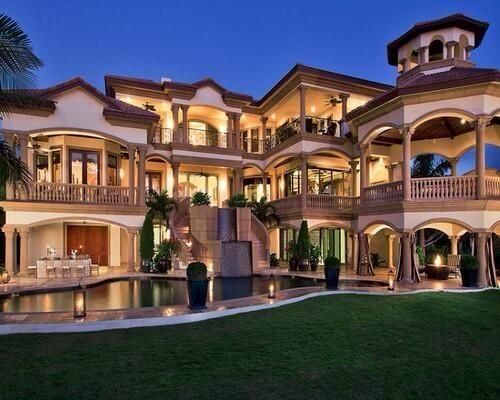 You unlocked the door and yelled, ” I’M HOME!” Mark, your boyfriend appeared from around the corner and gave you a big hug. You hugged him back and threw your backpack onto the couch. They all were shocked. You just had lunch like any normal day but the only problem was that Jungkook was glaring at you and Mark all the time. You glared back at him and he looked down. The rest of the day was spent practicing and watching anime. You all finished your dinner.

Then you all went to sleep in your respective rooms. Around midnight you heard your room door creak open. A black figure entered. “Mark?” you asked. “Wrong, kitten.” You realized something.

The both of you thought, ‘Shit is about to go down...’

(A/N): LOOOOOONG CHAPTER! Hope you enjoyed it! Took me a lot longer to write this than how long I thought it would take. I didn’t have time to cross-check so ignore any errors. Wait for the next update! Don’t be a silent reader! The next one will be late so I made this one long. Take care! :)