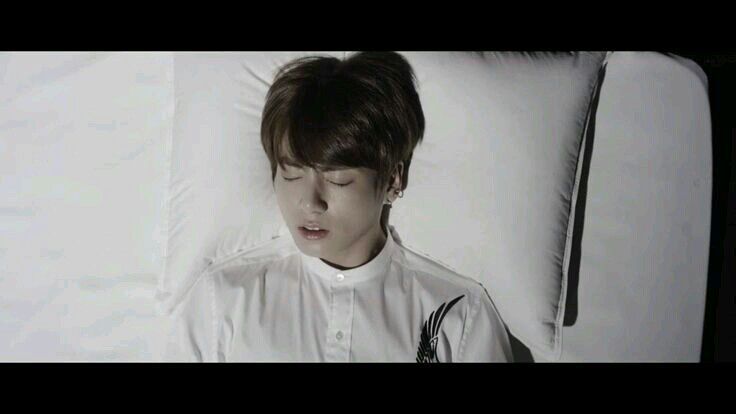 After a moment of silence, along with the salty-face that So-jung wore as they returned home with the bought meat in hand, So-jung and Hanseok returned as quickly as possible wanting less amount of time to spare, So-jung with a mere time glancing at Chin-hae every once in a while. Momentarily, protesting on the loss of his contact with Chin-hae, So-jung wished to remember every single moment of inattention. He wanted to spare his time with Chin-hae, just watching him throwing his head back with his small laugh makes him happy seeing Chin-hae is happy too however, grabbing on that Yoon guy’s arms as he lost his balance while a lot of girls are spying on Chin-hae’s cheerful face along with Yoon and Joonie’s appearance is very unpleasant. Living without Chin-hae isn’t pleasant nor fun, seeing him with that Yoon guy make him sad and angry and his congested thoughts about that guy along with all his failures and inattention towards Chin-hae is making him feel anxious and a little unwell. As Hanseok and So-jung walk home, the trees on the shore excursions is swaying from the soft breeze of the winter month engulfing the beach with brume. “Hyung.” Hanseok begun staring blankly at his hyung in deep thought. “I saw Joonie and that Yoon guy with that blonde guy.” Hanseok paused observing his hyung’s reaction. “That blonde guy, is he Chin-hae?” So-jung stopped walking turning to his dongsaeng with a straight face. The atmosphere quickly changed, Hanseok’s fingertip twitched as the cold breeze freezes his body, he looked down at his shoes pursing his lips in disappointed. “It doesn’t matter, he’s happy. I’m happy too.” Hanseok frowned looking up as his hyung’s response. “Hyung-” So-jung interrupted his dongsaeng. “I said it doesn’t matter.” So-jung snapped scaring his namdongsaeng. After a small argument, So-jung forgave his dongsaeng having a quick talk under the cold winter’s breeze the two arrived with a jovial and happy atmosphere. Jeongin ran in to hug his hyung on the back while staring at Hanseok mouthing “Why are you smiling? Did you two?” Jeongin winked. “Yah! What are you doing? What are you whispering about?” So-jung asked that makes Jeongin run away from the front door before So-jung started to chase Jeongin outside. “I love the way So-jung love.” Hanseok turned to face So-jung’s mother. “I never seen So-jung this happy before, until Jeongin came back.” So-jung’s mother chuckled while cutting the onions, Hanseok frowned. “I saw you both came in with a smile on your faces. What happened?” She smirks, Hanseok couldn’t help but smile. “I’ve told him silly jokes that my grandmother always tell me.” Hanseok had a smile on his face while stating those words. “You seem to have fallen in love too.” Hanseok snapped caught off guard. “U-uh no. I have a girlfriend.” Hanseok lied. “Oh, that’s a waste.” So-jung’s mom giggled grabbing one of the meat as she chopped it into pieces. “How come you don’t scold So-jung hyung about dating girls instead guys?” Hanseok asked as if he’s curious. “He can love anyone he wants, I love just the way he is.” She said putting the chopped pork in the pot and started cooking. “Auntie, do you know Chin-hae?” Hanseok asked but as soon as So-jung’s mother is about to reply, Jeongin and So-jung came running and their heavy breath and panting is the only thing that filled the room. “So-jung go take a bath, you know it’s not good for you to tire yourself.” So-jung’s mother dictated. “Hanseok let’s go for a walk!” Jeongin chimed dragging Hanseok with him leaving So-jung alone with his mother. “Before you take a bath use your ventilation to ease your breathing okay?” She ordered pushing So-jung in his room.

After he took a bath, So-jung told his mother that he’ll be resting for a while. Before he could rest, he pull out his sleeping pills emptying it. He shove the pills in his mouth as he remembered all what Yoon and Chin-hae says. Swallowing it dryly, tears poured out his eyes, as the reminiscent of Chin-hae’s suicide attempts make him think twice. “If I kill myself, who would have stopped me?” “If I died in this very place, would he know?” “Who’d he even care?” “Will he be sad?” “Will he kill himself too?” “What about my cousin?” “What about my mother?” “Hanseok?” “Will the pain be gone if I end all of this?” “Will I be okay after this?” “Please help me.” As soon as he heard the knocking and Hanseok’s voice on the other side. So-jung fell on the floor before Hanseok could even open the door. “Don’t tell them.” So-jung shake his head placing a finger on Hanseok’s lip. Hanseok stared at the mess and started to clean up the mess. As soon as he’s done cleaning. So-jung asked for Hanseok’s help. “Bring me my ventilator.” Hanseok nodded scrambling to his feet as he handed the ventilator to his hyung. “I thought this won’t hurt.” So-jung replied smiling at his dongsaeng. “Hyung...” Hanseok started but So-jung interrupt him. “I miss him.” So-jung whispered staring at his Hanseok’s innocent eyes as Hanseok watch his hyung tear up in front of him, it hurt Hanseok in anyway. But as soon as So-jung fell asleep, Hanseok whispered. “It’ll be okay hyung, I’ll protect you.” Hanseok whispered on So-jung’s ears, placing a soft kiss on his hyung’s forehead. After an hour or less they all have dinner. A small smile showing on So-jung’s face as they eat dinner peacefully.

“Am I missing something important? Or have I lost trace in your eyes? Hyung, please love me back.”