“All the things my body once did by itself, it does now only by special order ... A single moment of inattention and I forget to breathe”. 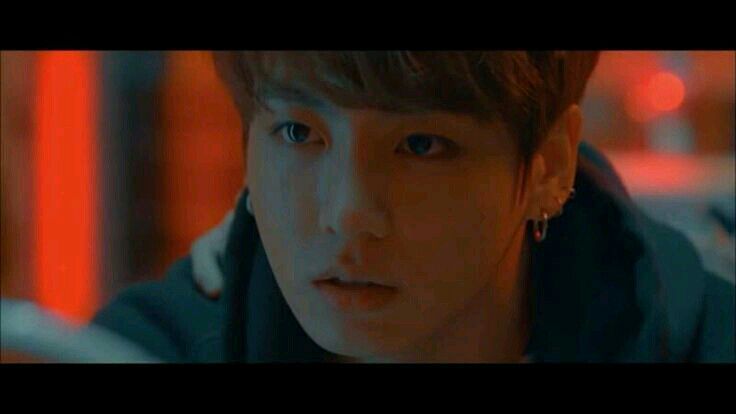 “So-jung-ah! Wake up!” He slowly opened his eyes hearing the voice, it was shaking him awake. The voice sounds distress and scared at the same time. “Don’t leave me!” The voice cried out but soon fade away. And interrupted by his cousin’s voice. “Hyung wake up! Have breakfast!” The sun burns his face as it shines thoroughly. He grunts as he pushed himself up, removing the mask attached to his head. He cupped his head as he sighed. “I kept having these dreams. It makes me crazy.” So-jung stretched his body and leave his room to have breakfast. Meanwhile Jeongin’s friends are outside running around like children, So-jung smiled to himself as he remembers him running around with his spread out while laughing gracefully.

The sound of the chair rung onto his ears as he snapped back to reality. He turned to face his cousin who stared at him with worries in his eyes. “Hyung, I hope it’s okay to ask you this question but about last night, when you stopped at the middle of the road, you were crying, it worry me, and who is that someone?” Jeongin asked choosing his words carefully his voice filled with concern. So-jung sighed, placing down the cup that is nearly emptied. He turned to face his cousin once again, staring at his cousin’s pleading eyes, Jeongin was seriously concern and sincere. So-jung cleared his throat.

“Remember when you ask if I have fallen in love? And I answered that I could bear with love?” So-jung paused as he fidgets with his fingers, lips purse, as he breathes heavily. “He was someone I love, and because of my sickness, he sacrificed our relationship, leaving me.” So-jung tried to calm himself as tears started to form in his eyes. Jeongin stayed silent for a while until he broke the silence. “Hyung, do you still love him?” Jeongin asked building up his courage to ask his hyung a question as if he set an interview script. ” No, I don’t love him. I still trust him. Even if he broke my heart, I still respect him as a person. I consider him as a friend. That’s all.” So-jung replied in a stiff and dead voice, Jeongin blinked twice. “Want another glass of coffee hyung?” Jeongin changed the subject before it becomes awkward.

“Jeongin! Come help me with this!” So-jung’s mother called out at the door carrying a sack of rice. He didn’t bother helping as he walked outside as soon as his mother walked in. He wore his white sweater as he enjoys the fancy air around, the weather was warm, enough for him to sweat a little from the scorching sun above. He never did his chores as much, he would just run away from home until the sun goes down. He knew he never left for So-jung’s own sake, there is something more than that, and he is about to find out.

The sun was burning his skin under his white shirt as the wind involuntarily blow away his sadness. He smiled spreading his arms, it was like this routine makes him happy and feel the eleutheromania (a/n eleutheromania meaning: n; an intense and irresistible desire for freedom) lingers just before his eyes. The feeling of not drowning, not being cold for once, being saved once again. So-jung opened his eyes. He sat at the pavilion, he hanged his feet just above the water.

“Hyung. Do you know where they sell soju around here?” One of Jeongin’s friend asked. So-jung turned to see his dongsaeng’s face it was Jihoon, the younger smiled. “Yeah it’s far from here but we could walk around the shore it’s a mile away from here if we take the shore.” So-jung replied. Jihoon smiled wider and called out the others. “Yah! We need to tell Auntie about this before we go.” Jeongin said as he run to the house, So-jung stayed at his place waiting for them to start walking. “Hyung have you drink soju before?” Jihoon asked smirking at So-jung. “I’m older than you, so I’ve tried it many times.” So-jung replied standing up walking to the shore as Jeongin appeared running together with So-jung. “Yah! Wait for me!” Jihoon called out running to the group.

Around thirty-minutes they arrived the town where they sell tons of soju, the town is having a festival of soju. “I guess it’s our lucky day then.” Jeongin elbowed his hyung as they approached the tent, less people more fun, they ordered their side dishes as they drunk themselves. “Cheers!” They said in unison. “Yah! Jeongin! How did you convince my mom?” So-jung asked his cheeks red from the drunkenness. Jeongin cleared his throat. “I told her that we’ll celebrate! Y-you wanna know her response? She told me about this soju festival in this town. I didn’t expect her to say that!” They all started laughing. “Your mom is so dope!” Jihoon yelled throwing his arms around shocking the other customers. It was a loud and fun night, So-jung have drunken himself. And started talking about his love. “He saved me.” So-jung shouted while tears burst out his eyes and the others laughed at him.

And he started talking about May 22.

“I thought my body was floating in the air but in no time, I was on the hard ground. I didn’t feel anything at all for a while. My whole body just felt unbearably heavy, so I couldn’t even open my eyes. I couldn’t even swallow or breathe. I was losing consciousness and my surroundings gradually became dim. Then suddenly, as though shocked by something, my whole body jolted in a spasm. Amidst the pain and thirst that I couldn’t pinpoint, I opened my eyes involuntarily. I could see something flickering beyond my range of vision, with my eyes feeling like they were full of sand. I thought it was a light, but it wasn’t. It was bright, and big, and dim. It didn’t move and hung in the air. After I looked at it for a while, its form gradually became more clear. It was the moon. The world was upside down, maybe because my head was bent backwards. In that world, that moon was also hanging upside down. I tried to cough so that I could breathe, but I couldn’t move. Then I felt a chill. I was scared. I moved my lips but no words came out. Even though my eyes weren’t closed, everything was getting dark. In my fading consciousness, someone spoke to me.”

He didn’t stop talking until So-jung fainted. After they got drunk, Jeongin ran back to tell So-jung’s mother that his son is in the hospital after he fainted.