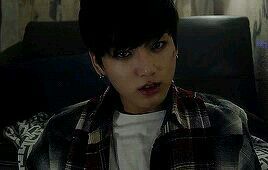 So-jung curled up into a ball once they got back home. Those words keep ruining his senses. ‘You stay away, that’s why he left you. You’re obsessed.’ Those are the kind of words that stays and hurt you occasionally, when you feel good, bad memories comes back and ruins it. It’s hard to fake a smile when you are already broken for a long time, but does everyone say that the longer you are hurt the stronger you get, well in So-jung’s case, everything is just pretension.

None of his emotions are real, he knew everything will change, someday. But for now, nothing will change, as what the guy said... he’s the one that left me. All So-jung asked himself...“Why?” So-jung clenched his fist trying to stop his tears from failing him again. Abruptly, a knock invaded his solemn world. “Hyung? Dinner is ready.” He heard his cousin’s voice from behind.

He felt like Chin-hae is trapped in something inescapable, tears streaming down, failing Chin-hae and himself. He wanted to climb the highest flights of Seoul tower where he would breathe in the cold air freezing his lungs as he takes his life jumping off the railings. He doesn’t want any of his dongsaengs mourn or hurt themselves, that’s why he’s trying to stay alive for them, however he felt he’s failing to save everyone. He remembered Chin-hae where they first met. He was visiting his father at the hospital where he saw Chin-hae in someone’s arms his wrist have cuts, his lips are pale as his skin, he had his eyes closed.

A black-haired guy with as pale as his skin carried him to the emergency room. He can’t help himself but follow the guy all the way to the ER where he watched his limp body being taken care of. The black-haired guy sat on the waiting room, he had his hands over his face as he cried silently.

Day after day, Si-jung visiting Chin-hae in his private room where the black-haired guy slept, he had his hand in between his thigh. So-jung continued to visit Chin-hae, bringing him flower with hidden letter in it. Hoping that when Chin-hae open his eyes, he would see these flowers and be reading the letters where So-jung written, ‘I’m proud of you, don’t attempt suicide again, it hurts the people that loves you.’ As week three passed, Chin-hae was now conscious.

He had read all the letters as soon as he read the last letter the door on his room opened where he saw So-jung with the flower in his hand, he had his head down. Chin-hae spoke it startled So-jung. “Gumawo.” Chin-hae said in a hoarse voice. “But you don’t know how I felt that night.” Chin-hae added. “I know how you felt. And yes, we all think death is the answer. But no, I’ve realized it now. There are many people who are willing to help you feel better, I’m one of them.” So-jung smiled that made Chin-hae smiled to, he doesn’t want to forget this moment, where someone tried to save his life with simple flowers, simple letter and simple words. It was the time where his heart fluttered for someone.

And that’s where he knew he won’t be alone anymore. “Gumapta...” Chin-hae thank him, in realization So-jung spoke. “So-jung.” So-jung smiled handling Chin-hae the flower. “Chin-hae.” Instead of grabbing the flower, Chin-hae grabbed So-jung’s hand. Unexpectedly the black-haired guy came in, he stopped on his track. “Sorry, I’ll be outside.” He said he closed the door with his head down. It was the day he started loving someone.

So-jung opened his eyes, wiping his tears. “Coming!” He called out once again joining the dinner. He was glad he had caring people around him. The night’s fun and memorable to everyone and for So-jung himself. They teased each other, played games and make corny jokes like an ordinary family. However, So-jung’s mind is occupied by Chin-hae’s smile, he couldn’t get Chin-hae out of his mind.

Every time he feels happy, occasionally these awful memories begins to pile up on his shoulders until he couldn’t breathe anymore. Speaking of awful memories, these are the things that So-jung doesn’t want to remember or recall, these are the memories that make him stick in the past and the worst part is that he intends to stick in the past where he was living in the past, where his nightmares comes alive, where his demons drag him down where he couldn’t be found until he gave up on his life.

And this time no one will be able to do anything, no one can’t save him, not even Chin-hae himself. So-jung’s father reminds him that life is unfair, just like that. Everything that happened in his life so far is full misfortunes that even the god of time and space cannot change what was in the past.

It’s the most unfortunate thing in his life, that no matter how happy or broken he is, at the very end of the tunnel there is still the unfairness of the world where he won’t be happy nor be happy. If dying is the only way to escape his nightmare, it would be the first thing he had done a long time ago. In surprising circumstances, somehow, So-jung felt thankful for the life and for the family.

If help would come back, he would raise his hand even if it tires him, because he knew that someday help will come and probably save him from his deep sleep. He is imagining a world where there are smiles and they are all happy, everyone in his dream are happy and having fun.

None of them are frowning or burying a burden inside them. It’s like euphoria is with them. In his dream, he wore a yellow coat and underneath it was his white sweater that had been longingly for freedom. He had a smile on his face where he had his head facing the blue sky, where there is no sorrow or dark mornings. Where everything is fine and possible.

Where all the bad things that happened in his life has been undone. However, these images and scenarios are just illusions, dreams that won’t happen in this world. That all his mistakes are glued to the past, in his memories, in his life.