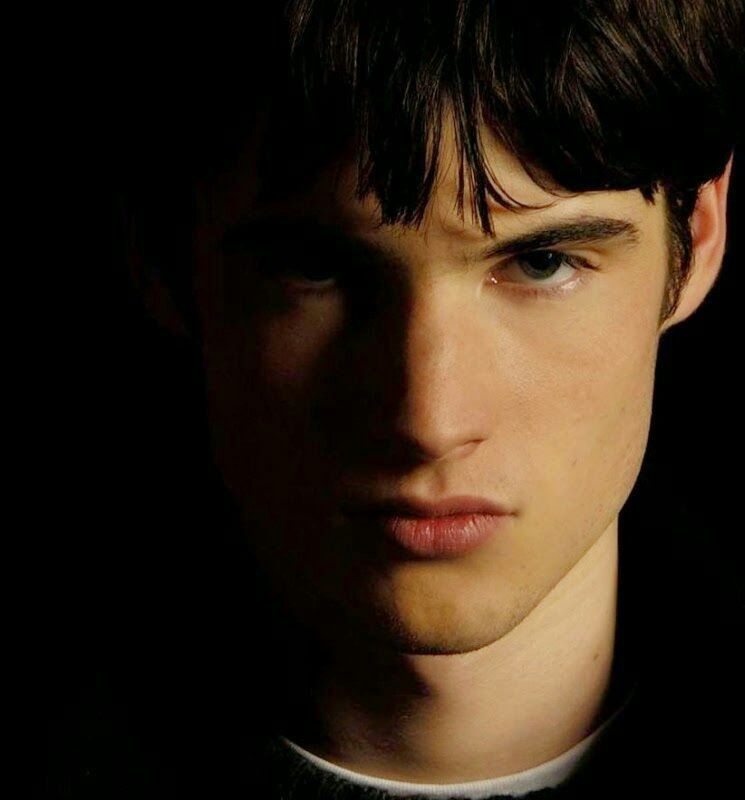 Anyone that knew Tom Riddle could tell you he was a charming young man. Handsome and appealing, he was everything a model Hogwarts student should have been. An absolute perfectionist, he was considered to be brilliant. Being made a prefect his fifth year and a Head Boy in his seventh was an honor, however, underneath it all, he was an adept manipulator. Yes, he got whatever he wanted and did not pay any heed to the opinions of others. He could not empathize, having been abandoned at an early age.

His mind was filled with thoughts of grandiose. He believed himself to be far superior to anyone or anything. At an early age, he exhibited an uncanny control over his powers. He was capable of moving objects with his mind, manipulate people and creatures, speak Parseltongue, and apply his powers to take harm to anyone. He was a prodigy, and he recognized it. Still, he was dangerous. A lofty sense of entitlement had left him thinking death to be a weakness, and he was going to try to evade it at all costs. Albus Dumbledore had tried to help. He had tried his best. But, there was no getting through to the boy. He was so deeply rooted in his blind revenge and hatred and was unrepentant for any wrong he had ever done. But, there was still something about him. Something that attracted people towards him, making him desirable and making them want to belong to him-to be with him. This, he relished, for, in his mind, he was the greatest wizard to ever live, why should they not worship him?

Tom Riddle needed guidance. For, if love were ever to come his way, he would never have known it. On the other hand, perhaps he did know what love was but was too far gone to admit defeat to such a human emotion. For a man like Tom Riddle, love could never be understood.

Tom walked through the streets of Diagon Alley with a purpose. His cloak billowed behind him as he turned to Knockturn Alley. An affinity for the Dark Arts and a fascination with objects had procured him a job with Borgin & Burkes. An antique pawn shop specializing in dangerous magical items, dark magic, and all kinds of crooked dealings. Presently, he stood in front of the door of the closed store. He shed a surreptitious glance about to make certain no one was around and plucked out his wand, waving it in the shape of a backward S.

"Alohomora," he whispered with a sly smirk.

He walked into the creepy, dimly lit store. The walls were lined with skulls and sinister-looking masks that could have belonged to the devil himself. Human bones and medieval instruments of torture hung from the rafters. He moved behind the counter. His long fingers tapped upon the glass, causing the Hand of Glory to form into a fist. He curiously looked around at all the items that lay within his grasp. All he needed to do was take it, and it was his own. But, the daylight shone through the glass window; a reminder that hastiness was not part of his plan. He had never heard of a thief stealing in the morning unless they were intolerably stupid. Besides, what he was looking for was no longer here and had not been for several years.

Just then, Mr. Borgin entered the shop, carrying two small meals. The scent wafted through the large room towards Tom's nostrils. The other meal was, no doubt, for Mr. Burke. Tom looked down at his thin hands and tried to act as though he was not human, but, a mere fixture of the store. He watched as Borgin set the food on the table.

Borgin was a stooping man with greasy hair. He sucked up to customers and then, in a voice as oily as his hair, expressed his distaste when they left the store without buying. He was a greedy, vulgar man who wished only for galleons. The sole reason Tom tolerated him was because Borgin preached pure-blood supremacy. Though Tom was half-blood, circumstances had caused him to alter his outlook on life and politics.

"Tom, I did not see you. The store does not open for another hour."

"The door was open," lied Tom, who had been casing the joint. "And," he thought to himself, "Alohomora opens all locks."

"Yes," Borgin eyed him suspiciously, "Caractacus must have forgotten to lock the door."

"I just wanted to get an early start, you know, see how the competition was and what items I could get at low cost."

At the mention of valuable items being purchased for the store at a reasonable price, Mr. Borgin forgot all about the door being open and smiled. He bared his yellowed teeth, "Which items?"

"I haven't got them yet," said Tom in an uninterested tone.

"Do you know which items they are?"

I have a vague idea," Tom said nonchalantly.

At this, Mr. Borgin shrugged, for, he figured that Tom knew what he was doing. The boy had not let them down thus far. The store had been experiencing a boost in sales since they had hired him. Ladies and even men could not resist his spell, and he had a way with customers. They would leave the store with more than what they had come for because Tom was very persuasive. In fact, he had a way to make them part with their magical objects and he was skillful at it.

Tom looked into Mr. Borgin's eyes, "Don't worry. I'll get the items." Tom walked to the front of the store and without turning back said, "Well, I'm off for the day and I shall come tomorrow with the needed valuables."

The door closed and Mr. Caractacus Burke walked from behind the tall wardrobe that he had been hiding. Mr. Borgin met Mr. Burke's eyes, "It is as though he can see into my mind."