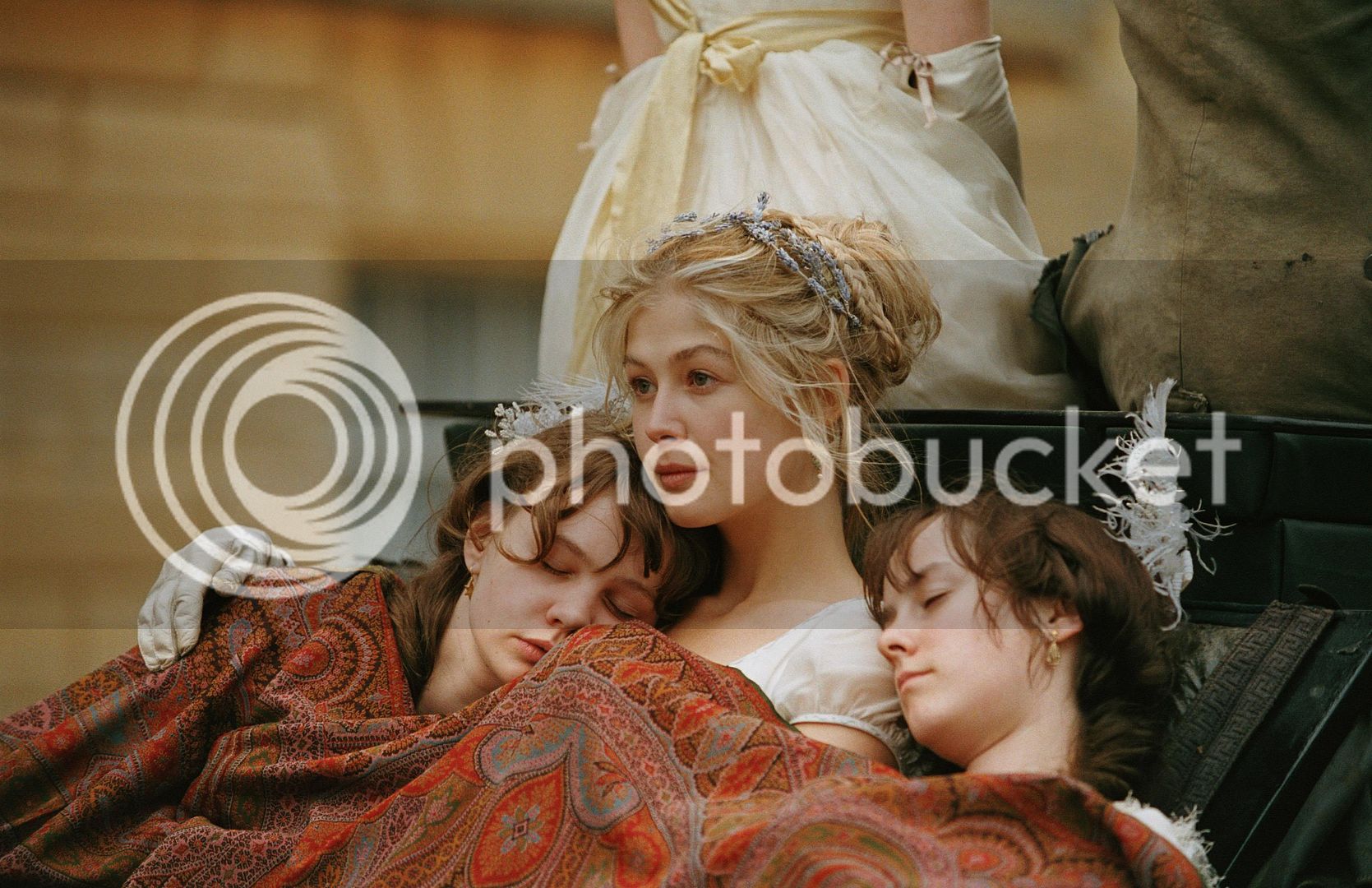 Why not seize pleasure at once? How often happiness is destroyed by preparation, foolish preparation! - Jane Austen

January passed by and with February came news of a naval battle between the French and English. Two frigates, Aréthuse and HMS Amelia fought the night through, lasting four hours. Both opponents had fatalities and severe damages to their ships resulting in a stalemate. The strange thing was both sides claimed victory. I likened this battle to Mr. Darcy and I, wondering what would have happened if I went up to him, threw down a glove, and shouted, "Stalemate!" Thank goodness, I had the sense to do no such thing!

Light flickered past my closed eyes, flashing back and forth between black and red. Was it morning already? I turned my head to find the curtains were open, a cruel sign that I had spent the night searching for my younger sister. The sun was an unbidden reminder of last night's events. It shined down on the family like some unwanted revealer of truth. Though Lydia had been through a lot, she had a naïve belief things would be fine. But, I knew it was for show. I could hear her crying herself to sleep because she believed her actions had ruined her life. I could hear Lydia and Kitty talking in the room they shared. Kitty was Lydia's one comfort, and she confided everything to her.

I wished I could say George Wickham was all but forgotten, but he continued to put a damper on my sister's happiness. He had done enough damage when he was present in the flesh, but what irked me was he was causing even more damage being away from her. It was as though Lydia had the Sword of Damocles hanging over her head. As days went by, and life became a succession of busy nothings, Lydia stopped saying his name. Instead, the nom du jour was Mr. Samuel Palmer, a welcome distraction. We had no idea if he was interested in Lydia or if he had ever been. Mrs. Bennet feared Lydia's actions would cause her to become a spinster. I suppose I was a little ashamed to admit, but I rejoiced, in secret, of course, that mother's focus had been shifted from me to Lydia.

At long last, I had time to myself. I could think matters over. I felt an indescribable ache in my core with a longing for something more. Hope lingered in the dark chambers of my heart that perhaps he had come all the way from London to see me. There was also doubt, and it was eating away at me. I questioned his feelings. Could it be the kiss meant nothing to him? Could it be he had kissed me because of the mistletoe? I could not bear to look anyone in the eyes for fear they would find me out. I had kissed Mr. Darcy, and it seemed a blinking neon sign had been branded on my lips. Did they know? Would Lydia have told everyone? I wanted to tell someone yet, I could not, for, Jane and Lydia had their problems. I had to bottle this up inside for now.

The day was slow. We all sat in the sitting room doing our favorite hobbies. I read my book, and Jane did needlepoint. Mary studied her sheet music; memorizing every note. Lydia and Kitty chatted and giggled as though nothing had changed. We had nothing important going on and would not for months. The London season was in full swing, but we were not part of the ton (the elite, fashionable, and well-born). With all the sisters out and no money to have a proper season for each of us, well, you could imagine advantageous marriages were on our minds.

Lydia spoke up, "Today is so boring. Let us all go to Meryton for some excitement!"

I raised an eyebrow, "Isn't going to Meryton what got you into trouble in the first place?"

Lydia sent me a small smile, "No. What got me in trouble was foolishness. My stupidity and being fond of regiments."

Mary groaned, "Are we all to go? I should like to stay home."

Kitty shook her head, "Mary, come with us. I daresay you'll enjoy yourself."

Mary sat next to me, "You have not said a word. Is something wrong, Lizzy?"

I broke my reverie. "Oh, nothing is wrong. It is raining; perhaps that is why I appear to be down."

"We should go for a walk once the rain stops."

"We should go to Meryton!" Kitty exclaimed.

"Meryton is all I ever hear about!" Mary sighed, "They have been going to Meryton for years. Why is this new to them? I am certain they just want to look at soldiers again. What are men compared to rocks and mountains?"

Lydia looked down, "I am done with soldiers."

With no one to go with her on her excursion to Meryton, she was obligated to stay at home. She was not used to this. Spending time at home was a foreign concept to her. To cheer her up, we played some parlor games and before long, the day had ended. Lydia walked into my bedroom and sat on my bed.

"I never thought I would ask you this question. But, how do I get Mr. Palmer interested in me?"

Lydia looked at me and started to snicker. She placed a hand on her cheek, "Oh, this is torture!"

"Just be yourself with Mr. Palmer."

Lydia cringed, "That would be wonderful if being myself were not so horrendous. I would scare him away!"

Jane walked into the room we shared and lay down upon the bed. Lydia glanced at Jane and looked at me, "What about Mr. Darcy? He's interested in you."

"I do not know." I shrugged, "We are not beholden to one another."

"What about the kiss?" Lydia smirked, "That should bind you two! I confess it baffles me that you two are not married yet with children!"

I sighed, "Yes. We kissed. There was mistletoe. End of story."

"Oh yes, that makes it better," Lydia teased, "as long as it was only mistletoe. No mistletoe and you would have had to question your entire life."