A Most Interesting Trip 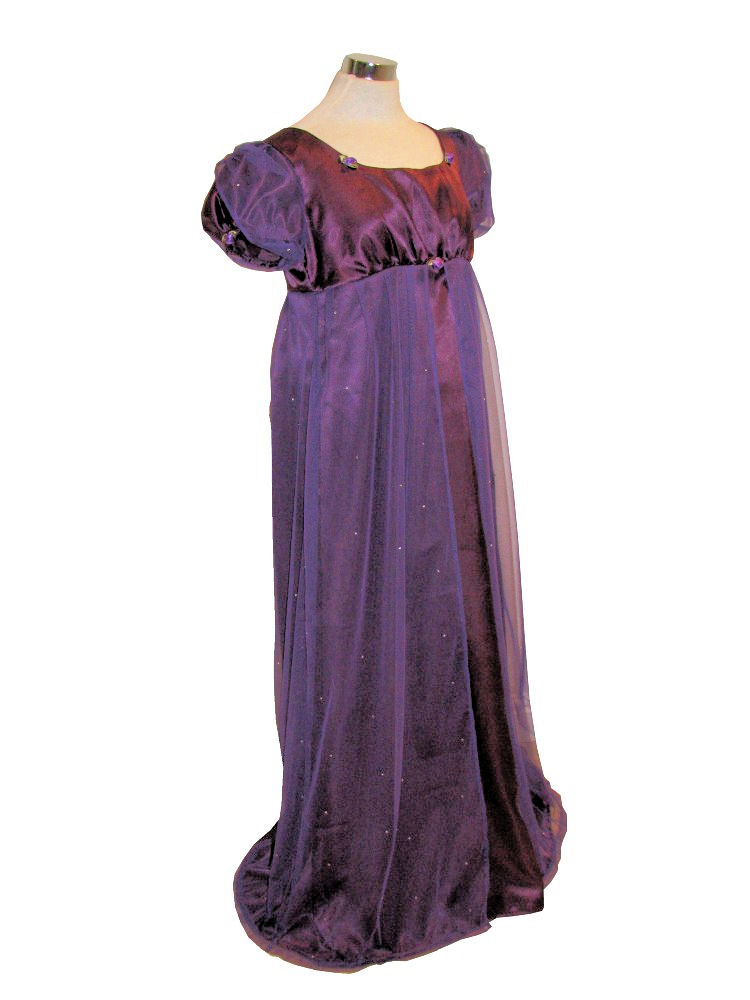 My idea of good company ... is the company of clever, well-informed people who have a great deal of conversation; that is what I call good company. - Jane Austen

A week later, I received a letter from Charlotte, inviting me to visit her whenever I could. She had settled into a comfortable life at Hunsford Parsonage. The letter described the vicarage in such an exquisite manner. I felt as though I were strolling through the grounds. She kept busy with gardening and various crafts. When I arrived, I found her happy and glowing. She seemed prettier. No longer did she have to worry about society and being a burden to her parents. Mr. Collins had given her much independence and reign over the home. She had orchestrated her life in such a way that she saw little of Mr. Collins as she could stand. I was in awe of her brilliant scheme. She had designed her life with so much care; pragmatic was the best word to describe her.

I had started to unpack my belongings when Charlotte walked into the room, "When you are done, come downstairs for some tea. We have much to discuss!"

I put my items in the corner closet and changed my travel clothes. I washed up in a basin and headed downstairs. Charlotte greeted me with a hug and poured me a cup of tea which I gladly accepted, "What news of Hertfordshire?"

"Lydia and Wickham escaped together." I shrugged, "But, he thought she was richer. When he found out she was not rich, he abandoned her taking her money."

Charlotte gasped, "How much?"

Charlotte shook her head, "Thank goodness this did not progress any further. It could have caused a far more unfortunate ending."

"But, Lizzy, you must guard yourself."

"There has been some talk that you have thrown yourself to Mr. Darcy."

I choked on my tea. "I have thrown myself to no one!"

"This is not what Caroline Bingley has been saying."

"Of course! I should have known she was behind the rumor. Why would you believe her?"

"I know it is not true," Charlotte admitted, "But take care, she is a rumor monger. It is well known. Nevertheless, you are unsure of his feelings. My advice is to guard yourself."

I took a sip of my tea and cringed. It had gone cold. I sighed to myself and closed my eyes. Was there some truth to the rumor? Had I thrown myself at Mr. Darcy? I shook my head. No, I had not. Every incident, every look, every gesture, and nuance had been mutual or so I believed.

I switched the topic, "What news have you?"

"Some news from London," Charlotte smiled. "They have formed a Royal Philharmonic Society. They are holding a concert sometime in March."

"I do not know," replied Charlotte, "we shall see."

The remainder of the conversation was spent discussing the news of Hertfordshire. Charlotte suggested we take a stroll outside; however, we turned back when we realized it was too windy. Later on that day, Charlotte's sister, Maria, came huffing towards me, her blonde curls bouncing. She was breathless and agitated at the same time, "Elizabeth, you must come down at once and make haste!"

"Why?" I smirked, "Is Anne De Bourgh here with Mrs. Jenkinson?"

Maria pouted, "You ruined all the fun!"

I laughed, "Would you rather I pretend and act surprised?"

"That would be delightful!"

I held up my hands in a mocking fashion and gasped, "I'm so surprised!"

Maria and I began to laugh as we walked outside to greet Miss De Bourgh and Mrs. Jenkinson. Anne De Bourgh seemed sickly and cross while Mrs. Jenkinson; being her companion seemed to dote on the young girl even venturing to smooth Miss De Bourgh's hair out of her face. I could tell this would be a most interesting trip.

Hunsford Parsonage was a beautiful cottage, simple and inviting. It was a home in every sense of the word. You could see Rosings Park from the window. Compared to Hunsford, it was like David and Goliath. Hunsford rested on the opposite side of the gate to Rosings; a small gravel lane separated the two homes. The parsonage possessed a great garden with several lanes. These walks and crosswalks inclined down to a road edged by green hedges. Two meadows neighbored the parsonage on either side.

The next morning, Mr. Collins spoke, "You must take advantage of our gardens and take strolls whenever you see fit. Charlotte has tended to them with great care. The gardens have been the talk of Rosings for quite some time. Lady Catherine de Bourgh spoke to me of her disappointment in the parsonage grounds. I was at my wits end, you see, for, the property was lackluster. Mrs. Collins has restored them to their original glory."

I smiled, "Mr. Collins, thank you for being so considerate."

"It is the least I can do," he smiled at Charlotte, "for the person that has introduced me to my lovely wife."

The parsonage had a calming influence over me. It was a welcoming change of pace from Longbourn. We finished our breakfast and Charlotte, and I bid Mr. Collins farewell as we went to the drawing room. Not even half an hour later, Mr. Collins came back to tell us that we had been invited to dine at Rosings.

Charlotte nodded, "Thank you for telling us. We will begin to ready ourselves."

Mr. Collins left the room to go back to work. I turned to Charlotte, "Dinner at Rosings?"

"Yes." Charlotte smiled, "We dine at Rosings twice a week. Lady Catherine never lets us walk there and home. Her carriage is always ordered for us; for, she has several. She is a very respectable woman, I daresay, and a most attentive neighbor."

"What shall I wear?" I ask Charlotte. "Will you help me pick my dress out?"

"Of course," Charlotte and I stood up and walked to my room. We poured over my steamer trunk, "Oh my."

I laughed, "What is wrong?"

Charlotte sent me a sheepish smile, "You have not brought any fancy dresses, dear Eliza! These are all plain."

I muttered, "They seemed fancy to me."

"This one," Charlotte held up a purple satin gown with rosebuds detailing the sleeves and bodice. There was net sewn to the sleeves and skirt; adding more dimension to the dress and elevating it from plain to pretty. We began to get ready for the dinner party. I looked at myself in the mirror once Charlotte and I were done and thought, "If only Mr. Darcy could see me now."

Rosings was a beautiful, modern, for the time, mansion. It had a lovely park, which I imagined was wonderful for walks. Still, I was not impressed by its beauty. I felt something was missing. The butler opened the door and ushered us into a large entrance hall. He walked towards a very large parlor room where a refined woman was sitting. She nodded towards him and the butler nodded towards us as though he was ushering traffic instead of humans.

We walked into the room and Lady Catherine peered at me through narrowed eyes. Charlotte and I curtsied and she turned around, ignoring us, "Ah! Fitzwilliam, there you are."