Taebae🐯 would love your feedback! Got a few minutes to write a review?
Write a Review

A hand comes out of the bed covers and taps their hand onto the alarm clock hitting snooze. Then the hand goes back to inside the covers once more. The person under the covers, with their head being the only thing showing, slowly tries to go back to sleep. But then is interrupted by a loud bang made by the door being opened to harshly

“What do you mean why? Didn’t you hear your alarm?! We have school today remember!?”

The voice yelled out towards Y/n, While tugging on her arm trying to get her to sit up from her bed

You yell back at her best friend and cousin who is living with her since they moved to Seoul from Busan. You had lived with Lisa’s family since childhood, because you lost your parents at a young age.

Lisa answered walking to her best friends closet in order to help make her outfit, after finally getting you up from your bed

“The whole reason, my parents even agreed to us moving her is cause we were able to get into the biggest school here!” She yelled from the closet

“So?” you answered back while scratching her head with her right hand and then her stomach with her left while squinting her eyes

‘Got to admit she does have a point, her parents can be pretty strict some times’ You thought to yourself

“But come on, we just had to pick to attend this high school here in Seoul?”

Lisa popped her head out of the closet upon hearing your question “Hey, you were fine with any whatever choice I made for our school as long as it was far enough from home” After saying that she puts her head back from the door

“Yeah yeah” You roll your eyes, just waiting for this conversation to end already, soon as Lisa came out of your closet with an outfit in hand, laying it out on the bed for you to see what she picked out for you

“You’re kidding right?” You raised an eyebrow at her after seeing the outfit she had just chosen

“All right, you win...I’ll wear these just for you today” You knew it would be pointless to argue against her when it comes these types of things, especially even if you did when....she would find a way to bribe you into wearing the clothes that she thought would look best on you

“Yay!” Lisa waved her arms in the air before hugging you, making you have lack of oxygen for a minute until she releases you to walk out the door

“Get ready quick, we need to leave after eating breakfast alright~”

Before you could reply back, she was already out the door. So you just decided to go to the bathroom and did your morning routine and then change into the outfit Lisa chose for you to wear for the day. (Our outfit in the image below, I felt lazy on describing the outfit) 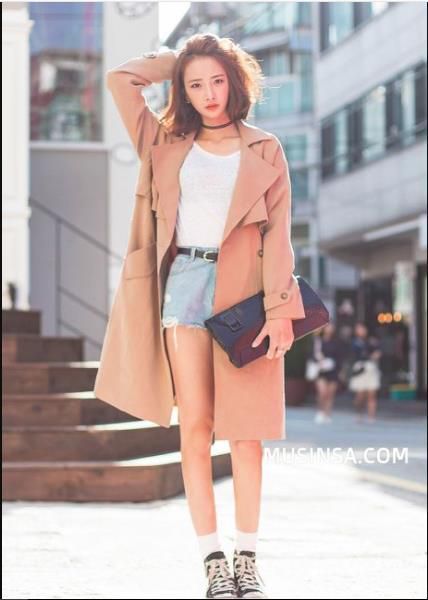 “Well , at least she didn’t make wear something more girly” You said looking at yourself in the mirror, You were more into the comfy look but sometimes Lisa would make you wear even more girly things, like friles, jewelry or make up.

As much as you love Lisa, you sometimes get annoyed when she does it but at least it’s only once in a while anyway. She even made you leave half of you wardrobe before coming here since it was all dark colors and insisted that we would get new bright colored clothing when we finished moving.

After making sure that everything was all right with your outfit, you head into the kitchen downstairs. You and Lisa live in a four bedroom house, two of them were of course your guys bedroom and the other two were turned into two separate work spaces for the both of you.

Each room had their own bathroom, there was once dinning room, kitchen and the pool in the backyard. Her parents bought it for us and are also paying everything for us as well, the benefits of being in a rich family I guess. My family wasn’t rich in the slightest but how couldn’t they be when Lisa is my cousin and she comes from a rich family?

The answer is simple, my moms sister ran away from home, eloping with a man my grandparents didn’t approve of when they were still alive. That man ended up starting a business and it really hit it off, my mom and sister kept in touch all those years and she would come visit us often. When my parents died, she and her husband took me in and they really are caring parents....so they aren’t those shitty abusive parents if that’s what you’re wondering.

Anyway back to the story-

“Y/n! You ready yet?!” Lisa yells from the kitchen

“Yeah! I’m coming!” You yell back while walking down the stairs, only to appear to in the kitchen a minute later

“So what happens when we get to school?” You asks while the both of you are eating your breakfast

“We have to go to the principal’s office to get our schedules, check if we have any classes together....depending on our classes we’ll see how we go from there and of course we’re going to hang out together during lunch as well”She answers while starting to put her dirty dishes in the sink

“Hmmm” You reply as I take bite from my breakfast

“Oh, did you know that the school we’re going to has another section for older students?” Lisa asks while washing the dishes while I clean the kitchen island

“What do you mean?” You asks not really caring about what shes going to say next

“Yea....the school is apparently connected to a college, so there the high school section where we belong too and then there is the section for college students”

“And what does this have to do with us exactly?” You asks while raising one of your eyebrows

“Oh come on Y/n, we only live once” She asks pouting her lips, her hands clasps together and her eyes doing the puppy eyes

“Y/N! PLEASE!” She kept begging all the way til We got to the front of the school till you couldn’t take her whining anymore

“FINE!” You yell out at her turning your body to face her while waving your hands in the air

“Fine! we can go check it out later during lunch or after school! Now stop bothering me about it!”

After saying that to Lisa, you walk into the school, leaving her behind jumping in the air in excitement. Lisa then realizes that she was about to be left behind so she hurriedly runs towards Y/n to catch up with her , not wanting to be left alone in this new school.

Lisa and you enter the office while saying“Excuse us”

“Oh you two must be Lisa and Y/n right?” The principal asks the both of you, giving a nod in return to the principal

“Well, here are your schedules and I called two people earlier to escort the both of you around campus and explain how everything works around here.” The female principal explains to us while handing us our schedules

“For now, why don’t the both of you take a seat while waiting for them.....I don’t know why they aren’t here yet though, I called them an hour ago” She lets out a sigh and looks back up at us, as if she just remembered something

“Oh and you can call me Mrs.Oliver” We smile and nod at her

“Hyung, must we really go the principal?” He asks the other who walks beside him in the hall way in the direction to the principal with 5 other guys

“I don’t see why not, I mean the teacher said we weren’t in trouble anyway so whats the big deal?” The other replies

“You can’t be serious? Since when did you listen to anything in your life” He asks the other another question but just earns a smack on the head from another boy

“Ouch, Jin Hyoung what was that for?!” He asks the boy who just smacked him

“Its cause you ask too many questions Jungkook!” Jin replies back

“Plus I heard the two of are just going to escort some new students around, so stop being a brat”

“I ain’t no brat!”Jungkook says while rubbing the back of his head, pouting

‘To be honest, he’s right....normally I wouldn’t care and just ignore it but for some reason today I feel the need to go there today or else I feel like I might regret it’ One of them thought to himself

“Well anyways the rest of us are gonna go now, we’ll see you guys after you done right?”

“Huh? Yeah, see you guys later....let’s go Jungkook” He grabs Jungkook’s arm and drags him away as the others leaving them in the distance, only to stop just a few steps from the principal’s office

“Hyung, why are you dragging me? I can walk on my own you know?”Jungkook says while yanking his arm away from the boy in front of him, who suddenly stops walking. Jungkook looks at his Hyung with a curious face wondering what made him stop only to notice a certain scent.

The boy in front of Jungkook also noticed this scent but it was a different scent that they were smelling. But the two scents just made the both of them suddenly feel both nervous and yet excited....they couldn’t understand what was happening to them. The two of them look at each other before facing the door once again

‘What is this scent? Its coming from behind the Mrs.Oliver’s door’The older boy thought to himself

“Should we go in Hyung?” Jungkook asks not noticing that his voice cracked a little bit due to the sudden feeling of nervousness , the older boy just nods his head a little bit also feeling nervoius

The older boy raises his hand to knock on the door

“Well, here goes nothing” He says before his hand touches the door

I'm originally from wattpad but now I wanted to spread out to Inkitt so here I am!

I’ve been into BTS for about 2 or 3 years now, and I’ve been reading other BTS ff for a month now, so as of the past week, I’ve been having an itch to make one of my own so here it is!