Madi_Khushitae would love your feedback! Got a few minutes to write a review?
Write a Review

“Urghh ,my head Jesus!“, The dark hair groaned and wake up , squinting his eyes, looking around. He groaned again and find himself in a room ,he remember he came last night with a girl ,leaving the party downstairs.

He put on his pant which he found on the floor. He ruffled his hair and rubbed his face after. Yawning he walk out of the room.

“Where the fuck is everyone?“,He furrowed his eyesbrows. Then he walked passed a room and saw a man back facing him, his clothes were quite red.

“Um excuse me dude, can you tell me where is -AHHHH!MARIE JOSEPH SAINT PIERRE I DON’T KNOW ANY MORE FRENCH NAMES!!!!JKPKLYGEKAZLIKL”,He hold his heart , eyes wide when the ‘dude’ turn around and launch at him ,half face was missing, his eyes white. But to the black hair guy luck ,the ugly dude trip down a chair.

“I-i will ask someone else...and get a facial done dude!“,The dark hair guy shut the door close ,while the other was growling.

“What the actual fuck? Is it Halloween already?!“,He scoff and walk down. He walked to the kitchen away from the messy living room ,he partied last night. In the kitchen he noticed a girl and immediately remember her dress, that’s was the girl he passed his night with.

“Ahh bitch I didn’t complete it go back in the sink marry!! “,He yell but the girl limp towards him faster

“That’s what happens when you ride Jungcock this hard Marry”, the dark hair guy said smirking and praise himself......Jesus what a dumbass!

“Yahhh stop!! I’m done with you!! I sleep only once with someone!,“,he yell trying to push away the girl whose face look pale green ,white eyes and trying to bite him with her now ugly red teeth.

“Thanks Jesus! I didn’t kiss her....eww -wooo stop already”,She growl and try biting his hand . But soon she was down with a chair broken on her head.

“Hey!!!! you were the one singing something like ′ take it off now girl~ just take it off ,I’m a mast-“, the dark hair guy trying to dance at it.

“Yes!! But we need to get the fuck out of here!! Something happen and everyone who look like her is trying to eat us! who look more like human!!“,Grey hair guy said and saw the girl growling getting up again.

“Oh my sugarcane!! Cannibalism- oh shit she is awake!“, Dark hair guy look at grey hair for a second .

“Run!“,and thats how They run out not before grey hair guy grabbed the broken chair’s leg and dark hair guy got a lamp from the room.

When they walk out they saw no one in view and stop on track, but then suddenly at the side of the road a group of people walking slowly towards the house looking like the girl earlier, bloody and pale green skin.

“What the actual hell you got into Jeon Jungkook!“,dark hair guy said looking wide eyes. 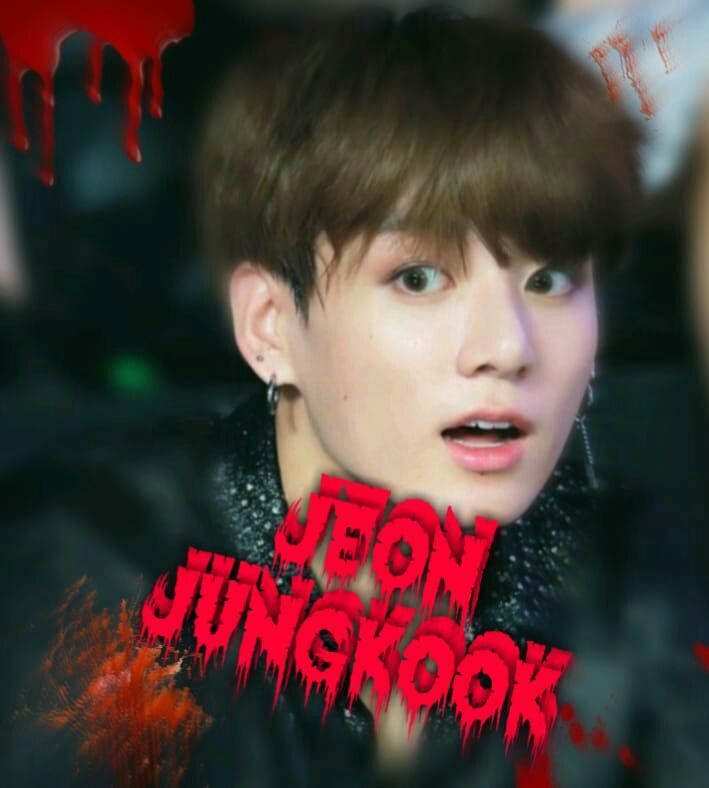 “What the hell you got into Kim Namjoon! I swear it’s not because I sang Expensive girl!“,Grey hair guy shook his head. 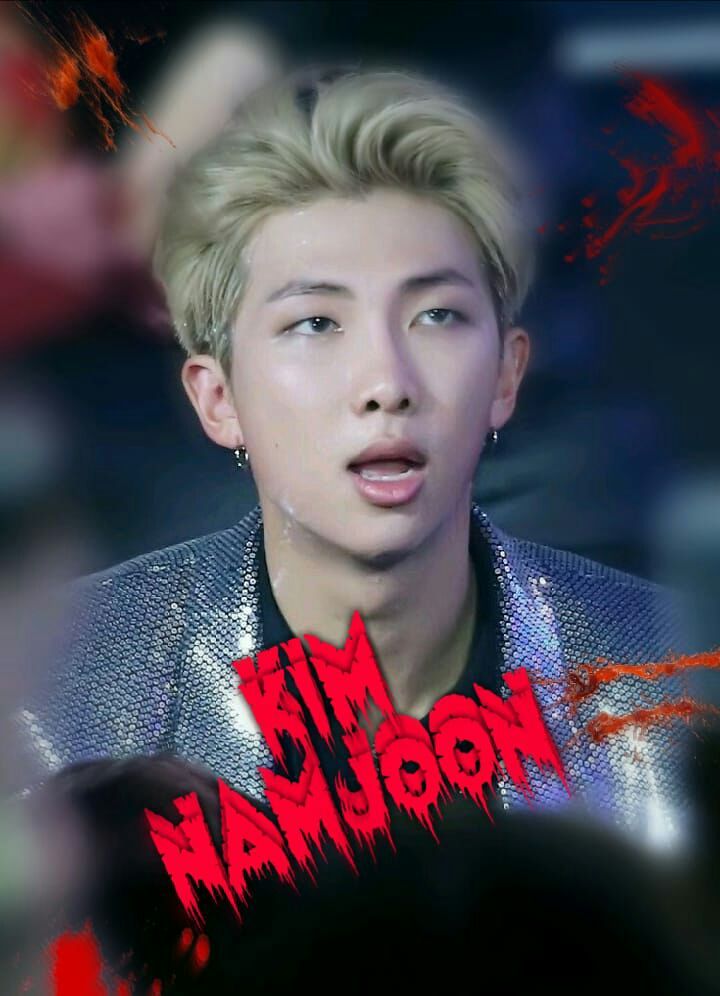 “I just wanted my breakfast you dead? shit!! YOU IRRELEVANT PEASANT!“,The blonde say irritated, he walked out of his hotel room ,and went at the reception , BECAUSE they didn’t sent him his breakfast. He keep yelling when he saw on one around. But when someone show up he try to jump on him.

So being the ′ I’m not a weak pussy’ he grabbed the telephone and threw it at the guy face. Well right now he was shaking the man by his collar ,and then threw him down.

“Bitch my face is more expensive than your whole life trying to do plastic surgery! I’m done with your shit!! I’M LEAVING THIS HOTEL!“,he sighed loudly and ignore the growling slow man and walked towards his room. Where his brother and his brother’s best friend also their cousin were.

“EWWW my hand got dirty! - what the!- HEY YOU GET OFF HIM YOU PEDO!! “,Blond hair guy jump on the man’s back , who was trying to ‘rape ’ his cousin apparently.

“Help!!! Jisoos! I don’t want to be pregnant!! Not by this old ugly man!! HELP HYUNG!!!!“,The Black hair guy yell under the man wanting to bite his face.

“What do you mean small ugly duck!? You want a prince charming to get you pregnant!? AND NO RAPE UNDER THE KIM SEOKJIN’s NOSE!“,He yell pulling the guy away . 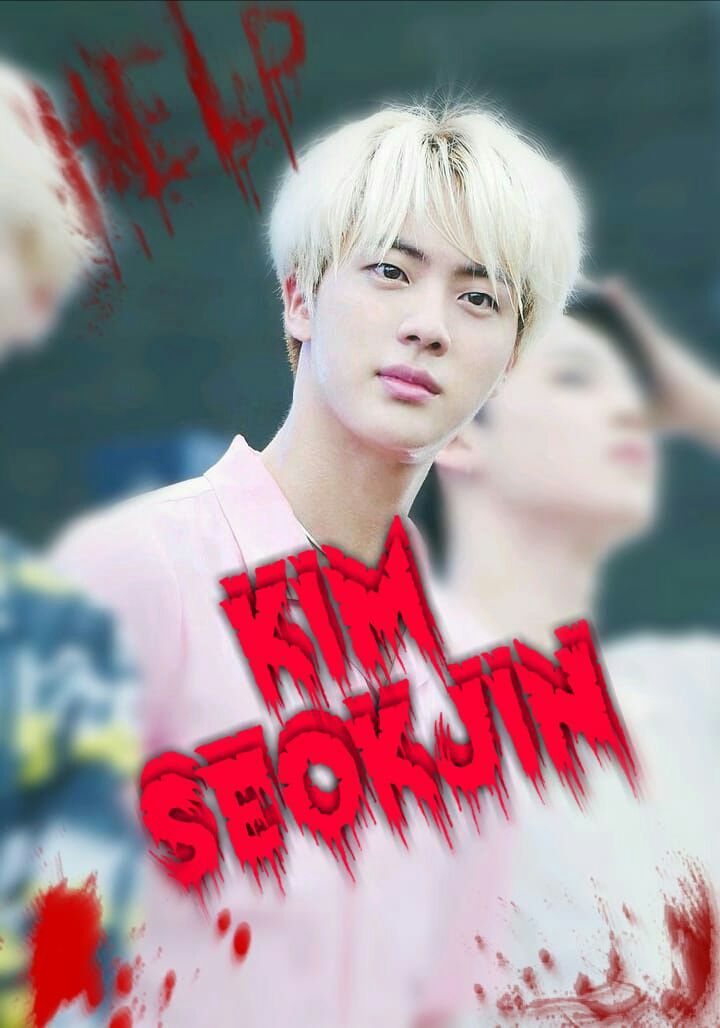 “Yeah hyungggg!! Go for it!and I’m CUTE!!“,Black hair guys encourage him while he punch the ugly guy in his face.

“Yuckk!! Nahh world wide handsome not touching your shitty face”,he scrunched his face, and the shitty face launch towards him ,but received a bat on his head which deform his head completely and he fell down.

“what !the! fuck! Hyung!! He would have kill you!! And PARK JIMIN YOU ARE A MAN !! YOU CAN’T GET PREGNANT! ...ahh Korean god!“, The red hair guy rubbed his forehead. 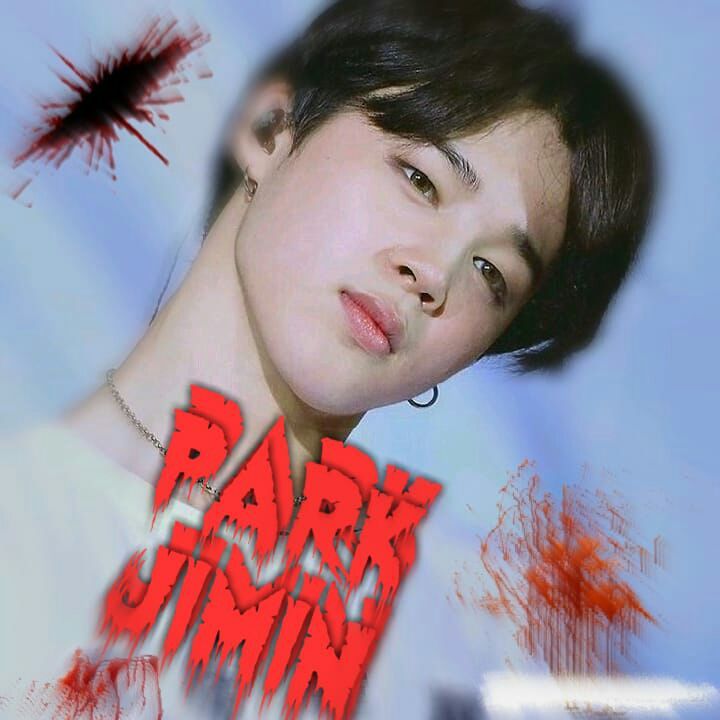 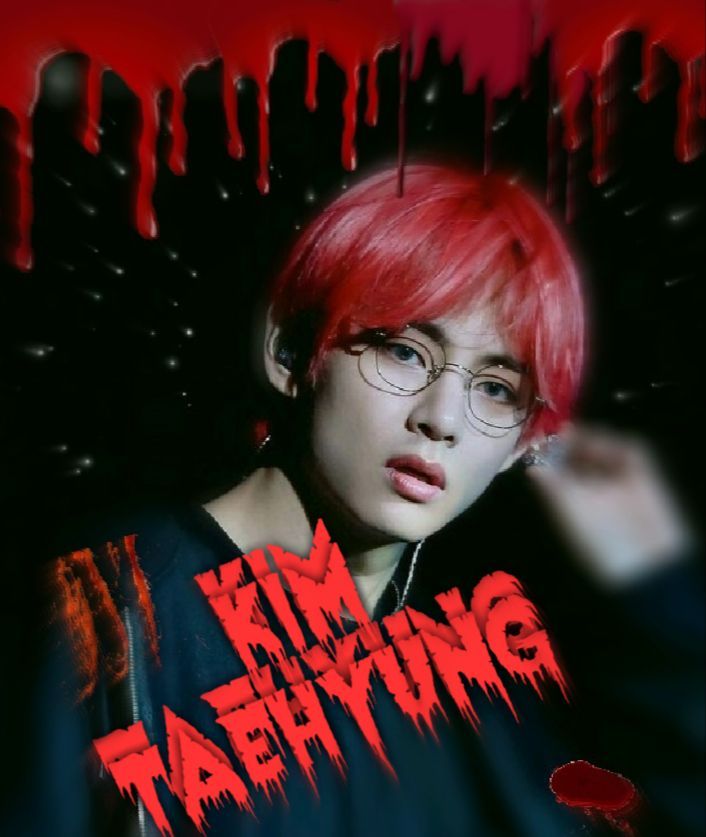 “Kill me later ,but we should get out of here. There is something wrong ,I just saw Some man and woman eating a man in the hall!! And Chim he would have eaten you if I didn’t kill him...well I hope he is dead”,

“What!? Tae are you still high on alcohol”

“Hyung! Look!“,he took out his phone and show a video record.

“Alien or not we have to save our asses! Get your bags and grab something as a weapon !“,Jin said . They quickly did it and then all stop .....hearing a growl.... exactly two different growls. Turning around they saw the man in the video earlier with another one missing a hand and half face.

“TAKE THIS MADAFUCKER!! “, The brown hair guy swing his (golf) iron clubs at the man coming towards him. Then kick one coming and groaned. The mall was full of those shit!

“GIGI HELPEU!!!“, He heard a loud screeching which can explode your ears!! . He saw a woman growling trying to bite his best friend’s leg.

“NOT MIN YOONGI JJANG JJANG MAN BOONG BOONG THE SECOND EMINEM’S BEST FRIEND BITCHASS!“, He yell in a rapping way and bam the woman was flying over the place with a strong kick and throw away the garage type. 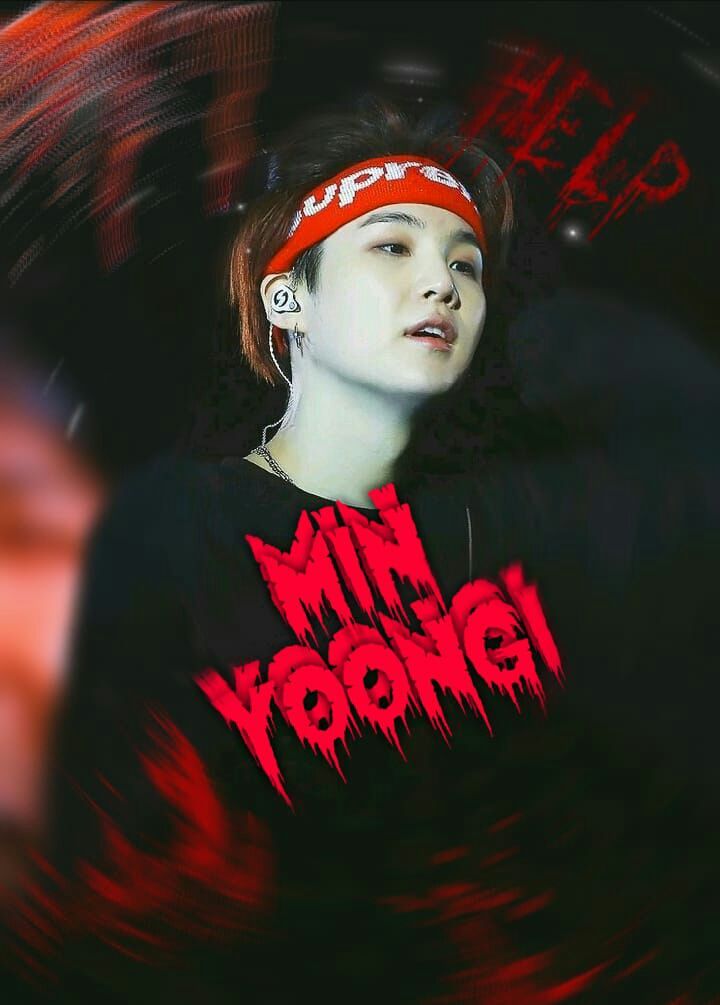 “Gurll~ my rapping skill is faster than your pathetic walking”,Yoongi mock her who again get up and try walking ,more like limping slowly growling and twisting her head alittle.

“Hope get the faucet!“,the dark hair guy with purple highlight nodded and pulled the broken faucet where Yoongi slammed a dude head earlier.

“One ~~two~~three ~~ Go!“,Yoongi sing sang and then both best friends launch at the woman beating the shit out of her.

“WooooooooOOOOO! “,Dark hair with purple highlight guy scrunched his face in disgust. He then realized something and stab the sharp part of the faucet in the woman’s head......and right there she stop moving and eyes shut and some blood get on his shirt.

“JUNG HOSEOK !HORSE FACE SHUT UP AND LET ME THINK?” 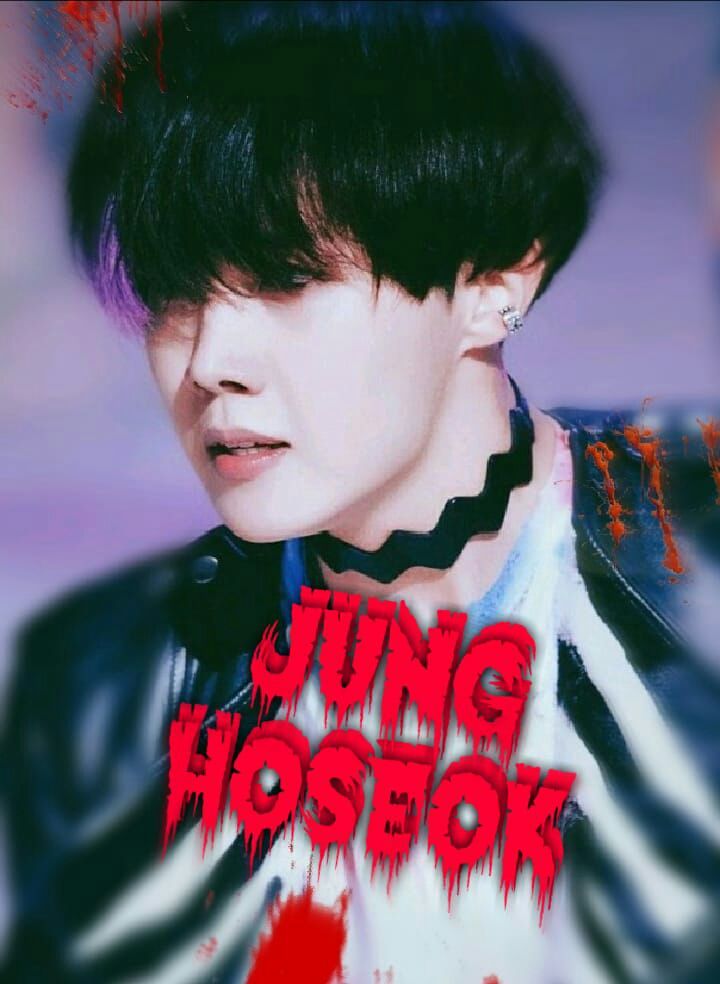 “Wow finally! ....Now what the actual fuck happen while we fall asleep in the Fucking movie theater!?“,Yoongi asked all blankly panting. They thought both looking at the dead body. Then heard a loud bam behind them.

“Wow”,Yoongi said , both eyesbrows raised. Seeing a girl holding a metal thick stick ,now with blood and a dead body infront of him.

“He was gonna to jump on you!“,she said ,while Hoseok’s mouth was wide open , looking at the beautiful girl in front him.

“You got him in one go.....hmm impressive”,Yoongi nodded crouching down looking at the dead body.

“Yeah I broke many nose ,so it was kind of easy”,

“Who are you? And do you have any idea what’s happen?“, 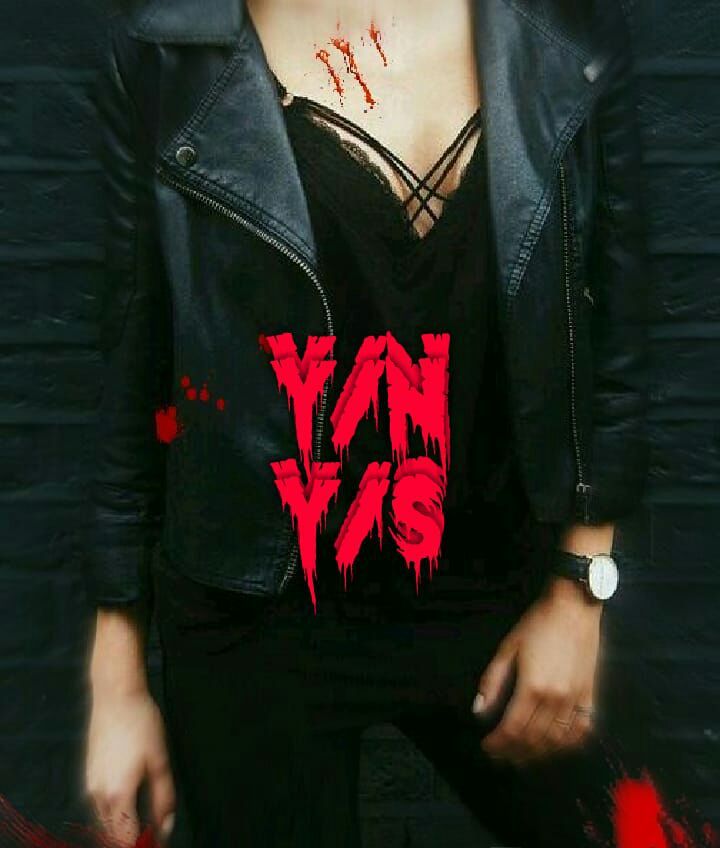 “I have my own idea on it too”,Hoseok said ,and y/n look wide eyes at the handsome guy.

Back with another book😅😅

Gonna to work on his one soon😗 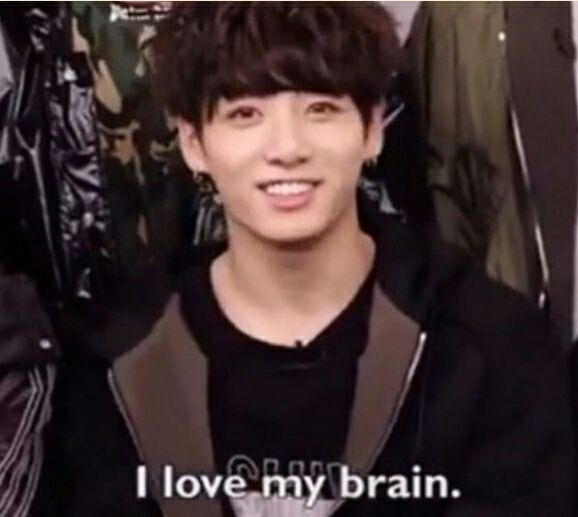 Just letting you know about my future book 😉
Liking it?😏 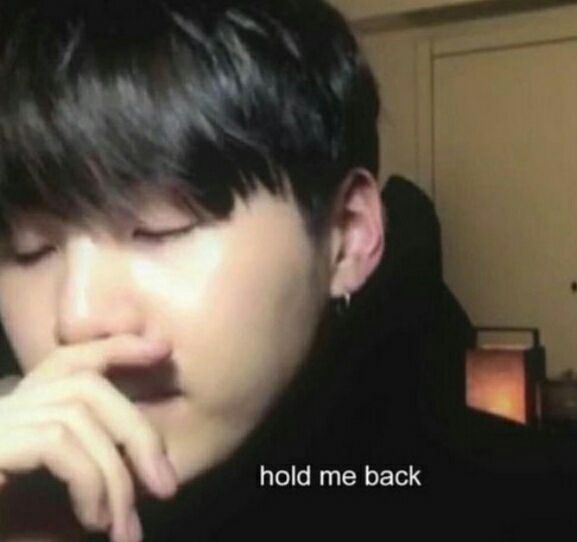 Kristin: Such a fantastic read. I think I've read other related books regarding the Stones. 🙂

Read Now
Into the Cold by Jennifer Miller

Alessandra: your book made me cry and laugh so props to you it is an amazing book that i will read again

TManka: I never give this high of rating. Most people don't edit their books with a publisher. I can accept a couple of errors in a book., but many is not right. This author edited her book several times, or paid someone to edit it for her. I loved reading it. Great job!!!!!!!!!

mreddi4: I loved LOVED! The first book got me but this book, the second..has me hooked. I enjoyed this book throughly!

_.sxmone.__: The books plot is so adorable at some point I can't help but to get I hooked. Keep it up !!

lisastrandridge: I really enjoyed the plot line of the story. I just wish the author would update the story.

Lynora: I have blown through the first two books, and what's written of the third in one afternoon. Does anyone know how often the updates are? I'm completely enthralled!

Saumya : This is just wow... More than wow... It just made me a crying mess not that I'm complaining... It is totally worth it....Dear author... You just made me your biggest fan... I'm totally in love with your work... And this book will be my favourite,ever...

Deign Pen: Sounds promising. You can broaden your audience by publishing your story on NovelStar Mobile App.

christina_21700: This is the second book of the broken series. I will repeat what I said on the first book. Worth the purchase!

Meredith: Would of liked to find out what happened to the baddy in the end but loved the story