SugaTaeYoongay69 would love your feedback! Got a few minutes to write a review?
Write a Review

Life for Taehyung was perfect.

You see, the one thing that wasn’t so perfect in Taehyung’s life, was his boyfriend.

A handsome, strong, caring and loving partner. He was drop-dead sexy, and Taehyung almost immediately knew that this person was meant to be his, as soon as he laid eyes on him. When they first met, everything around them was perfect: the setting, the scenery, everything.

It was like your typical love story where two high school students bump into each other in the hallway, one of them dropping their books and papers on the floor, and as they go to pick it up, their hand meets with the other person’s. Then they both look up, and lock eyes with each other, getting lost in each other’s gazes.

Well, that was exactly how Taehyung met his raven-haired boyfriend. He had been late to college one day, running through the halls as fast as he could. He scrambled and grabbed his books, throwing his lunch into his locker and taking off in the direction of his classroom, only to bump into someone.

That someone being a very handsome raven-haired male. Taehyung felt himself freeze as soon as his eyes locked with the others, a flow of electricity buzzing through his veins. He got lost in those beautiful and dangerous eyes, the two dark brown orbs that made Taehyung’s knees go weak with just one look.

It was in that moment, that Taehyung had felt his heart beat rapidly. Not out of fear, not out of excitement, but out of love. He felt giddy, feeling of the male’s hand against his, and not in a lustful way, but in a romantic way.

Taehyung had not only been mesmerised by the male’s eyes but his entire appearance in general.

He truly was a glorious sight. A handsome young male, with his perfectly manly features glowing. That perfectly sculpted face, prominent nose, and that strong, sharp jawline. The proportions and the outline of his lips were the most satisfying shape, which anyone would die just to look at. And his eyes.

Taehyung found his eyes to be the alluring part of the male’s face. The way they held a look of danger and thrill, that Taehyung got goosebumps by just the thought of it.

And that voice. The male had given his hand to Taehyung, pulling him up and smiling a wide bunny smile that Taehyung found absolutely adorable yet sexy at the same time.

“Sorry about that,” the mysterious male had said. Taehyung felt himself drown in the raspiness of the ravenette’s voice, and the brunette could not take his eyes off the man’s lips. He noticed a small lip ring, in the middle of his lips, making Taehyung internally squeal.

He loved bad boys, and this male was the epitome of a ‘bad boy’.

After that incident, Taehyung had been so intrigued by the male, that he just had to see him again. At lunch break, the brunette had looked all over the place but had given up when the bell had gone for the next class. He was trudging back to his classroom, only to feel a tap on his shoulder.

He turned around in surprise, seeing that glorious male again with a smirk playing across his plush lips. “Wanna skip?” was the only words Taehyung needed to hear before they were walking side by side across the water’s edge at the beach.

That day had truly been magical for Taehyung. They had gotten to know each other, talk and laugh happily with one another. And to make things even better, he had been asked to go on a date by the male. The brunette had been filled with so much joy, and immediately accepted.

After a month of dates, and many cuddle sessions, which often led to them making out against the sofa, they had both found the spark that they were looking for.

It was after two months of being together, that the male had gotten enough courage and asked Taehyung to be his boyfriend. Both males had cried in happiness that day, as Taehyung’s dream came true.

They had bought an apartment together and moved in happily, enjoying each other’s company. They lived a comfortable and joyous life with each other, Taehyung kept attending his college, but his boyfriend got a job, so he had dropped out of college.

Taehyung had been disappointed that his boyfriend had taken such a drastic step without consulting him. And it was that night that they had their first argument.

In the end, Taehyung had given into his lover’s decision, showing that he supported him fully since all the ravenette wanted to do was to provide for them, and make sure Taehyung was okay. Everything went back to normal, everything perfectly going back to the way it was before.

But there was still a problem.

The only problem was, that his lover was always at work. Always working, every single day and every single night. At first, Taehyung thought he needed to work extra shifts to adjust, but the brunette’s suspicions had risen when he had noticed his lover being a lot more secretive around him.

The brunette brushed it off, but when he opened his boyfriend’s laptop to see his work, his lover had gotten so mad and immediately snatched away the laptop, getting all defensive about it.

Taehyung had been utterly confused but then decided that enough was enough. He questioned his boyfriend, and for the second time in their relationship, they had argued.

Many curse words were shouted that day, even a few cushions from Taehyung’s side. The fight ended when Taehyung noticed tears rolling down his lover’s face. He immediately went to comfort him and that’s when the ravenette broke down.

He had told Taehyung that everything was really stressful and he didn’t want to stress Taehyung out as well, so that’s why he had kept it all from him. Taehyung’s heart broke when his lover told him that he didn’t tell the brunette about his job because he didn’t want to disappoint Taehyung if he got fired or messed up.

Taehyung hugged his boyfriend even tighter, mumbling several apologies and pecking his lips. They were both lost in each other, and in the moment, the love radiated through the air.

It was that night that they made love. Taehyung felt nothing but loved the whole time, and he was more than happy to give his virginity to the person he loved the most.

That night had been perfect, and the next morning being even better where they had a lovely breakfast together, went for a picnic lunch, had a romantic candle-light dinner, and ended the day with cuddles.

Taehyung felt like the happiest person in the world. Even if his boyfriend had a few secrets, he respected his lover’s privacy, just as the ravenette had respected his.

It was like this, how Kim Taehyung had met his current boyfriend. And he couldn’t ask for a more better person to give his love to and to love him as well.

Although he wasn’t perfect, Taehyung loved him with all his heart, mind and soul.

Taehyung truly loved his amazing boyfriend; that male being no other than, 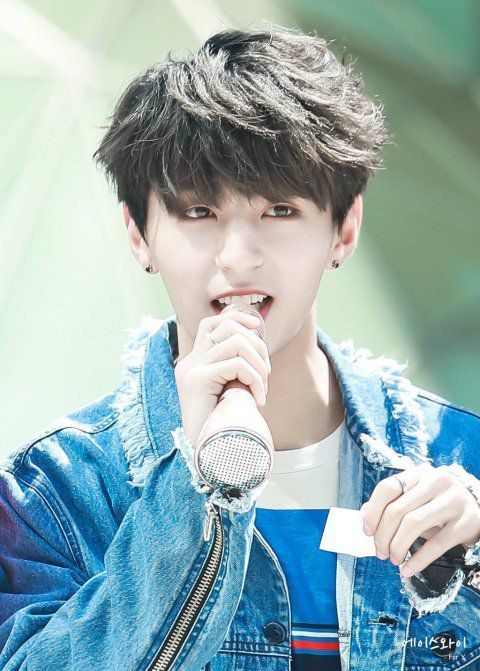 Jeangray21 : Plenty of action, but this is more a story of heartfelt love. I haven't come across one of those in awhile, and thoroughly enjoyed a story where no one did someone wrong. I needed a story like this

amalia3026: Well worth the read..good

Bonita Venus: Sooo cute...I love how you played with the scenes...This book is amazing...It's really hard to find good stories now adays...Characters and the plot are amazing...Aside from wrong spellings, everything is really good. I'm even hooked...Thank you for sharing this story dear author...

Jules27: Can’t wait to read the next story

ryowell: I do not normally read a book before it is completed but I am so glad I decided to read this one as you write it. I am loving all of the characters in this book, the way Severin is going after Zero has me just eager for the next chapter to see it all unfold. I am also loving all of the new char...

Lana01: Such a great story. Absolutely loved it! Would strongly recommend to everyone. Can’t wait to read book two