Author’s note: This chapter is rated 18+. If you’re uncomfortable with reading and viewing pornographic material, especially between two males, please skip.
I will keep the explicit chapters separate enough from the main story to ensure the readers who wish to skip these scenes don’t miss anything important to the plot.
Otherwise, enjoy!

*Chu - the sound of a kiss against skin/lips. 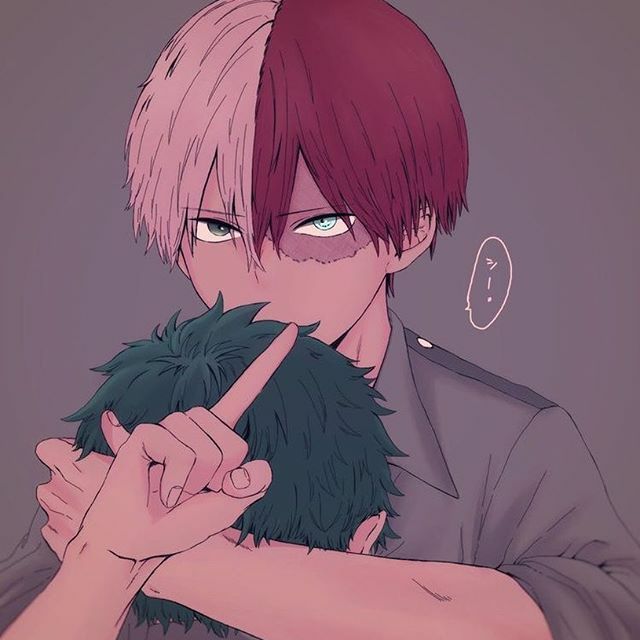 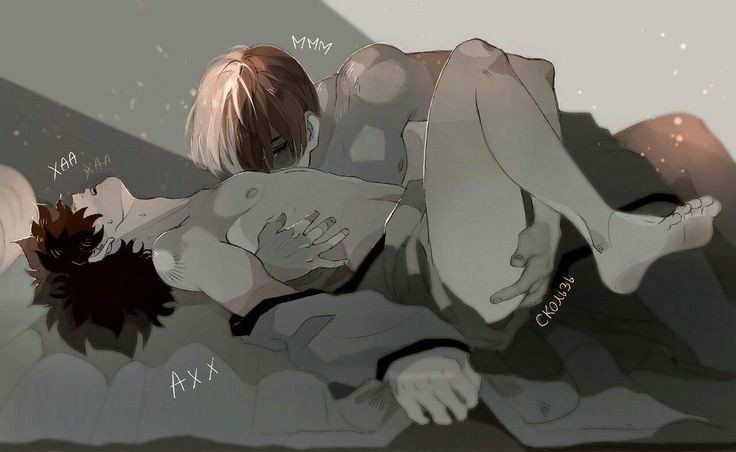 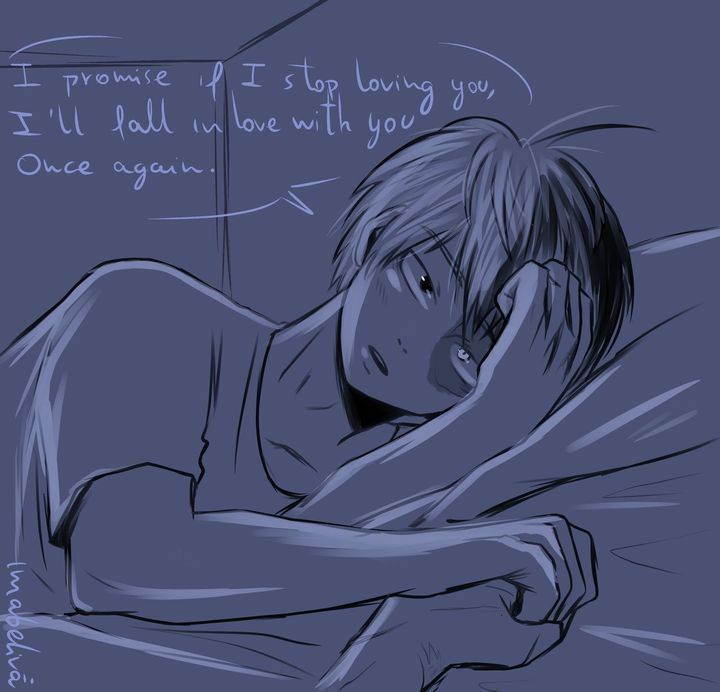 He stared at me with amazement, “you do? Really?!”
“Yes.” I smiled, “I love every part of you.”
He continued to stare as tears pooled in his eyes, “I love you too, Izuku. I love you so much.” He burrowed his face in my hair as his joyful tears dribbled down. “I’ve been in love with you for so long. I’ve wanted to tell you, but I was scared it would push you away. You have no idea the relief and happiness I feel right now. Ifuckinglove you so damn much and I can finally say it.”
My own sweet tears fled down my face, “I love you too.”
We remained in the bliss of silence. The only audible sound being our hearts beating and our calm breathing. Even the intimacy of lying together with our naked skin touching instilled a relaxation I had never felt before. Being this close with Shoto created a sense of tranquility on an atmospheric level.I never ever want to be away from him. I never want this feeling to dissipate.
I caressed my fingers against his left side, flowing along a rigid and discolored scar. The healed skin was rough and tattered.I wonder how he feels about me acknowledging and analyzing his scars. I know he hates them, butIdon’t. They’re a part of him. How could I hate something that’s a part of the person I love?
“Shoto? Will you tell me how you got this scar? And the really bad one on your shoulder?” I asked softly.
He clenched his teeth, “um...”
“You don’t have to tell me if you don’t want to.”
“I don’t care if you know, it’s just... A painful experience to relive.” He sighed.
“Then don’t worry about it.” I placed my hand onto his hip, ignoring the severe scars. He stayed quiet but tense.
“I was twelve when I got them both. They happened on the day my father tried teaching me a new expelling technique with fire. He wanted me to cast flames and create a fireball, but I couldn’t do it. The most I could do was create the flames on my body. I trained all day without a break. By nightfall, my father grew tired of my failures and punished me. He lashed out with a concentrated fire whip and sliced my side and shoulder blade. The white flames immediately caused a second degree burn. I attempted to treat them myself which is why they didn’t heal completely. Needless to say, I created a fireball the next day.”
“I-I,” I stammered. “I’m so sorry. I’m sorry he hurt you so much. The abuse you dealt with...”
“Don’t worry about it, please. I told you because I want you to know everything about me, even the dark and painful shit. But, I don’t want you to dwell on it. I want you to never lose that sparkle that shines in your eyes when you look at me. No matter what I tell you about my past.”
“Shoto, I’d never see you any different. I’ve told you that before. When I said I love every part of you, I meant it. Your painful scars, your multi-colored hair, your stunning eyes, your sweet fragrance, your beautiful mind and your pure soul. I love you.”
He grinned and laughed, “you’re so ridiculously sappy. But, I love you too.”
We both exhaled content sighs.This night has been so amazing and memorable.
“I hope you had a good birthday.” I muttered while allowing my heavy eyes to close.
“It was an amazing birthday surrounded by my friends and my lover. This day has been the best day I’ve experienced in my whole life. Right next to the day you agreed to be my boyfriend.”
I sharply exhaled as the largest smile crossed my lips.
“Goodnight Izuku, I love you.”
My heart fluttered, “I love you too, Shoto.” 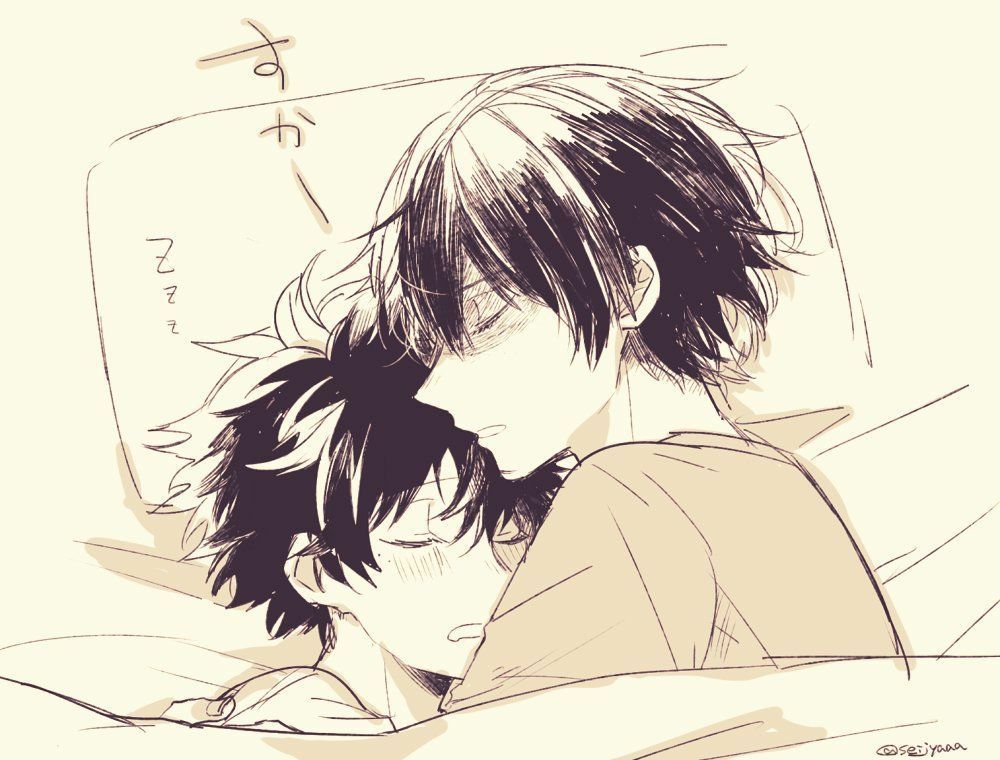