babyboybottoms would love your feedback! Got a few minutes to write a review?
Write a Review

You and Jungkook have been dating for a few years, and everything was great. Until now.

You were mad at Jungkook. Why? Because he hasn’t been giving you any attention lately, and his friends and PS4 seem to be more important. He also has been having an attitude with you, and this made you pissed. He seemed to have forgot how important you are to him, so you decided to remind him.

“- and then i told them i wouldn’t participate.”

" Hey, are you listening”

Jungkook stared at the screen like his life was on the line, not blinking an eye. His fingers moved aggressively over the controller. 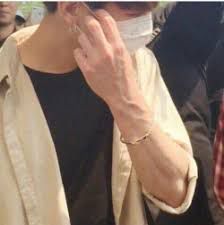 He was clearly not paying attention to you, so you got up in front of him, and covered the TV screen.

“Move out the way, I’m going to lose.” He said, moving from side to side trying to get a view of the screen.

“No, stop ignoring me.” You replied, refusing to move from your spot.

Jungkook got up and angrily shoved you from in front of the TV. You were pushed onto the floor, a small gasp leaving your mouth. You couldn’t believe he just put his hands on you like that. You sat there, waiting for an apology, but Jungkook just threw another tantrum for losing.

“You are so annoying, you made me lose my game. Why are you always bothering me when I’m playing games and embarrassing me in front of my friends. Stop being so clingy and annoying, and leave me alone, damn”

You felt tears forming in your eyes, so you lowered you head in embarrassment. You got up and left the apartment, and Jungkook went back to playing.

You were furious, so you decided to get back at him.

You grabbed your phone and dialed a number. The phone rang for a few seconds, and then a person answered.

“Hey, it’s me, Y/N. I was thinking about the offer you told me earlier and I changed my mind. Is it still okay for me to take up the offer.”

“Yeah, I’ll inform the others, come in tomorrow at 8pm to discuss this further and began.”

You sat down on a chair, smirking to yourself.

You have been ignoring Jungkook all day. You are pretty sure he didn’t even notice that you have been giving him the silent treatment. You laid in your bed for most of the day, until it became 7. Once it turned 7, you got up and began getting ready.

You took a quick shower, applied some makeup, styled your hair, and put on your cutest workout outfit that made your ass look nice. 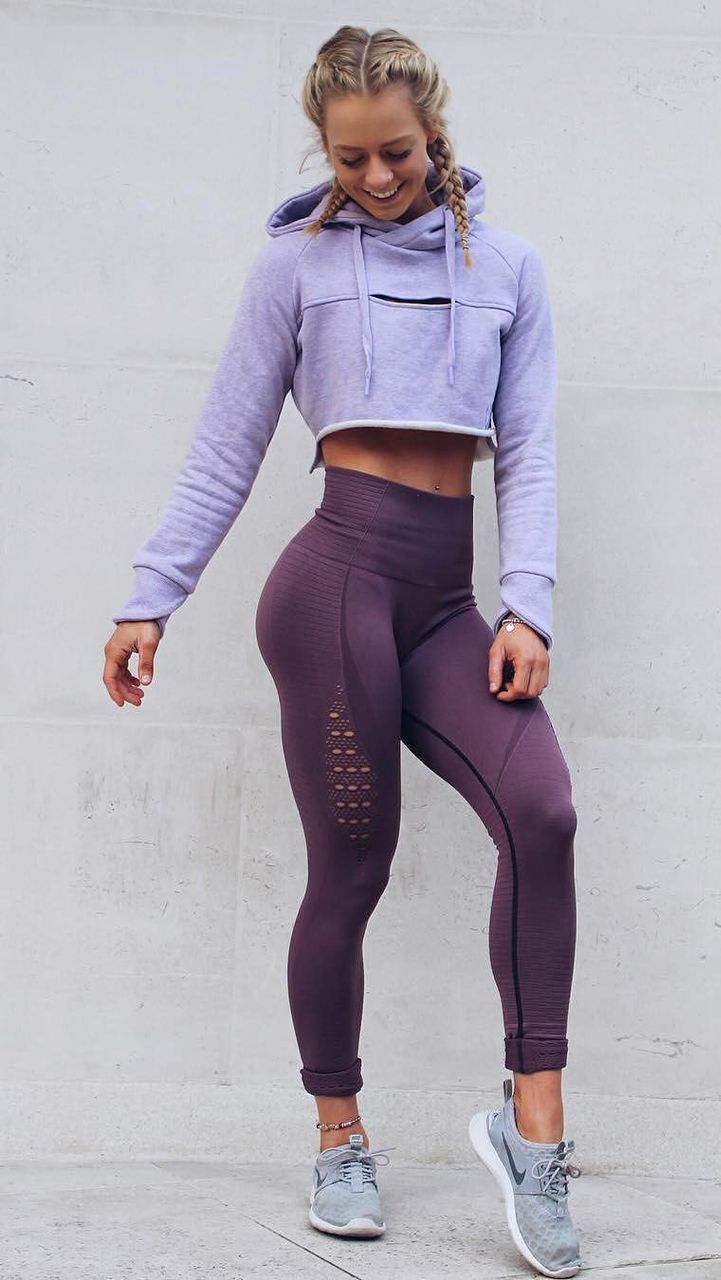 By the time you were done getting ready, it was time to go. You left your room and walked to the front door, passing Jungkook.

You felt Jungkook’s eyes on you as you walked past him. You knew you looked cute.

Jungkook spoke up, ” Where are you going?”

Jungkook studied you before continuing ” And since when did you were makeup out?”

You watched as Jungkook’s face grew irritated and what seemed like a hint of jealousy.

“Yeah, I’m going to perform with Eunwoo, I’m so excited” you said, jumping up and down in excitement, trying to anger him. 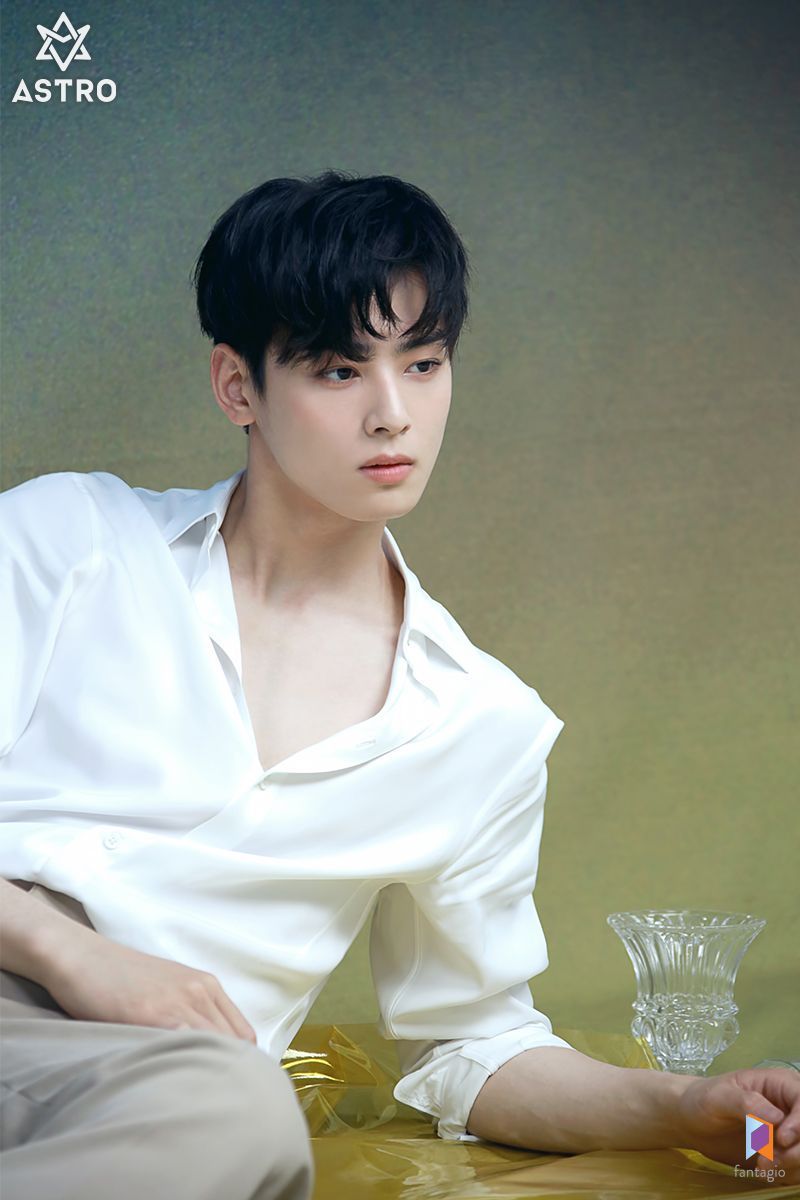 Now Jungkook looked mad, he pressed his tongue against his inner cheek, looking away, his eyebrows furrowing.

Fuck, he looks so hot.

You turned back around, unlocking the door, and exiting the apartment. You hopped in a cab and drove off.

When you arrived at your location, you got out of the cab, and entered the big building. You went to the practice room, and walked in.

“Y/N, there you are, now that you came, let’s start stretching until the dance instructor comes”.

You and Eunwoo greeted each other then started stretching. After stretching for a few minutes, the dance instructor arrived, and began teaching you guys the choreography. It was challenging, but you were always up for a challenge.

*Another Time skip brought to you by Jungkook’s thighs*

You have been making Jungkook jealous and irritating him all week. All you talked about was how much of a good dancer Eunwoo was. You were surprised he didn’t combust yet, or kill Eunwoo.

Today was the day of the performance. You were excited for this, and it was finally time to do what you have been preparing for.

Your hair and makeup was done, now the outfit. You grabbed your outfit and went to the dressing room, and put it on. You looked and the mirror, and you looked hot. 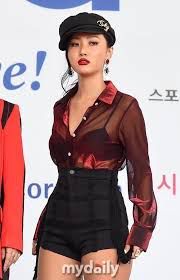 After taking a few cute photos, you left the dressing room. You watched as everyone stopped what they were doing and stared at you. You smirked inwardly.

Jungkook is going to lose his shit.

You met up with Eunwoo near the stage, and started a conversation as you were waiting for your turn to perform. NCT Dream was currently up there performing their song ‘We Go Up’. You heard the song coming to an end and walked up to the stage. You watched as the NCT Dream members stared at you.

Is he getting a boner? Damn, Jungkook is going to kill me.

They left the stage, and you and Eunwoo got into position.

You made sure to make eye contact with Jungkook while you were performing as much as you could. He glared at you with so much jealousy.

Every time Eunwoo placed his hands on you, you saw Jungkook furrow his eyebrows and stare angrily at where he was touching you, almost like he was trying to rip his hands off you with his eyes. At one point Jimin even shouted your name, and Jungkook gave him the scariest death glare you have ever seen.

You finished the performance, panting, next to and exhausted Eunwoo. You left the stage and glanced at the audience once more. You noticed Jungkook was no where to be found.

My first Oneshottt!!!! Thanks for reading, leave a vote!

Did you enjoy my ongoing story so far? Please let me know what you think by leaving a review! Thanks, babyboybottoms

pinktable81: I really like this story. It's quite refreshing. The motivations behind each of the characters are quite clear. The main characters are grounded in reality (even though they're werewolves) and the writing style is great.There are a few grammatical errors and sudden switches between first and thir...

denise103: Love the plot of these. Binge read the first 12, and just found 13 complete. Will move onto your others now. Your use of grammar and punctuation is excellent too. Would pay to read your books.Thank you.

Emily Portillo: Oh my gosh! I just started this book a couple of hours ago, and I JUST had to finish it right away!! You are such an amazing author and I can’t wait to read more of your books!! ❤️💕❤️💕❤️💕

Read Now
Not All About You by Delta Winters

cxrnxlxa: Love the writing style! And I love the characters, how they're described and how they're growing so far. :)

honey08: Loving the new characters, the new business venture and the new cubs!!! Can’t wait to see how it progresses and who’s next to find their fated match.

Read Now
Adoring me by SiennaRaine

Tina: Its good but could use more descriptive sexual acts

honey08: Brilliant how new characters and plots are evolving

Kim: Love love love this story. Couldn't put it down til the end. Kept you interested from beginning to end. About a love that everyone hopes for but dies to read about.

Ana Paola: Amazing. I fell in love with both Sienna and Aiden! The plot is simply mesmerizing, and I got submerged in the story

LilLamb002: Nice story. Would be great once edited. Definitely recommend it!

holly: It's a really great novel and wish it was the full novel 👌 but I love your novel 👌 and can't wait to read more of your novels

Ann: I like this series so much. Easy to understand and make me imagine the story very well g