He entered the dingy apartment, with his purchases at the book store in one hand.

In the other, was a bag of groceries he bought from the small sundry shop down the road.

The brown paper bag now tucked under his arm.

He was glad that the curtains were left drawn back.

Glad that any leftovers of the offence that happened there a long time ago, was washed away.

Instead, sunlight filled the small room, of which Park Shim-yon-ssi had kindly kept clean.

He looked around the meagre abode - and without any invitation, memories began to fill his head.

The words echoed his thoughts as pictures of a little girl sharing his meals with him came to mind.

< Really…I'll go home, once omma's friends are gone. I swear I won't make a noise. >

And another picture of him giving up his warm bed to the same little girl emerged.

< Do you know what your nickname is? The Pawnshop Ghost. Guess what mine is? >

The girl could talk till the cows came home.

< Garbage Can. Funny, isn't it? The Pawnshop Ghost and the Garbage Can. Sounds like IDs on the Net, doesn’t it? >

Her smile hid her sadness and desperation, yet she tucked herself in his bed trustingly.

< Ahjussi, thank you for giving up your bed for me again. Here’s a present for you. > 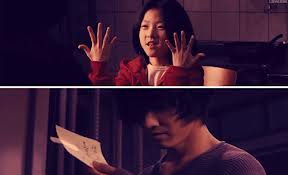 It was morning, and she had left. In her absence, she left him with one of his fingernails painted yellow with a smiley on top. And he had smiled then. 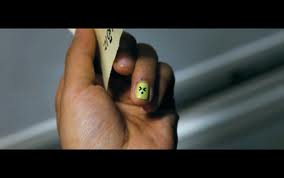 I hope you are living a good life, So-Mi, he thought.