Daisies for the Deceased 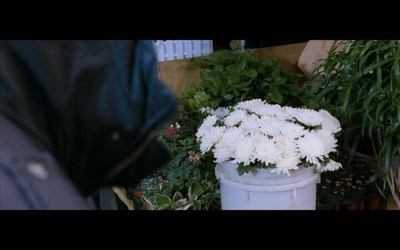 He still looks the same, my Ahjussi, she thought as she peered from behind the florist shelves.

A little older and thinner maybe, but still the same.

He still has the same short cropped hair she last saw him with, with his chiseled face now sporting new lines.

While his quiet demeanour automatically gave that 'don't mess with me' aura, his aquiline nose messed up the totally mean look to give a handsome vision of a man instead.

He should be 41 this year, she thought. Yet he was still as agile as ever.

He left as silently as he came.

A bunch of daisies in his hand.

And dressed in formal black.

She knew where he was going.

So, she let him leave, well before she did.

A little later, she started her gray scooter and headed north towards the memorial.