He should have recognized her from day one.

But he only noticed her at the end of the second day.

I must be getting old, he thought.

Nevertheless, he let her follow him around for a whole week, just to see what she would do.

She would always turn up in the afternoons, except for the day he got out.

He assumed that she attended college in the mornings.

She was good too. 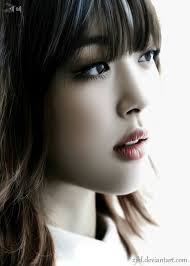 Despite being outstandingly beautiful.

She blended well amongst the crowd and was always in the background.

“You have to stop following me,” he said over his shoulder.

“Ahjussi, at long last,” she said in glee.

Like the 8 years of separation did not happen, she happily changed her position to sit beside him.

“The game was becoming tiresome,” she laughed. “I knew you recognised me from the start.”

She had seen his eyes flickered in recognition days ago, yet he let her have her game of stalking him.

“You look well,” she declared, smiling at him in adoration.

He simply looked towards her and asked, “do the Chois know you are here?”

“Yes, I told Omma and Appa I would be seeing you.”

Never one to give away expressions, he simply blinked at the affection that was apparent in her voice.

She calls them Omma and Appa. That is good. Thank you for not losing your trust in humanity, little one.

But she was not little any more.

Gone was the little girl with the unkempt short hair and dirt-smudged face.

Instead, a confident young lady with long silky black hair sat beside him.

The only constant were the trusting smile she gave him and the intelligent intuitive eyes that devoured him.

“Ahjussi, it is already 4 in the afternoon,” she said with a beguiling smile. “I am hungry.” 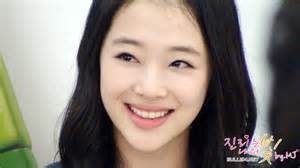 Are you enjoying my ongoing story? Please let me know what you think by leaving a review! Thanks, Foxiscully