Nandytae would love your feedback! Got a few minutes to write a review?
Write a Review

[All the pictures used in the chapter have their rightful credits to the owner.]

[okk, I posted after a long ass break. and I am not gonna stop posting so don’t worry. Although I am currently working on Trifling Sin too. But I’ll manage. I am sorry again to all the readers who loved this book and I suddenly stopped updating. I promise you I am never gonna delete any of my books. If by any chance Wattpad starts showing hypothetical activities. Don’t be afraid cause you’ll find all my books preserved in Inkitt.]

That day, Tae went to Minjae’s house wearing this 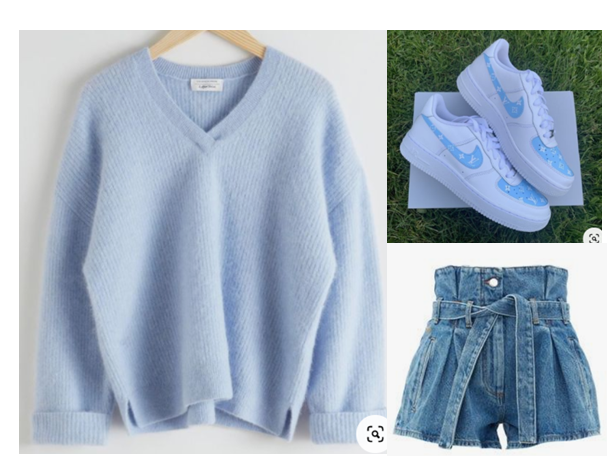 “Uhmm... Tae you won’t mind I actually bring one of my friends too. Actually, he was also facing a problem with the project questions.

“Oh really... it’s okay, they all are welcome...” Tae said while showing his boxy smile.

“Wow, Tae you did all of this all by yourself. Wow, you are really a genius.” Bogum said while turning the pages full of answers written by taehyung. Taehyung blushed madly until his thoughts interrupted by a doorbell.

“I guess they came,” Minjae said. He went to open the door.

“He is my friend and the college playboy, oh I mean he is my partner in crime. His name is Jeon Jeongguk.” 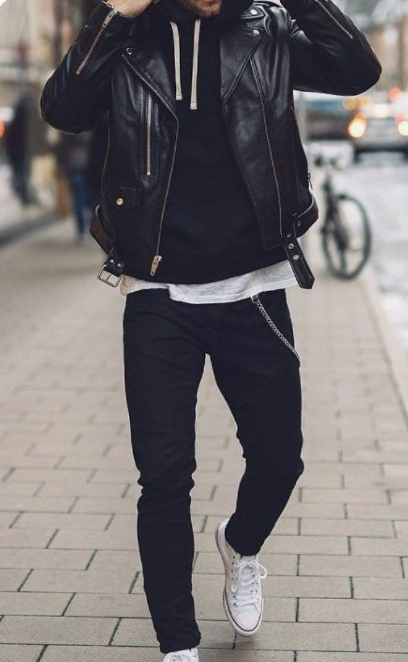 [Jeongguk in this hot outfit]

“He is the topper from his previous school in academics. So I thought maybe he’ll also help us to the question paper.”

“Oh, that’s great. We got two toppers with us. Taehyung and Jeongguk both are going to help us. Wow, life can’t get any better than this.”

While Yugyeom and Minjae were fanboying over Jeongguk. His eyes stuck upon a certain almond-eyed guy.

‘God he looks too true to be real. How can he be this beautiful? Is he really a human? And how come this deer is sitting between a bunch of hungry wolves?’ Jeongguk’s thoughts cleared when Yugyeom coughed.

“Hold your pants guk. He is a college beauty. He even got 20 fan pages filled with his pictures which he doesn’t even know yet. You are going to be crushed by them if you even think about laying a single eye on him.”

“Of course... I mean who would let that cutie out alone right?” Yugyeom said and it almost came out more like a question.

“Yes, yes I know that already. But I don’t mind having some fun.” He winked at Yugyeom who sighed in defeat.

I was concentratedly looking at the questions and then suddenly the door unlocked and my jaw dropped while seeing the raven-haired guy. His doe-eyed and his bunny smile. His face is like a bunny and hair parted while showing his forehead. His jawline was sharp as a knife and can cut even slices. His smirk was oh-so-hot and how bad taehyung wanted that his toilet encounter was done with this person.

His eyes suddenly collided with the hot ravenette. His gaze was too deep to make his eyes lose his focus.

He choked on his spit when he was interrupted by Bogum by a little shrug and he felt his ears getting red by having got the attention of a certain ravenette on him.

All five friends were involved in getting the paper solved. Taehyung was amazed as he saw Jeongguk solving all the practical questions like a pro.

“Wow Jeon, how did you solved this? I was solving it like for 5 hrs and still didn’t get that and you solved it like what 15mins. What are you?” Minjae said while dropping his jaw.

“I will make some snacks for you guys. I guess it's a pretty long time since we started working. I guess you all feeling hungry.”

“Yeah, I was thinking about it but now that you said, Please tae,” Yugyeom says while looking as bored af.

“Yes from all and add one more thing... Please make it spicy.”

Taehyung went to the kitchen and started looking for some instant noodles as he didn’t know anything to feed the oh-so-hungry guys and also he doesn’t want to embarrass himself with his bad cooking. 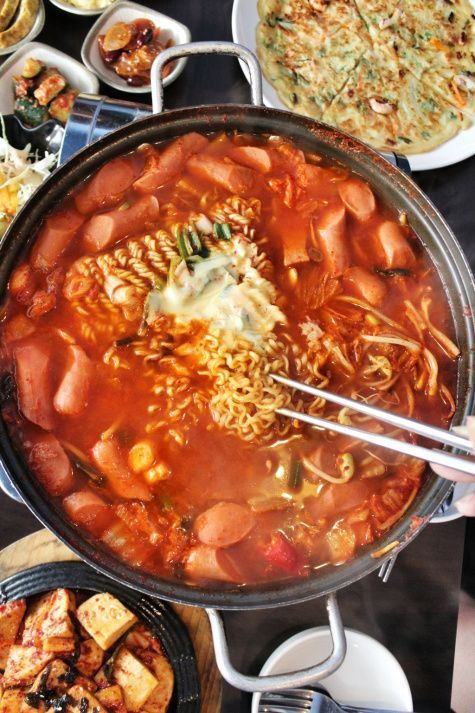 “I guess they all like spicy food as they didn’t say no afterward... But what am I supposed to feed you then, poor taetae tummy.” Tae said while making a baby pout. But what he didn’t know a certain raven-haired listened to his conversation while making his way towards the toilet.

He went to the toilet and took out his phone only to order some snacks for a certain blondie.

“Why am I so concerned for him? It’s his problem right? No..., still I can’t do that too, at least my self morals don’t allow me after knowing that.” Jeongguk mumbled to almost no one.

He went out from the toilet only to see Taehyung fidgeting about pouring the ramyeon evenly to the bowls. It’s like every time Tae has a problem and JK has to be there. Only if he knew it was not his first time helping Tae.

He went into the kitchen only to found a busy distracted blonde.

“What are you doing Taehyung?”

“Huh!! Oh ggukie, Oh I just was umhmm... Struggling no... I mean I am going to pour this evenly... Just .. oh fuck ... shh... It's hot... ah..” A gasp escaped from Tae’s mouth when his finger touched to the hot pot. Jk ran towards Tae and grabbed his hand and turned on the tap to run the cold water through his fingers. As he was clearing Tae’s fingers their gazes met. He almost felt his breath hitched with how close they were from each other.

‘The scent...’ It clicked on their mind equally.

Tae’s eyes widened with the realization and his cheeks turned a shade of pink as he smelled the same lavender honey smell from the guy who was inches apart from him. The same happened with Jeongguk but instead of being shy, he smirked with a thought. He took the pan and served equally on the three bowls leaving 2 bowls empty.

“Yugs, come here and take this we are coming with our bowls.”

“Ok, Guk coming.” with that Yugyeom came and took the three bowls and closed the room with a click.

Jeongguk turned his eye toward Tae, who gulped nervously. “So, Mr. Vocal how are you? I thought I will never be able to find you but look here you are right in front of me caged b/w my arms and the kitchen counter. I guess the world is really small.”

Tae’s eyes got widen as he tried to unbuckle himself and run away so that he can hide his embarrassment from the latter. But his small fists and the powerless press weren’t even able to move a single bulge of the certain ravenette.

“J...Jeong...Jeongguk, what are you doing? don’t please what if they see us?”

“But you like it that way, don’t you Taehyung,” Jjk said with a dark grin not leaving his eyes. The way both said each other’s names was like there was an incomplete part of their life that was waiting. Their face moved closer. Both were deeply lured by each other’s smell. Suddenly something snapped in Tae and he pushed Jeongguk.

“I...I don’t know who you are? And why are you doing these things with me? It’s not like I know you I even looking at you for the first time. I don’t know what you are even talking about... Huh!!”

Jeongguk stopped Tae by putting his index finger on his plump lips enjoying the softness of his soft plush lips and his wide almond eyes.

His one hand reached to Tae’s V-neck sweater and he slid it down revealing the purple hickey remain in its place proud and deep mark on the skin ready to show the whole world that whom Tae belongs to.

He looked at that mark and something in his heart, he felt warm and proud, and then he looked at Tae his lips still shushed by his finger and his cheeks turned red after revealing of his hickey.

His eyes become glossy and this made JK panic.

“H...Hey, you okay I didn’t mean to embarrass you.“Guk said and Tae at last time used all of his energy to push him and slid his sweater and run towards the room while his ears were turning red.

“Adorable...” Jk smirked at the thought of flushed pink blondie. The presence of Taehyung was making him feel giddy and in love all again. This somehow warmed his heart. But suddenly his smile dropped thinking about a certain someone.

“No, I am thinking too much. It’s just a fling.” Jk shakes his head and walked toward the room with the non-spicy food he ordered for both Taehyung and himself.

All 5 of them completed the phase-1 quiz and uploaded it on the site as instructed.

Bogum and Taehyung were getting back to their dorm whereas Yugyeom and Jeongguk walked towards their home.

Just in case, I am wondering whose thought made Jeongguk stopped all of a sudden. He knows he can’t love Taehyung, but why? Yugyeom also stopped him from hitting on Taehyung. Hmm.. this story is getting interesting from time to time.