Xu Zen would love your feedback! Got a few minutes to write a review?
Write a Review

Start “You’re going to replace our mother and sister?!“An angry loud voice boomed through halls of the Kim mansion.

Seven boys were staring at their single father with a disbelief look.The poor father widened his eyes hearing his older son’s words.His seven sons looked at him for any answer.

Mr.Kim Dongwook who is the president of the billion worth Kim enterprise and the single father of the seven godly handsome boys sighed.He saw this coming even before starting everything. He looked at his precious boys.

Older son.Kim Seokjin.A famous chef in south Korea.He’s super famous amoung ladies because of his godly pretty face with amazing cooking skills.Not only girls but also boys fell head over heal for him within just a second.And he’s the one who full filled the motherly duties for his little brothers.

Second son.Kim Yoongi,a musician, a famous rapper or as everyone says AgustD.The sleepy head of the family and the most cold person.He’s the person without blood,sweat and tears.

And next comes the first twin couple.Kim Hoseok and Kim Namjoon. They are literally opposite of each other.Hoseok is a choreographer in an agency named BigHit while Namjoon is studying in a university.

Lastly comes the trouble makers of the family. The maknae line.Kim Taehyung and Kim Jimin are twins.And lastly the notorious maknae Kim Jungkook.The untamed boy in the family.

“I’m not replacing them Taehyung-ah.They always have that special place in my heart.But I’m moving on.And I love this woman.Please understand me”He begged looking into his sons’ eyes.

Jungkook scoffed and rolled his eyes.

“I’m sure she’s some kind of dirt who is trying to get into your pants.“He muttered.“Stop dreaming dad.She is a gold digger!”

Mr.Kim had enough.He knew exactly who is this woman.He knew her better than anyone.And he loves her because he received the love from her which he was craving for so many years after his wife’s death.He didn’t get into a relationship just because of his poor sons but now he found a perfect woman who is more than suitable to be his wife and their mother.And with a daughter.

“She is not what you think”he said in a calm voice.“I know her better.And my decision is not going to change.I will marry her”

With that he left.

All the boys looked at his disappearing figure with a disbelief look.

Jin plopped on to the couch with a big sigh.Others looked at him when they heard him sighing. They also plopped in to the couches near by them.

“Hyung,you’re not considering about what he said right?“Namjoon asked with a suspicious look.

Jin didn’t answer. He had a serious look on his face.

“How can we let someone else to take our mother’s and sister’s place?This is ridiculous!“Jimin butted.

Hoseok who had a frown on his face nodded agreeing with Jimin.Yoongi was silent as usual.

Now everyone was facing him.

“Are you kidding me?!Hyung!what the fuck--“Jungkook’s ranting was cut off by Jin.

“First listen to me!”

Jin took a deep breath and looked at the questionable faces.

“Have you ever spared a thought about dad’s feelings?He’s been single for so many years.Why?because of us.He will never let a stranger to destroy our happiness. He’s thoughtful than we think.He thinks about us before doing anything. And I’m sure that dad will never take a risky step in his life when it comes to his family.“.....“And finally he’s in love again.He needs it guys.He’s been lonely for so many years”

“Oh so you mean,we should accept a stranger as our mother and sister?“Taehyung butted in.

“No.They won’t be our mother and sister.Just accept them as father’s wife and uh that wife’s daughter”

“You meant to say step mother and step sister”yoongi finally let out some words after being silent for so many hours.

Jin sealed his lips and shrugged his shoulders.

“I still don’t like this idea.But if he get married,I’ll welcome them to a hell”

With that he left.Taehyung also got up.

Everyone expected Jimin to be in their side but to their surprise,he didn’t stand up.

Yoongi also got up and left already feeling sleepy.

“You guys don’t need to accept them.Just let father do what he wants.”

“You’re going to accept them hyung?“Jimin asked wanting to know about his opinion.

“No.I won’t. But I’ll accept that woman as our father’s wife.I have to be more responsible than you guys Jimin-ah”

“Let’s get ready to welcome our new family members”Jin muttered before standing up to leave.

The big day has come.7 boys in suit boredly looked around the wedding hall.They weren’t excited. But they were there for their father.They loved him.

Guests have already arrived.It’s time to do the vows.Everyone gathered around the big stage.Mr.Kim was at the front waiting for the bride.He took a glance at his sons.They all smiled a little to make him feel less nervous.

Soon,the bride appeared walking towards Mr.Kim.The bride was beautiful despite the age. 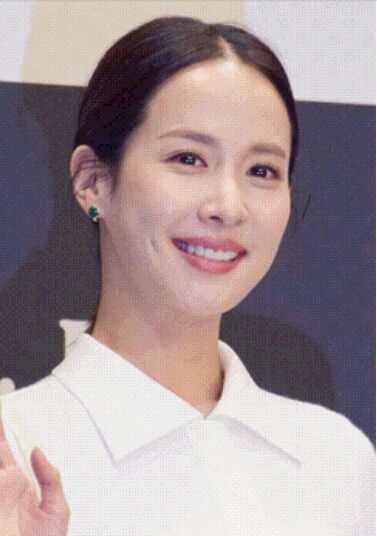 “She looks kind”Namjoon muttered to his brothers.

“She looks like a gold digger to me”Taehyung muttered getting a nod from Jungkook.

Suddenly out of nowhere, they heard a loud whistle sound.

All the guests and boys looked at the excited girl who was jumping up and down with her two friends. 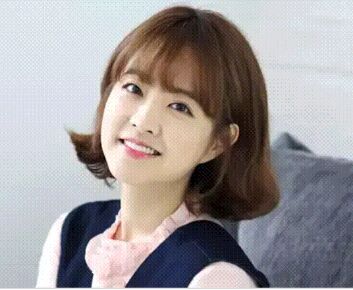 Everyone was shook. The bride looked at everyone with an awkward smile but when her eyes caught her daughter,she smiled warmly.

The girl was waving her hands here and there like crazy.

Boys looked at her weirdly.

“Who’s that peculiar organism?“yoongi muttered with a heavy judging look.

“Unfortunately, that peculiar organism is going to be our sister”Jin said looking at the weird girl.

Jungkook gritted his teeth seeing his father’s smile looking at the girl.she has already won our dad.

Then the couple did their vows.Everyone clapped for them.Again they heard whistle sounds from that girl.

“Be happy now.Your hell is going to come little girl”he muttered with a smirk.

But little did he know whose hell is going to come

clguay: I’m not good rating or critiquing, with that said I am thoroughly enjoying your story. I’m excited for the chapter.

Read Now
Wrapped Up: In Christmas Magic by Amber Rose

Flower: And this is really what it is ♥️ Super sweet with a good dose of passion. Two beautiful characters destined to each other. Who needs drama when you can have an extra dose of love?

KatD: Such a beautiful book and love all the characters! Would love to read more about this family 🥰 Thank you!

Read Now
Her Savior by nanny

Miranda: A few grammatical mistakes, and a bit tight on the timing of events in the plot. Felt like something was missing, but still a good quick read.

Naani: Waiting for the coming chapters

Win: Everything is perfect

NikiRoe: Just a sweet tale to warm your heart on a winter night.

Arici: I started reading it a couple ogf hours ago and I could not leave it until I finished. I loved it and as a member of the tribe I would like to congratulate the chief for another masterpiece to devour reading

Tiffany: It just seems really familiar to me,growing up where I grew up.