The Day We Met

Stefan kept his diary aside and got in the bed. He couldn’t stop thinking of her. Little he knew she was not Katherine. He had read her mind.But a girl as beautiful as Katherine,with a slender build, an olive complexion, brown eyes, and long, dark brown hair. How was that possible?

He was lying on his bed , staring at wooden ceiling .

And thinking of Katherine.

The window suddenly smashed open. And a crow flew in casually, like it was his own home. Or maybe it was. It came and sat on the classic hickory wood bookshelf opposite to the balcony.

Stefan got out of his bed and kept staring at the crow, with a feeling of hope.

He turned around. A man, an extremely handsome young man with a height of 5′10′, a well-toned body, and the physical appearance of a 25-year-old with striking, intense blue eyes contrasting wonderfully against dark eyelashes and eyebrows, and a “bad boy” smile, he is athletic, strong, sexy and seductive.

Stefan was happy to see his brother. He had been missing his older brother, for he was the one who helped him get through all the odds, after they had been abandoned by their toxic father . Damon had always been generous, helpful , selfless and a loving person. Though becoming a vampire had changed him a lot.

Stefan wanted to give Damon a big welcome hug , but he couldn’t. He knew that Damon , didn’t deserve it. He didn’t deserve the love , affection and respect Stefan had for him. Not now. It was a time to confront him. And send him away for everyone’s sake. 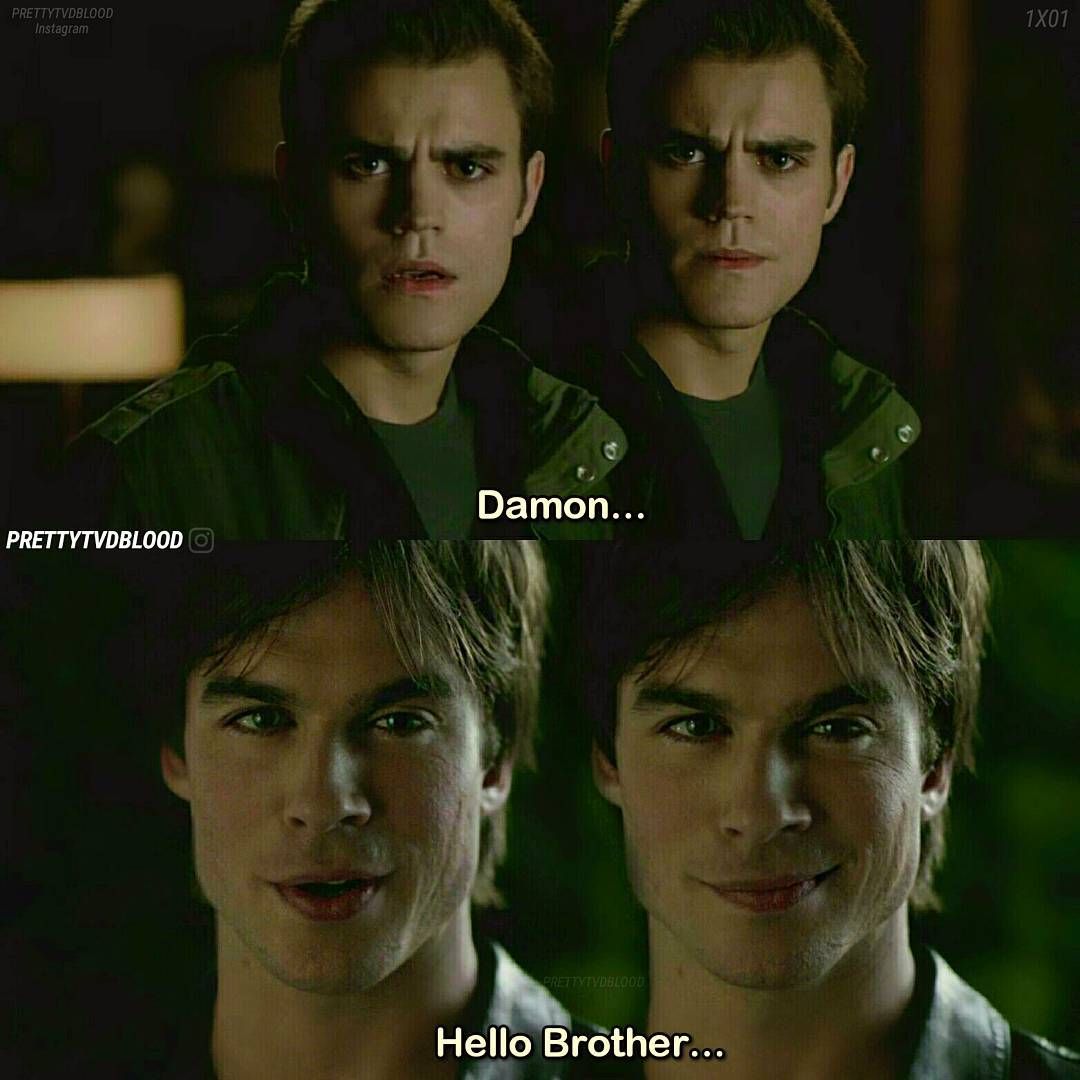 " When are you leaving?” Stefan asked, for he could not take any risk , even for another second.

“Oh Stefan! You are still writing diaries? What type of person writes everything he feels! You should have my memory strength, trust me, its amazing.” Damon said in his deep badboy voice, ignoring Stefan.

“Damon, why are you here? This town is something you would never be interested in. Just leave.” Stefan was now enraged.

“Stefan,” Damon said in a careless voice,“I am here for my brother . I am here for you. To abide by the promise of an eternity of misery.”

“Thank god, I couldn’t take another day in the 90s. That horrible grundge look on your face, did not suit you.” Damon’s words were followed by his sexy smirk.

" I could have asked you the same question but I am very certain your answer would be summed up in one little word, Elena.”

Stefan was shocked. Damon knew Elena? He was now afraid that he would harm her, or not, but this shouldn’t be happening.

" Come on Stefan,” Damon replied after reading Stefan’s thoughts in his mind. ” Don’t tell me you are falling for a girl who you haven’t met. She, is not Katherine.”

Damon cut him off. ” No Stefan , no.” He gave a mischievious grin.” I didn’t hurt her. Because I want to see you being hurt when she dies in front of you.”

Stefan couldn’t hear more. He was caught with rage against Damon. Damon hadn’t changed at all. He was still the person he was being from 140 years after Katherine left them and went back to New Orleans and messed up their lives.

“Hey Stefan, I learned from uncle Zach downstairs that you haven’t had blood since years. Come on , lets hang out. Lets go somewhere where there would be more than just chipmunks. How about going to Elena? Her blood would be great, oh wait, have I had a taste!”

" Stop it.” He shouted and pushed Damon out of the window and jumped on him.He decided to kill off Damon tonight itself.

I just had dinner. Aunt Jenna makes the best cobb salad! She knows I like it a lot. She is very caring.

Also another strange thing happened today, when I was returning home. I saw someone I had never seen in Mystic Falls. He was young and good looking. I dont know why am I describing him. Its strange.

I met him outside the grave. He asked me whether I was Katherine. I didn’t understand him. This is how it went....

′ I am sorry, um, I am not Katherine. maybe you misunderstood.′

‘oh I am sorry. Actually I know a girl who just looks like you. I thought that -um- let it be. I am sorry.’

and then I remember nothing that happened later . I don’t even remember how I got home. it was like I had lost my consciousness and my subconscious brought me home.

All I remember is his name. Damon.”

Stefan fell on the ground . He looked around . Damon was not there. Then he heard him laughing behind him. He turned around.

" See Stefan you are weak. You know animal blood does that to a vampire. More like to a vampire like you.“he smirked” I am going inside , tell me when you change your mind to start drinking human blood . Again.” He smirked again.

Stefan now understood that Damon was here to bring back the Stefan who had a bad past. And Stefan couldn’t repeat the things that he had done before. He had to move on , as much as he did till now.

But before that he had to expel Damon out of the town. For he was a threat. To Elena.