azkabanzgirl would love your feedback! Got a few minutes to write a review?
Write a Review

“Meh, nothing he hasn’t threatened before. I replied, he should leave me alone.”

Draco propped himself on the counter and watched me make food.

“Should I try and talk to Alyssa?”

“Don’t see why you shouldn’t.”

“You’re so helpful,” I said, taste testing the sauce.

I placed my mug back onto the coffee table and rested back on the couch, joining my fellow

“No, Snape and McGonagall are definitely banging,” said Adrian munching on some potato chips.

“Gross, the imagery. Why would you say that.” Terence threw a pillow at him.

“Nah, Minerva would not settle for that long-nosed bird,” Draco said, taking a sip of his butterbeer.

“I never said she would settle, but no way they aren’t shagging on the side.”

“That’s like saying Filch and Mrs. Norris are banging,” Alyssa said, her nose scrunched in disgust.

“THEY ARE, I for sure heard them getting it on. Kyra remember? We were headed to the kitchen and we heard those sounds.”

“It was probably peeves, he always roams the halls next to the kitchen.”

“No, it was definitely Norris.”

“How do you know so much about ms. Norris and her moans, Pucey?” asked Blaise.

We were about 24 hours into the trip, alternating shifts during the day.
Miles was currently driving, his shift ending soon. It would be Alyssa’s turn next.

I left the living room temporarily to change into some sleeping clothes.

Miles’s shift was over but we took a quick break before Alyssa’s. We parked the trailer at a large park. I stepped out of the trailer, Terence, Blasie, and Draco behind me. Alyssa taking a power nap to prepare for her shift. Terence held a small bag of herbs and a large colorful bong.

The park was pretty large, it was surrounded by grass and trees. But in the middle was filled with woodchips and the playground.

I saw a set of swings and Blaise and Draco saw them too. We shot each other a glance before dashing to the swings.

“Guys come on, this isn’t fair. I can’t run with these, I want a swing,” Terence pleaded.

“Sucks for you buddy,” I shouted, running to the swings. Blaise was tackled to the grass by Draco.

“Asshole,” said Blaise, kicking Draco trying to escape his grasp. By the time Blaise escaped I was comfortably settled in a swing, pushing myself off the ground. The swing was occupied by Terence, Blaise, and Draco sitting on the wood chips that surrounded the swings.

Terence put the glass tube onto his lap.

He shrugged his shoulders and Terence cast an Aguamenti charm followed by a glacius charm, making a few ice cubes. He placed the ice cubes into the bong. He then placed the weed into the bowl of the bong.

He lastly cast a Periculum charm, sending a spark to emit from his wand, igniting the weed.

Terence placed the mouthpiece against his mouth and took a hit, doing a few tricks with the smoke before handing me the glass sculpture. I cast a cleaning charm and Terence looked more than offended before I placed it against my mouth, inhaling the air; keeping it in for a few seconds before exhaling passing the bong to Blaise, The cooling feeling hit instantly but the buzz wasn’t quite there yet.

A few minutes passed and the bong was passed around, returning to me once again. I was already pretty out of it but another hit couldn’t hurt, I put my lips against the mouthpiece and inhaled again.

I rested my head against the chain of the swing, watching the boys pass the herbs around. I took one last hit before stopping completely.

Blaise looked around for a few moments before scurrying up and sprinting to the merry go round, Draco following behind him. Draco stumbled a few times in his attempt to outrun Blaise.

I pushed my feet off the ground, kicking my legs in the air while I sat in the swing. I closed my eyes and let the wind consume me. Draco laughs in the background of my high.

There was a howl in the trees, making me dig my feet into the ground. Stopping the swing completely.

“What are we going to do, Terence?”

“When-if they find us what are we going to do?”

“Kill them. You got those daggers for a reason.”

“I’ve never killed anything, ever. I’ll be taking someone’s life.”

“I’m gonna sound crazy but I want to kill them. I need my revenge.” His eyes were hooded, obviously drowsy; but he wasn’t lying. He wanted to kill them. He was going to kill them, not all of them but some of them.

He rolled his eyes.

“Terence, I’m not saying that your revenge isn’t explainable. I understand, I really do. But I’m saying that you shouldn’t blame them, they didn’t hurt her. Greyback did. I’ll kill them, not for revenge, but for you.”

He got up from the swing and grabbed the bong, heading back to the trailer. Mumbling curses under his breath.

I looked back to where Draco and Blaise played before joining them.

“Took you long enough, we needed someone to spin us,” Blaise said while impatiently tapping his feet as he sat in the merry go round.

“Hell yeah!” Draco hopped into a seat before I started pushing the equipment.

I pushed the roundabout as hard as I could before letting go and letting it a spin. Blasie was screaming his head off and Draco was dying with laughter. The spinning slowed down.

I pulled out my wand and tapped the metal that made the roundabout. It instantly spun

making all of us scream.

After finishing our spinning episode we headed back to the trailer. Draco stopped me before we left the woodchips of the park, allowing Blaise to go in before us. He twirled me so I was wrapped in his arms and pressed his lips against mine.

“You’re very beautiful,” he muttered against my lips before going into the trailer.

I entered the trailer a few moments after him, making sure my lips weren’t too swollen. Draco and Blaise were playing video games and Alyssa was getting settled into the driver’s seat.

“I’m heading off to bed, good night,” I said, taking my shoes off.

The boys said their goodnight but before I entered my room Alyssa said “Kyra could you stay out here while I drive.” It wasn’t really a question, more of a semi instruction.

“Yeah, sure.” I walked back and occupied the passenger seat, beside Alyssa. She started the car and started driving. It was so awkward, so fucking awkward.

I broke the tension. “Do you want something to drink?”

“Yeah, could you get me a coffee?”

I walked up, grabbed a coffee from the fridge, and also grabbed Alyssa’s favorite snack that I bought when we first started the trip. I grabbed myself a soda and walked back, handing her the drink and snack.

“Thank you.” I took my seat and started the radio. “When did you buy this?”

“Oh, I bought it when we first started the trip.”

We stayed silent as she drove, moving our heads to the music.

“Are you and me good?” The words left my lips without much thought.

“Um, not that we weren’t, it’s just that we’ve been distant since you got back.”

“If you don’t mind me asking, where did you go?”

“I can’t tell you where I went, but I can tell you what I did. What I learned, if that’s good enough.”

“Well, I was originally leaving to become an animagus and shag, which I did do. But then Blaise wanted to go to a party. It was only supposed to be a party, but then we got addicted. We learned more about the wizarding world than any adult would even think about telling us.”

“What animal did you choose?”

“We chose a dragon.”

“Me and blaise, if we became animagus we had a chance of living longer. I’m in love with him, I want to spend eternity with him.”

“What did you do in that month?′

“I partied almost every night, smoked, drank, danced, shagged. No connections, because nobody cares.”

“What do you mean nobody cares?”

“I promise you, Kyra, when I was gone, nothing mattered. Nobody cared. My parents didn’t fucking notice. I was free, unattached to this shitty world. Nobody gave a shit about what happened to Blaise and I. It was perfect. Kyra, we are all going to die, one way or another. Just depends on how.” She paused to take a sip of coffee. “It’s nice being high, right Kyra? Everything is numb, and you couldn’t give two shits. There is a war coming, might as well make the most of what we have.”

“You-know-who was spotted last year by the Potter. Slytherins might not like Potter but he’s not a liar. When I was partying in Knock Turn alley, most people were partying to escape. You might not believe me but there were fucking shrines for you-know-who. They honored and hailed him, like a fucking god.”

“Welp, if nothing matters I guess I should tell you. I had sex with Draco.”

“Yeah, it actually happened before you left, before Cormac. It happened a few times.”

“Okay so basically, that night where you told me not to come back to the dorm. That’s when it happened.”

She interrupted me, “what did he say?”

“Okay, you can’t laugh. Please don’t. So I was under him and I asked if he actually wanted to ‘do’ it. And he said I’ve wanted this since fucking forever. That’s all I’m telling you. Everything else is explicit.”

“That means he’s thought about it before,” she squealed.

“No, it was a heat of the moment type of thing.”

“Not really if he just stuck it in after.”

“Don’t call it an ‘it’, but many guys want to get with their girl best friend.”

“Oh, he is,” she smiled, moving her head slightly. “So what happened between you and mclaggen?”

“He was decent, 5 maybe 6 but he finished like a rocket. It was disappointing.”

“Did he get you to finish?”

“Hell no, he pumped like twice and asked if I finished. I just hushed him to sleep.”

“I missed you more.”

This is terences father, Fenrir greyback. 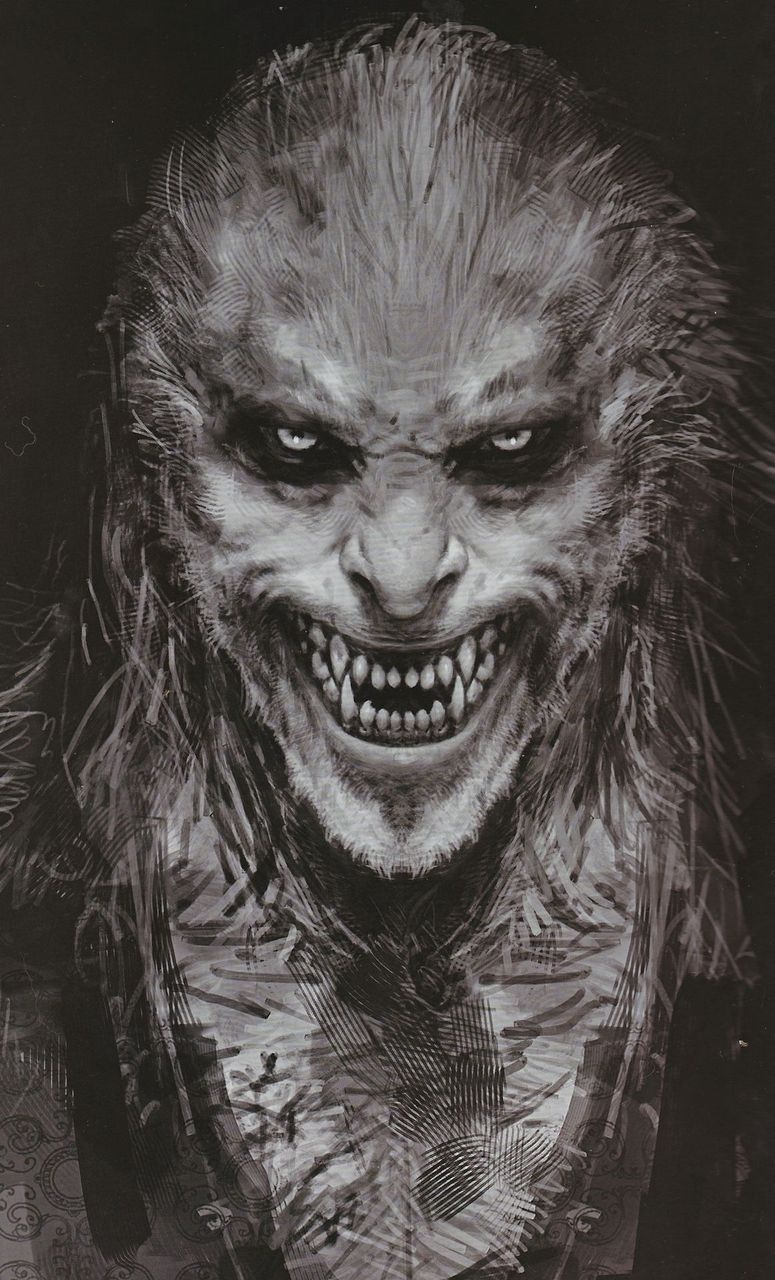 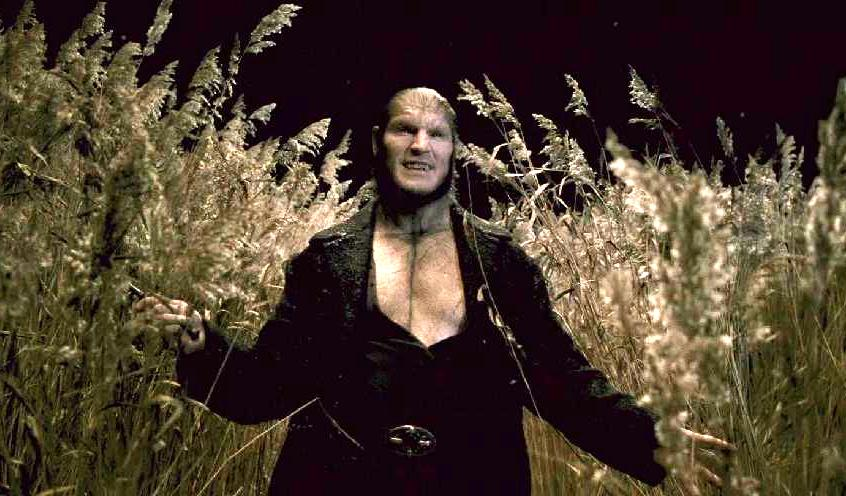 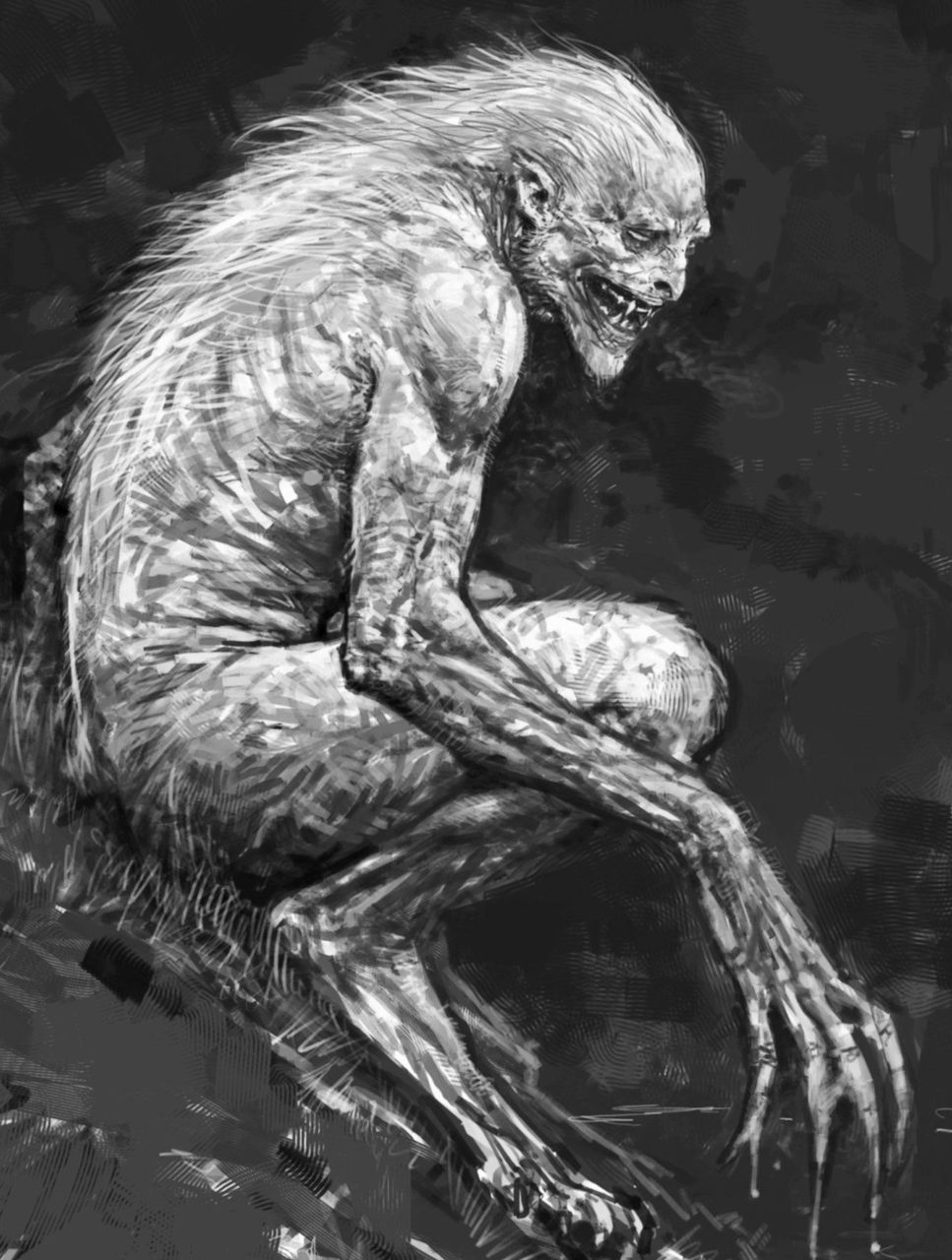 The first photo is of him transformed-close up.

the second photo is of him regularly.

the third is him fully transformed.