today was Christmas Day I woke up with a miner headache .probably a hangoverq.today me Nora ,Theo and Draco are all going to Draco s parents for Christmas , blaise isn’t coming unfortunately he’s spending it with his family . We usually go to my mums , this is gonna be the first Christmas without my mum . Which I love spending time with my mum on Christmas I usually help her prepare the veg.

I have met dracos mother years ago when it was like 1st year but I’ve changed a lot since then . I’m excited to meet them agin . Especially now me and Draco are a ‘thing’.

I got up and went for a shower and started doing my makeup and hair and packed my toothbrush and toothpaste I had already packed my clothes and things I needed . Lastly I got changed . 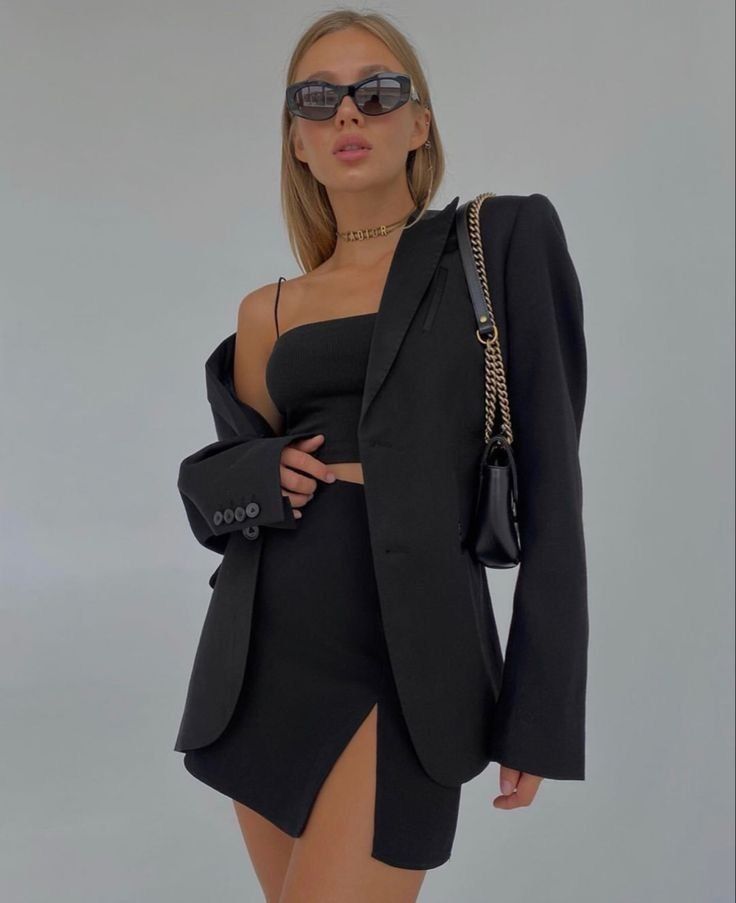 I wore this with my black Jimmy choo s

I pulled my trunk off my bed and pulled up the handle and placed it by the door .

“Morning No ra” I knocked on her door

“Y/n morning” she said as Theo opened the door he was wearing just a pair of boxers his face looked me up and down .cheeky. “Theo hi” I smiled

“Theo I think u need to get ready”

“Were leaving in 20 minutes-

Nora get up already!!”

Nora got ready and Theo went to his dorm to get ready .

“Draco” I opened the door and shouted and hugged him “you look amazing” he said giving my ass a squeeze, made me jump. He pulled out of the hug and looked me up and down

“Oh come on” I gave him a jokey slap , he laughed

“Nora come on” I shouted

“I’m coming , so inpatient” she shouted dragging her trunk out her room ,I went and helped her I was quite strong.

Fuck sake we’re going to be late . As it took like 2 hours to get their and narcissa told Draco to get their for least 10 !!

“Didn’t pack much” I questioned as it would of been really heavy .

I nodded at him confused

Theo and Draco walked in front of us to the limo that lucious had organised for us all . Me and Nora talked on the way .

We got to the limo and their was a small goblin waiting for the trunks . He took our trunks and placed them in the boot and came around and opened the door for us we all got in . I sat next to Draco and Nora sat next to Theo in the seats In front of us .

Nora and Theo went in first and I heard a woman welcoming them back agin .

“Ready” Draco said putting his hand out for me to hold . I thought that was very cute. I nodded.

I took a deep breath and walked in .

“Hey it’s been a long time” she added

“I know right , merry Christmas” I spoke to her

I thought it was quite sweet his mum and him have a very close relationship.

“Draco” a dark voice came form the dark corner of the room . “Father” followed with..

“Theirs someone I want you to meet” Draco spoke as he stepped out of the darkness into the light ” is this y/n rosier”. He said ,draco nodded “a rosier”

“Their very good people-” I cut him off

“When u say done business with them-

Who’s them!!” I started to shout as I have only known my mothers side not my fathers side my mother told me that he passed away from a disease.

“Recently” I shouted a little

“WHAT” I shouted I was quite mad and confused

“Draco go show y/n to her room” narcissa said clicking her fingers for the house elves to go get the trunks and take them to her room.

“Yes mother” he said wrapping arm around me and leading me upstairs I didn’t know what to say . Is my father really alive? Did mother lie to me?? I don’t know ?

“Yes” he said hugging me on

“im so confused, why didnt she tell me”

“anyways i got u a gift” i spoke walking over to my trunk that the elves carried up stairs , even know i dont know how as their very small .

“you didnt haft to”

“your not proposing are you?” he said jokeing

“no im not, here” i handed him the box and took a few steps back and watched him open it and their was a ring . with snakes 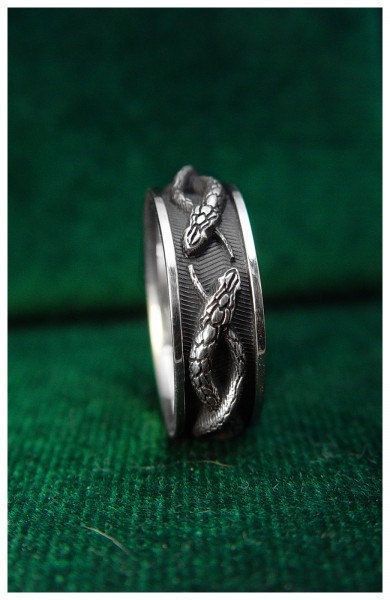 he looked at it and his eyes popped out , he came over and gave me a tight hug and kissed me . He put the ring on and held it in the air and looked at it “thank you so much y/n”

“Draco that’s not ur only present”

“Y/n you really didn’t haft to” he said soppy

It was now lunch and we have a feast of a roast . We were all sat around the table chatting

“I can’t wait for u all to open my gifts”

“We all know ur the best at gift giving y/n” Nora said made everyone giggle .

“Eat up everyone” narcissa shouted down the long table

“So y/n what ur favourite lesson”

Lucius asked me while cutting his turkey

It was now present time we are all sat on the sofas around the tree .

“Okay I want to hand out my gifts first”

“Draco here’s yours, I hope you like it if not I can get another” I handed him a white box .“y/n this ring was enough but I’ll open this one” he spoke smiling

“Y/n what did u get him dear” narcissa asked

“The newest Rolex” I responded to her she was shocked as it would have cost so much and it did trust me . 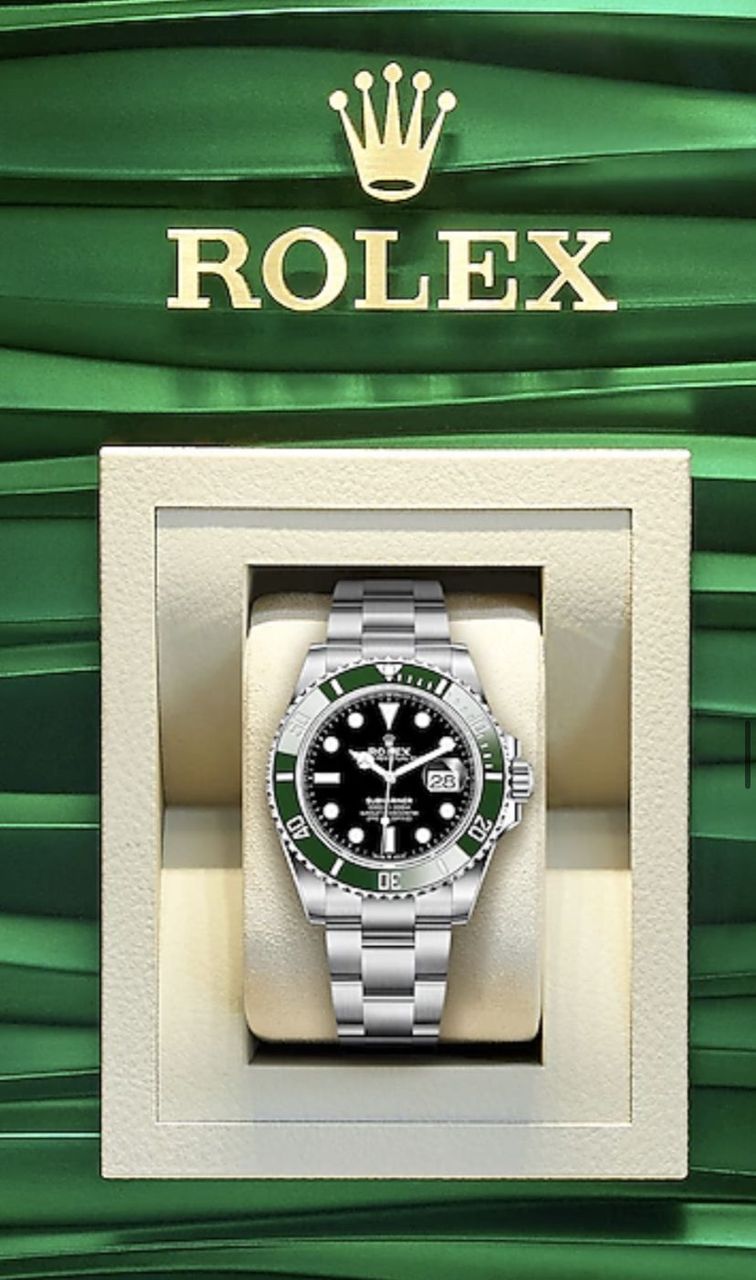 “Mesmerising” I filled him in

He pulled me in for a kiss I kissed him back .

“Okay so now Nora” I handed her a huge box it had ysl on it . Soon as she saw it she was so happy

“Thank you” she said 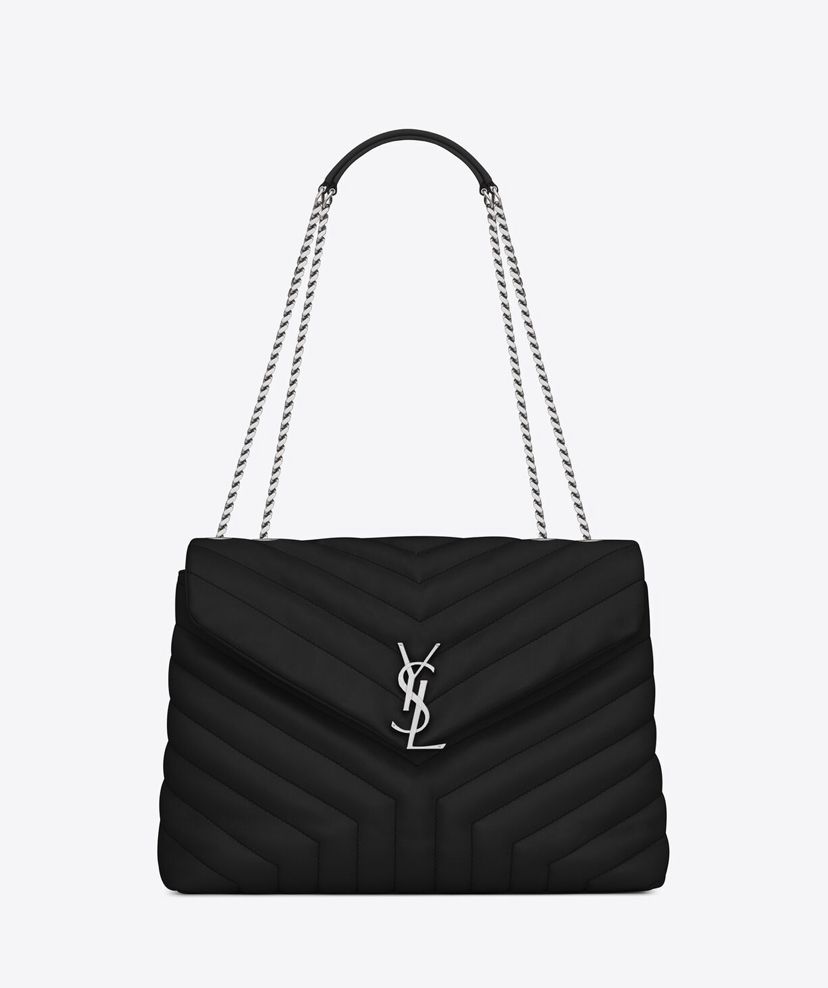 “I knew u would love it” I smiled

“Thank you so much”

" no worry u did say I am the best at give it gifts” me and Nora laughed.

He opens it and it was 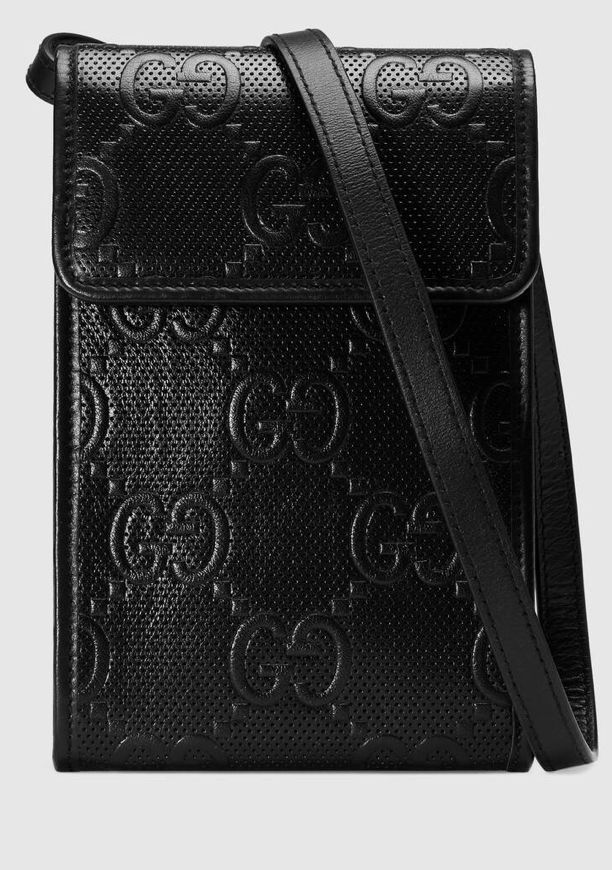 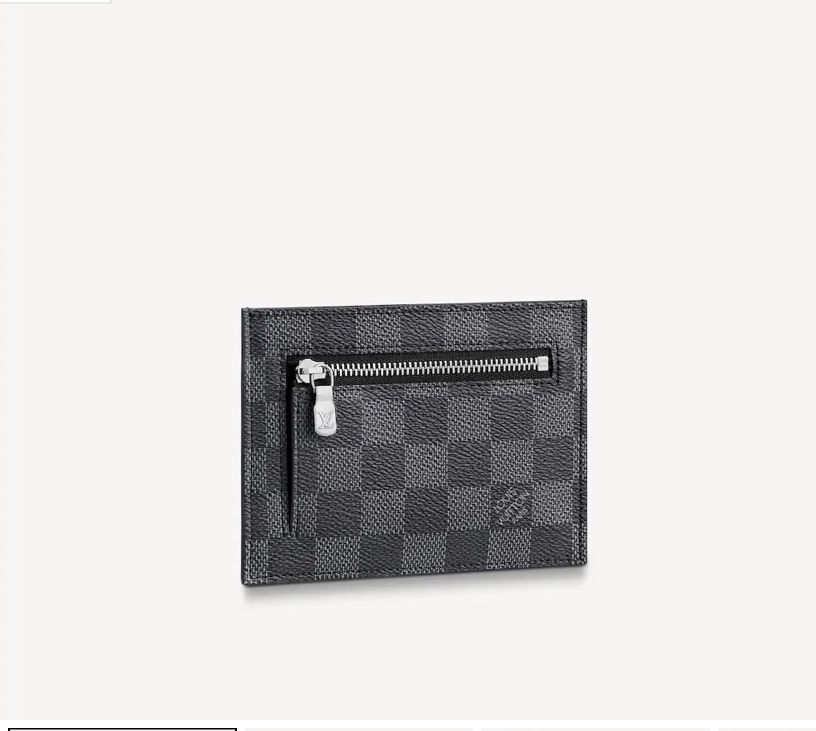 “Thank you so much y/n your the best”

He came over and gave me a big hug .

“You know everyone says that today” I laughed every else joined .

They opened it and it said

A trip to the four seasons hotel George v in Paris for a weekend away and spa and the Eiffel Tower view bedroom.

“Wow Y/n thank you so much” they both said “it’s no problem, Draco told me she’s ago you two have always wanted to go to Paris so their you go , everything is paid for including flights”

“Another thank you y/n” narcissa walked over to me and hugged me .

I heard Lucius whisper to Draco “she’s a keeper , don’t loose that one” Draco giggle “I know she’s a special one”

I opened it up and it’s the bag I’ve wanted to buy for ages but haven’t had the time.

“Draco this costs a lot, you didn’t haft to spend so much on me”. I said as I pulled the bag out and it was so beautiful I fell in love with it. “Excuse you , you spent a lot on me to so” he said making me chuckle .

So pretty I loved it , I just couldn’t believe that he got me this I’ve wanted this for so longgg.

After that narcissa and lucious gave me their presents it was 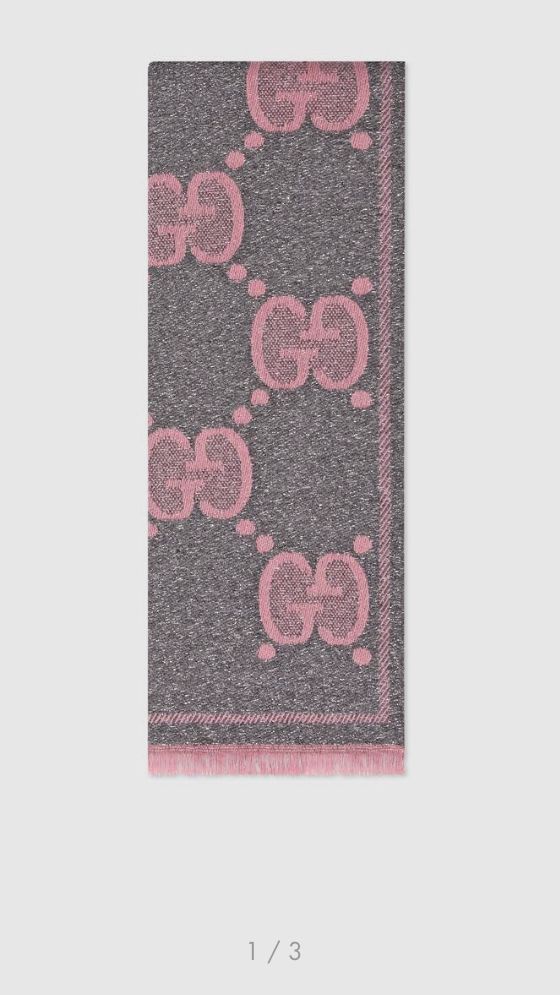 A Gucci scarf ,I loved pink Gucci things I was very thankful . 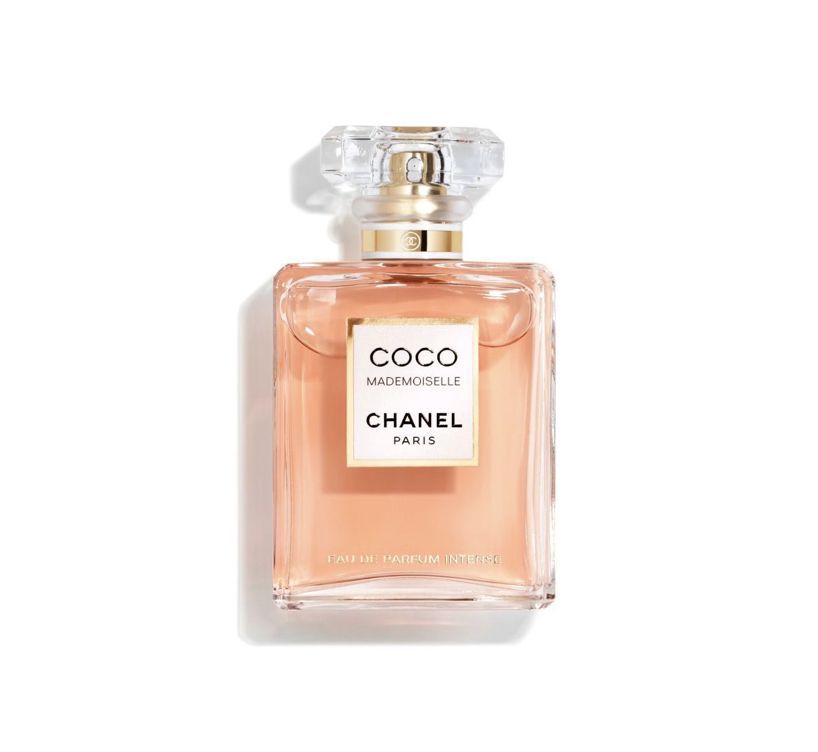 My favourite fragrance and >> 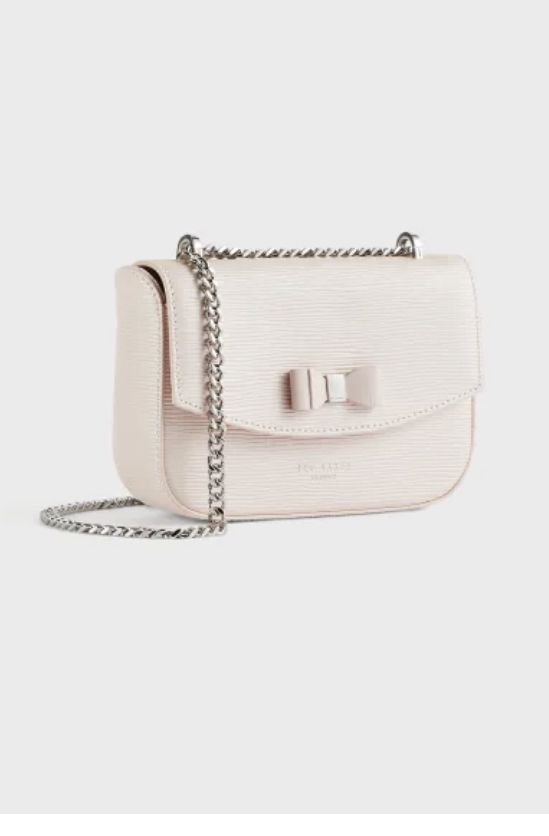 A ted baker cluch it so cute I loved all my gifts . I like giving more than receiving it makes me happy seeing peoples faces when I give them gifts . I loved my gifts they were all so amazing I was very thankful.

Me and Draco where now heading off to bed as we were so tired . I carried my gifts upstairs and went back down to say night to everyone .

I got back to the room draco was laying on the bed with only his boxers on waiting for cuddles . I undressed into one of dracos tops and stayed in my underwear.

“Thanks you for my bag draco”

I said pulling the sheets over us as I was snuggling into his chest .

“Welcome” he spoke back playing with my hair “draco”

I looked up into his sleepy eyes and spoke

“I love you” he didn’t say anything for a second. I hoped he would say something then he did “I love you too made me smile and climb onto of him and couldn’t help but clash my lips into his . A minute or two I collapsed my sled beside him and snuggled with him agin and we both fell asleep.

“What do u think about y/n” Lucius said to narcissa

“I like her she’s good for him , did u see. How happy she makes him”

“y/n for one is the one for him I think do you agree ” narcissa spoke up to him as he rapped his arm around her as they watched the fire .

“Of course I agree” he responded

FINALLY OMG that was so long