Today was the day of the party I didn’t have any lessons today. So today I just thought I’d pamper myself I took a bath and put on A face mask and just soaked and shaved my legs .

I wrote Fred a letter saying will you go with me and he said yes obviously. Nora told me she’s going to the party two with Theo as Theo’s friends with Cedric.

Later on I brought me and Fred our costumes so we were ready I got Fred a joker outfit and mine I’m cat woman.

It was nearly time to go so I got ready, put my eyeliner on ,curled my lashes and put on my mascara.

And did my hair curly then last but not least put my costume on ... 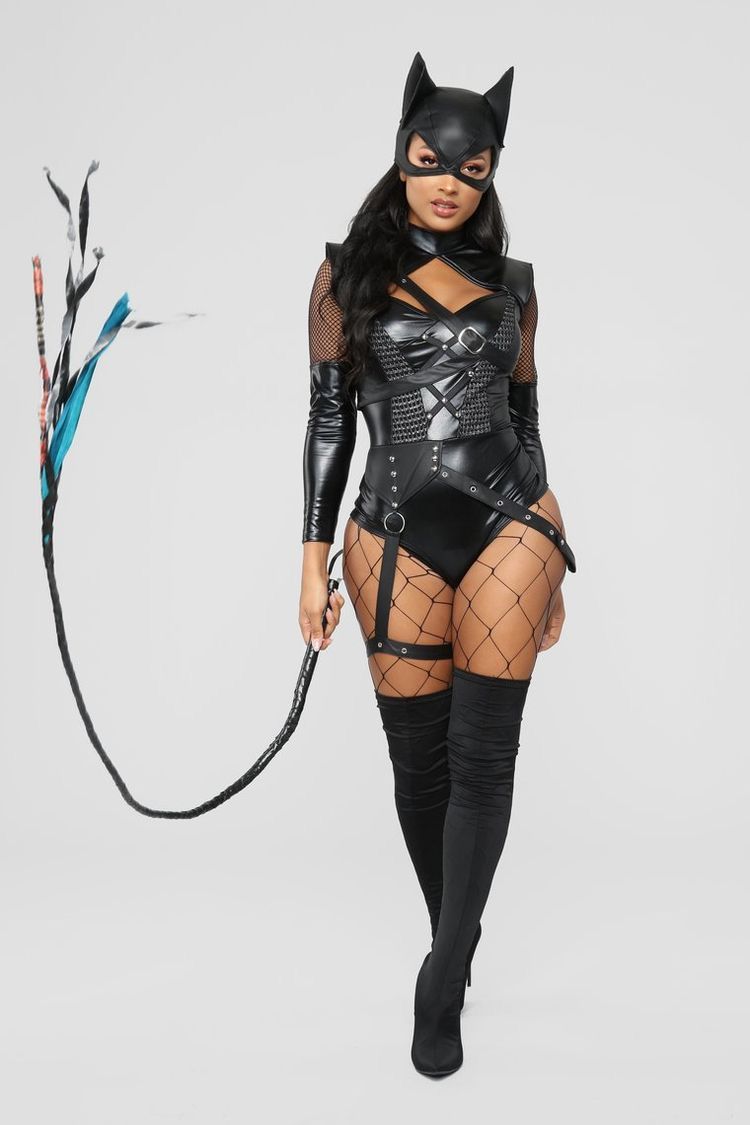 I felt really confident in it and it suited me really well .

I heard a knock at the door so I answered and it was Fred and he looked dashing in his superman costume. He couldn’t take his eyes off my body and made me chuckle honestly.

“You look good” he said smirking at me

“Oh well thanks , you know superman really suits you” I gave him a cheeky smile and he gave me a wink . as we both held hands on the way to the party.

We walked down the corridors and there wasn’t much noise probably because it was a quiet party.

We made it to the party and there was a very short amount of people . There was Cedric ~ Hermione,Ron,Harry,Theo,Nora , George and Draco ..

There was music on but not on full Cedric came over to us with two drinks in his hands .

you look hot” he said smiling looking me up and down

“Well thanks Spider-Man″ I gave him a wink and took the drinks I handed 1 to Fred . “I’ll be back in a min” I said to him he nodded and walked over to his brother George.

I went over to see Nora and Theo and Blaise and clearly Draco was there. He looked hot and irresistible; he was dressed as Batman I was practically drawing .

“Hey guys” I walked over to the group

Theo said but Nora gave him a jockey hit on the arm . I looked at Draco. He couldn’t look at me. I wondered why but I was here to have fun not to be stopped by some superhero. Blaise didn’t look happy; he never looks happy.

“Nora and Theo I love your costumes”

Nora poisoned Ivy and Theo ,how cute I wish me and Draco could do a matching but we’re not together.

I took my drink. I drank it all up and gave Draco a look. He finally looked back and me in the eyes. His eyes are so mesmerising.

I took a few swifts of one of Theo’s joints and I felt euphoria and high off my head.

I made my way over to the music box and turned it up and dragged Fred into the middle of the room so we could dance and he gave in quite quickly.

We were having a blast this moment. I was quite high , everyone was to be honest.

It was now 11:00pm and the party still lit everyone pretty drunk and high .

“How about we all play some games you all in?” Cedric shouted raising his cup

I raised mine and so did most people but Draco took some convincing.

“Come on Malfoy” I shouted giving him a wink

“Fine” he said walking into the circle

We were now all sat in a circle kinda thing.

“Let’s do a truth or dare?” Every one nodded to Fred’s response “truth”

“Y/n what you wearing” he flirted and gave me a wink .

“Uh nothing” I said giggling and smiling.

“Do you ever wear underwear y/n?” Nora asked laughing

“No not really” I laughed and most people laughed with me but Draco didn’t. He wasn’t in a good mood that was for sure.

“Nora truth or dare?” I asked

“Give Theo a lap dance” I said smiling

She shrugged her shoulders and grabbed these hands and took him to a chair behind us all and gave him a very seductive lap dance .

soon as you knew it they were kissing and we’re gone. I could feel dracos hard glare watching me , it was like it was burning my face.

“Uh” it took a few thoughts but I knew Draco was watching. So I stood up and sat on his lap and started to kiss him. It was quite passionate. Before I knew it I was pulled up by strong arms and ripped away from Fred.

I knew who it was; he had a soft skin and cold.

He took me into the corridors and pushed me up against the wall and pinned me .

“Draco what are you doing? I was having fun” I asked. I was also shaking to the coldness and I was a little scared but I could always hide it easily.

“Y/n i can’t do this anymore I need you” he said, taking his Batman mask off his face .

“Draco we’re not together remember”

I said , looking deeply into each other’s eyes

I said, still our eyes locked on to each other and still pinned against the wall .

“Well you’re not right now” he said, giving me a wink. I was confused but I knew what he was up to.

I couldn’t help myself but to kiss his lips .I bashed our lips together ,our tongues fighting for dominance. He couldn’t help himself but to lower himself down pulling down the bottom of my costume leaving me with just my top of the costume .

“Draco was in the halls, they will hear us!” I said I couldn’t help but be happy he didn’t listen just unbuckling his belt not breaking the eye contact .

so he grabbed my two thighs and held them up and took one hand and reached down to his huge length and without a warning he entered me , it felt amazing to have him again .

I nodded to his response as he pumps in and out , our breathing starting becoming heavier and heavier of how fast we were going . He covered my mouth as he looked around it seamed like he heard someone but no one was their. I hope.

I screamed as I moan in pleasure and glee , I rapped my hands around his neck as he pumped me as I was being pushed up and down the wall ,it hurt but in another way I was feeling good . We didn’t even get to finish.

“Y/n” a very masculine voice accrued from the darkness of the halls .

“Shit” I said looking at Draco he didn’t seam to care . I could hear footsteps coming closer .