bOoTyliCiOusxoxo would love your feedback! Got a few minutes to write a review?
Write a Review

“Oh SHUT UP you stupid alarm. BEEP BEEP MOTHER-” she said as she threw her phone across her room landing on a pillow she had kicked off her bed during her sleep.

She ran to her phone to make sure she didn’t break it.

“Oh thank god you’re safe my baby, sorry mommy will never abuse you like that again. You just have to understand that you can’t scream at mommy like that okay?” she said like a crazy person.

“You really are just weird you know that?” said Liam as he passed by her room to go to the bathroom.

“SHIT! Liam knock or something”

“The door was open idiot”

“Your point is?” she said while putting on a sweater that was on the floor as it was a bit chilly in the morning.

“Whatever I’m not wasting my time on you just being an idiot,” he said crossing his arms across his chest

“IDIOT?! You should be thankful you have someone as amazing as me as a sister. I am literally the whole package, you should pay me to be in my presence” she said as she grabbed his head and put it in her armpit. (EWW)

“Let me go idiot, go shower you smell,” he said as she finally let him go

“You know what? You should pay Me to spend time with you, maybe I can make some money seeing as you’re always lonely,” he said he said sticking his tongue out at her.

“Oh, you little shit,” She said as she chased after him going to the bathroom but before she could snatch his arm the door slammed in her face.

“Consider yourself lucky!” she said as she stepped back and accepted defeat.

She turned around and started walking downstairs passing by the dining table and snatching Carl’s piece of toast.

“I’m going to beat you up, I don’t care if you’re my sister”

“You can try noodle arms, we both know I could easily take you down and do my nails at the same time”

“THAT’S IT,” he said as got out of his chair and charged towards y/n in a playful yet angry manner...white boy carl? is that you?

Before he could do something the doorbell rang and y/n quickly ran to the door to answer. She opened the door to see Ian walk into the house followed by Mickey.

“Hey guys, what’s up?” she asked as they walked in and closed the door.

“Nothing much just lost my key sorry, I came to get some clothes,” said Ian

“Hey kid how are you?” asked Mickey with a sort of uncomfortable but loving tone.

Mickey and y/n were kinda close because she was friends with Mandy, his sister, so they saw each other more often...Also, Mickey beat up the boy that was trying to get handsy with y/n at a party she was invited to with Mandy. Mickey had accompanied them because his father had told him to but deep inside he wanted to make sure they would be ok.

“Is that the boy you’ve been crushing on since forever?” he asked walking around to sit on the sofa while Ian went to his room to get a fresh pair of clothes.

“WHAT?! me and Tate? ye-yeah right, so funny. I don’t have a crush on him Mick” she said stumbling over her words.

“No Mickey she’s got a new dude, he came by last night. You should have seen them they just couldn’t stop flirting with each-”

“What’s he talking about?”

“Nothing Carl’s an Idiot,” she said rolling her eyes

“Come on, I need to know whether I should keep an eye on this one”

“Ugh it’s just this boy I met yesterday at a store with Franny, she was throwing a tantrum and threw her doll hitting him. He helped me buy food for the party I’m throwing Tate in return for my number then he dropped us off and helped me bring them in and that’s it, happy?” She said at a quick pace.

“Jesus, gonna give me a fucking headache,” said Mickey with a grimaced look on his face.

“What about the little kiss you shared,” said Carl as he sat down next to Mickey

“You too?” said Carl looking at mickey

Both Mickey and y/n laughed while fist-bumping

“Hey don’t think that’s gonna excuse you from telling me about this kiss y/n,” said Mickey

“Oh it was barely a kiss, I just gave him a peck on his cheek. He was really nice and helpful, plus...he was sort of good looking” she said feeling butterflies in her stomach.

“No shit, are you blushing right now?” said Mickey while he and Carl laughed.

“WHAT? n-no I’m not...Shut up! Both of you” she said smacking both of them as she headed upstairs to take a shower.

She groaned as she stepped into her room to get her stuff and take a quick shower. It was 12:15 when she checked her phone, she would need to hurry up to get the house ready. When she finished showering she put on her dress and decided to try and put on some eyeliner and mascara as well as a bit of perfume to smell nice. She took a look in her mirror and hated to admit it but she actually looked really pretty. 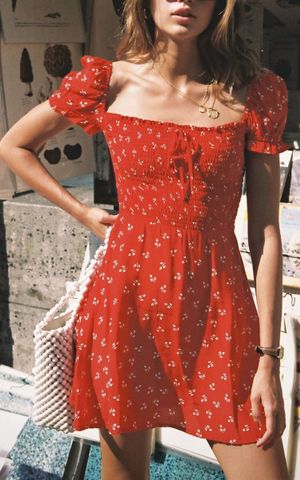 Perfect. She had enough time to set up and make it to the park on time, she was so excited. She had waited for this since he left early summer. She really missed her best friend. When she walked downstairs all she got were stares from the boys and Debbie? When did she get here?

“Yea you really do look, pretty sister,” said Ian who was leaning against the counter

“Tate’s one lucky dude if I do say so myself am I right Ian?” said Mickey

“oh stop it you know we aren’t dating, I don’t think he likes me in that way”

Did she like him? They had been friends for years, she couldn’t deny that she wouldn’t get all warm inside when she used to hang out with him. Was she just saying that or...? looking back at the years she had definitely seen Tate as more than a friend at some point but it was complicated. When she was just discovering her new feelings Tate had to leave and she didn’t really pay much attention to those feelings.

“Well he has been gone all summer,” said Ian

“Whatever happens he better not hurt you or I’ll hurt him,” Mickey said as a joke but not really...

“yea...well I have to finish setting up a bit around the house and then meet him so no more Tate talk ok?”

“Alright well, Mickey and I are gonna head out alright? See you at the party” said Ian walking out of the back door with Mickey following behind.

“Yea I have to take Franny to go and buy something for her to wear at the party,” said Debbie

“Focus Y/n!” she scolded herself, she couldn’t be thinking about other boys right now if she was going to make it to the park on time.

When she finished she checked the time to see that it was now 1:45, she had just enough time to make it to the park. She speed-walked to the park all nervous, she didn’t know why. They had been friends for a long time so why was she feeling nauseous? She made it to the swings before Tate or so she thought...

What did you all think of this chapter? It’s a lot longer than usual, YOU’RE WELCOME!

Ok it’s almost time to see lovely Tate again...I’m excited, are you? let me know in the comments.

Remember to comment and vote to let me know you liked it :)