invinciblemoonwalker would love your feedback! Got a few minutes to write a review?
Write a Review

“Come on babe, hurry up! How long could it possibly take to put on a simple pant and shirt? We’re just going grocery shopping!”

“I swear, that man takes longer than me to get ready” I thought to myself as I laced up my shoes to see Michael running down the stairs in black jeans and a white V-neck shirt. I stood up and adjusted my own outfit while Michael was frantically putting on his own shoes. 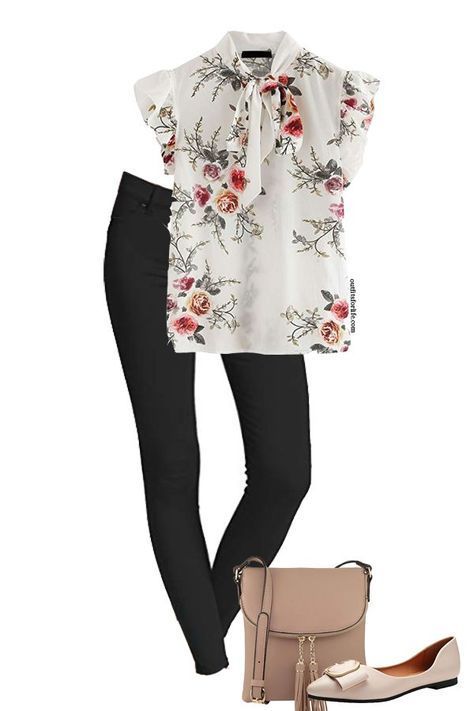 Michael then slid to the door and opened it for me. “Yup!”

“Aww, you’re so cute you know that?” I reach up and boop his nose.

He rolls his eyes slightly blushing and smiles “Shut up y/n! You’re embarrassing me!”

I giggled a little at his embarrassment before heading to the car with him. “This time I’m driving and nothing you say will change my mind!”

“Aww Y/n! Pleeeeeeeeeeease! It was just one time!”

“Nope! Not happening. I don’t feel like dying today.” I took the keys into my hand and got into the driver’s side before turning on the ignition with Michael getting in afterwards.

Throughout the entire drive, Michael kept messing with the radio, constantly changing it from station to station.

“Mike, just pick a station and stick with it. You’ve been changing it for the past ten minutes!”

“Well there’s nothing good on here! This is horrible!” he says as he changes YET ANOTHER station. After what felt like hours, we finally made it to the grocery store.

“Yay! We can finally get candy!”

“Michael, you know too much candy isn’t good for you.”

“God, why is he so adorable!” I giggled a little at his comment. “Maybe next time! Right now though we need to get more important things like milk and bread and real food to eat.”

“Fine. But can I get just one piece of chocolate?”

“Okay, just one though.”

“Yay!” At that he practically jumped out of the car and closed the door before running to my side to open the door, almost dragging me to the store in excitement. “Come on Y/n! Hurry up!”

As I finally regained my footing, I jogged alongside him before reaching the entrance and leading him directly to the candy isle. “Only one though, so you better make it count! I’ll go get the other groceries in the meantime,” I said to him before going back to the entrance to grab a cart and commence the manhunt for our food.

About thirty minutes had passed and I finally got all the groceries in the cart. “Man I need to work out more! I can barely push this thing! It’s a good thing I’m finally done here!” But for some reason I felt like I was missing something. I shrugged it off, figuring I could get it next time I go grocery shopping and started to walk towards the cashiers until I heard my name over the overhead announcements.

“Y/n L/n, your child is at register eight”

“My child? I don’t have a child,” I thought to myself but proceeded to register ten anyways just to see Michael there, pouting that I forgot him. “Oh my gosh! I can’t believe I forgot Michael!” As I get closer to him, I see what seems to be tear streaks going down his face.

“Oh my gosh, I’m so sorry Michael! Please forgive me!”

Michael just stared straight ahead still with that sad expression on his face. I decided to try to cheer him up to buy all the candy he wanted from the store, so I led him back to the candy isle. “I promise, I’ll get you whatever candy you want, however much of it you want.”

Michael just looked straight ahead with that same expression for a few minutes before pointing up at a huge bag of assorted Hershey’s kisses. I took two of those bags and placed it in the cart before taking Michael’s hand and tryin to push the cart with one hand to the checkout line. After seeing my struggling, Michael decided to take over for me and pushed the cart to the emptiest line. Once we checked out and loaded the trunk, I drove us back to our home.

The whole car ride there was silent. When we got back, Michael got out of the car and started unloading the trunk, putting the groceries onto the kitchen counter. At this point, I didn’t know what to do to cheer him up anymore so I just took the two Hershey’s bags and placed them on the coffee table in the living room before plopping down on the couch in utter disbelief that I actually forgot about him and started tearing up a bit.

“What kind of a lover am I? I actually forgot about Michael and was gonna come home without him!” A few tears ran down my face but I quickly wiped them away. Hearing the sound of footsteps, I looked up to see Michael standing in front of me with a somber expression.

I was cut off by Michael picking up my legs and placing them on the couch so I was now leaning against the armrest.

Michael then got on top of me, wrapping his arms around my torso and resting the side of his head on top of my chest. Hesitantly, I wrapped my arms around him too and gently started playing with his hair, causing him to relax even further. “Please don’t do that again. I was so scared.”

I started tearing up again at the thought of what might’ve been going through his mind. “Michael, I’m so sorry baby! I promise, I will never do that again. I love you.”

He laughed and smiled a little at the fact I beat him at his own game. Just seeing him smile is enough to make my whole day. And his laugh is something I could listen to for the rest of my days and never get tired of it! Michael then lifted his head up and flicked his gaze from my lips to my eyes and said, “Do you want a kiss Y/n?”

Michael then leaned toward me and I leaned toward him too, closing my eyes so I could feel the magic of when our lips met. But they didn’t. I then felt something against my lips that wasn’t his own. When I opened my eyes and looked down, I saw he put a Hershey’s kiss on my lips instead! “Why you sneaky bastard!”

Michael was laughing so much he could hardly form a proper sentence. “S-Sorry Y/n! You should’ve seen your face though!” he said as he continued to laugh, lifting the top half of his body from me so he was sitting on his knees. Now it was my turn to pout.

“Aww, I’m sorry baby! I had to! It was just too good of an opportunity to turn down!”

“Hmph!” I crossed my arms pretending to be mad at him.

“Oh baby, please don’t be mad at me! I promise, I’ll do anything you want!”

I pretended to think for awhile before I finally answered. “Okay. But only if you give me a kiss.”

Michael smirked, saying in a seductive tone, “Anything for you babe” as he leaned down to place a kiss on my lips.

I stopped him by placing a hand over his mouth and said, “I meant a Hershey’s kiss.”

Michael looked offended as I reached over to get a chocolate from the coffee table, unwrapping it and popping it into my mouth. He shook his head and laughed. “Girl, you are something else!” He laid his head back down and wrapped his arms around me again.

Michael looked up at me with a smile and said, “Yes, I do” before placing his head back down and letting out a deep sigh as I played with his curls and we both drifted off to sleep.

cherry2limeaide: I am excited to read more of this book. Of course it needs editing but otherwise it is amazing and keeps me wanting more.

Sofiavergara: Its really relatable and cool

Kerrie Mckeehan: this book just keeps giving and i love the plot of frankie and lucas love story

Janis Hynes: This is a good book

Andrea: Best book I have ever read pure bliss

mrsbabear: I loved this series...no cheating, lots of respect and love.

Read Now
What Happens in Vegas by S L Walders

Read Now
More Recommendations
Taking One for the Team by mytopia00

Christina Kontogianni: A book is good if you are sad when you finished it. And I was sad 🤪

marieamy788: Loved it and enjoyed it

gailbutts126: I especially enjoyed this story. It had all kinds of twist and turns. A little morbid facets. It was well written. I would recommend it to allreaders.

Siphosethu Ennie Ngwenya: I l loved this book but wished for a different ending for heena

maggiev8mv: I enjoyed this story. You keep the pace going and added lots of plot twists.Only criticism would be there are places more detail would enhance the story. But that's just my opinion. I'm off to read the next story. Thank you for sharing

maggiev8mv: I enjoyed book 1, book 2 freaking loved it. A tad predictable, but the writing style and storytelling skills made up for it. Thank you for sharing your story!!! Now Book 3!!