Yukino27_2020 would love your feedback! Got a few minutes to write a review?
Write a Review

Ae walks along the beachside, staring at the waves crashing against one another. He remembers his promise to Pete. The promise that was never fulfilled.

He silently takes a picture with his phone, a million thoughts run through his mind. The memories, the longing, the yearning to be reunited once more.

“We promised we’d come here together.” Perth holds back his tears who are threatening to fall. “I haven’t fulfilled that promise yet.

As Ae continues to stare at the skyline of the sunset, he imagined Pete next to him. The usual gesture of laying his head on Ae’s shoulder, the usual smile of shyness peeking at Ae, the usual soft endearing voice when he says “Ae Krab″ to Ae. Ae misses them all.

Ae notices an incoming message and breaks his memory. He opens the new message and his eyes light up. A frozen shock, a couple of seconds of silence, a slow genuine smile breaks on Ae’s face. A smile that no one has seen for a while.

Tears finally escape his tear ducts, running down his face as Ae touches the message on his phone screen.

He’s back! Pete is back!

Ae lets out a cheerful howl towards the beach! He speeds back towards the resort and gets on his bike. He sends a quick message to Can before leaving with a puff of smoke.

Can gets a message alert and stops an incoming kiss from his boyfriend Tin. Tin immediately darkens his face with a scowl and glares at him.

“What? Ae just message me, saying he’s leaving... Why is he leaving? Did he not like the resort? Or is he missing home?” Can blabs on.

“But.. Tin!” Can utters his boyfriend’s name before being captured by a pair of passionate lips. Tin pins Can down while sucking his lips, shutting his chatty boyfriend.

Can pouts but gives in as he loves kisses from Tin. He wraps his arms around Tin and pulls him closer, while his thighs parted ways for a hungry tiger.

Ae runs into the arrival hall and darts his eyes around the arriving passengers. He suddenly gets fidgety, without any physical or mental contact with the person he’s longing for.

He runs from the first entrance to the last, making sure he did not miss a single passenger exiting the airport. After 10 minutes, Ae sinks down onto a waiting seat as he continues to scan the sliding doors.

A distant but familiar voice emerges. Ae snaps his head up to find the person he has been dreaming of for so long, standing in front of him with the same shy smile he remembers.

“Ai Pete!” Ae cries out, ignoring everyone around them. He throws his arms around Pete and hugs him tightly, afraid of letting him go. He slowly inhales the familiar body scent of Pete, even though there is a wild cologne scent he does not recognize; he recognizes the scent of Pete.

“Ae...” Pete whispers softly, hugging him back. He feels the pain and aching of his lover and lets him bury his nose in his neck, hoping this will calm him down.

“I miss you. I miss you so much.” Ae chokes out softly, tears blurring his vision.

“Ae... I’m sorry... I went to the bathroom. I want to make sure I look nice when I meet you again.” Pete explains with his head down, hiding his blush.

Checking him out for the first time in two years, Ae notices some changes in Pete. He has matured and grown manlier than in the past years.

Gone are the formal wear Pete usually wears during their first year. He has his hair styled up, making him more sophisticated. Germany seems to have changed him, even a little. 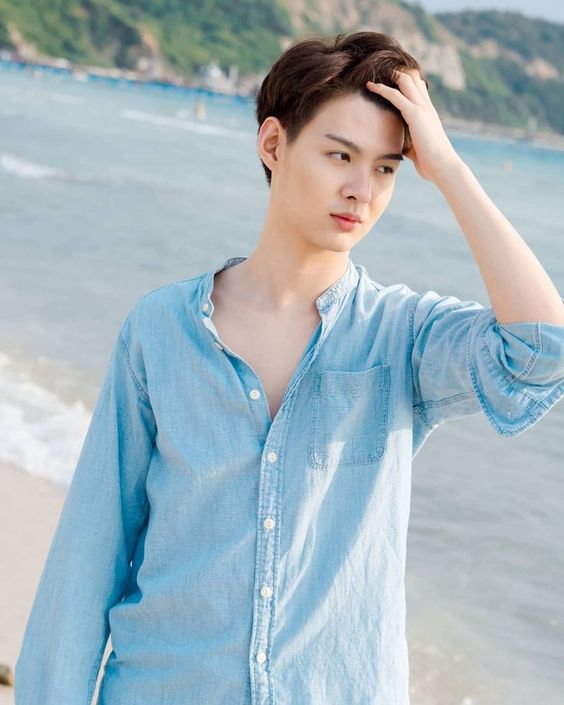 Pete smiles back and touches Ae’s hair. “You grew out your hair.”

After a short exchange of multiple stares and internal dialogues, Ae holds out his hand towards Pete. “Let’s go?”

“Ae... You have a bike?” Pete looks at his ride in astonishment.

“Hop on! Or do I need to show you how?” Ae teases lightly, remembering their first encounter. Pete laughs and climbs onto the bike, wrapping his arms around Ae’s waist. He misses this feeling.

“Ae... Let’s go to my place? I’ll show you the route.” Pete says nervously, he wants to be with Ae tonight. Their first night after being reunited.

“Sure... I might have to borrow your clothes though.” Ae turns on the engine and drives off towards their private room.

After a quick shower took individually, Pete lays on Ae’s lap in the living room as they talk about their life over the past years we were separated.

Pete mentions the agreement he made with his father before returning to Thailand. “I promised my father I’ll take over the company until his son is old enough. He will then grant me my freedom. But my condition was, I will return to Thailand to be with you.” Pete states as he runs his fingers over Ae’s hair, gliding through the dark strands covering his attractive eyes.

“So your father is okay with that?” Ae strokes Pete’s cheek lovingly, he finally had his fill of countless cheek kisses he had missed.

“He has to. In return, I had to grow up a little though... I guess I’m not the same Pete you saw two years ago.” Pete bites his lips unconsciously.

“What are you saying... You’re still the Pete I love. The shy, gentle loving Pete I know.” Ae replies starstruck as he bends down to kiss the soft lips of his lover.

“Ae... Thank you. You waited for me. Even takes two years.” Pete gazes up with a tender expression. “I promise I will not leave. Ever.”

“You better not. I can’t go through that again...” Ae replies with the existing heartache.

“Ae Krab! I want to hear you sing again. The song you posted on Facebook for me.” Pete hangs onto his arm with a long-awaited pout. “Na na...”

Ae chuckles lightly and touches his cheek. He leans in for another kiss, tasting the sweet plump lips.

A ringtone breaks their makeout session and Ae reluctantly picks up the call. “Ai Ae!! Where are you?! The boys are waiting for you for the barbeque!! Lots of meat and booze!! Woohoo!!!” Pond’s annoying voice blasts over the call, Pete joins the conversation as he giggles at Ae’s angry face.

“Sat Pond!! I left and I’m busy! Don’t call back!!” He shouts and turns off his phone. “That annoying bastard!”

“Hahaha! I kind of miss him though.” Pete teases Ae, knowing he will be pissed.

“Hah? Do you miss him? How about me? Huh huh?” Ae grumbles as he saddles Pete on the couch and responds with a full-blown French kiss. Pete smiles in surrender, kissing Ae in hunger. He has not experienced such hunger for a long time. They are both hungry.

“Ai Pete. What do you say if I post a picture of us together in bed and switch off my phone for a week? It’ll just be the two of us. Together.” Ae suggests with a smirk.

Pete responds with a light peck on the lips. “That sounds amazing.”

“I saved up all my love for you. It’s time to release the river...” Ae teases as Pete slaps him with a red face.

Can spits out a mouthful of soda as he glues his eyes on his phone screen. “Tin... Tin... Oiii Tin!!!” He hollers for his boyfriend.

“Yes, cantaloupe.” Tin walks over. Can shows him his phone and Tin widens his eyes in surprise.

In a matter of seconds, a loud scream pierces through their ears. Pond dashes over with their gang following him closely behind.

“I don’t know!!” Pond screams loudly. “Ai Ae is not picking up my calls. His phone is off!!! What if an alien pretends to be Pete and kidnaps him??”

Tin shakes his head at Pond’s statement. “If Pete is really back, they will want to be alone. We can ask him when he gets back.”

Pond opens his mouth to protest and the argument starts.

Chaos erupts at one end while the other erupts with desire, lust, and love.

In the midst of passion and sex craving, Ae and Pete’s fingers are finally intertwined as one. To never be separated again. 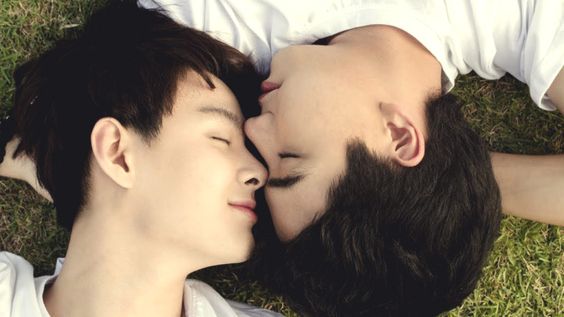 Did you enjoy my story? Please let me know what you think by leaving a review! Thanks, Yukino27_2020

aureliaelenah: Obsessed with this story 🥰🥰

Margaret South: If you're looking for something different this is the place 🌹

tabbycatx361: Love the book keep up with good work

Sofiavergara: Its really relatable and cool