Yoongi_is_Oppa would love your feedback! Got a few minutes to write a review?
Write a Review

It was a windy, but fairly warm Autumn morning. Yeona had just awoken and was brushing her ebony hair, the strands quickly falling into place within just a few strokes of the soft brush. She looked into the mirror, looked at her small, perky, nose. Her eyes, chocolate brown and her ever so long eyelashes.

She then examined the mole under her right eye and sighed. She had always hated this part of her face. No matter how hard she tried to cover it up, it wouldn’t obey. She gave up trying to cover it a long time ago. Her father, Count Min always told her to embrace it as a woman of the Min family. However, she was having trouble with men.

No man paid attention to her, at least the sons of rich families. At this point, she knew that she would not marry, but it did not bother her anymore. She was always cooped up in the mansion anyway. There was no way for her to make friends or meet anyone outside. Little did she know that this wouldn’t last for much longer.

“Yo, Cheeto! Come ‘ere for a sec’!” A yell came from the other side of the wall.

“It’s Chittaphon or Ten. Pick one!” Ten replied as he ran to where the other person was.

When he was almost at the door, he had an idea, just a little something to tease his best friend. “The fun has arrived, bitches!” he said ever so dramatically as he sashayed into the room.

They both worked together to lift a wardrobe. Mark and Ten had been best friends for as long as they could remember. Their families were really close, therefore, they were extremely close. Mark was like a brother to Ten, and his father was ever so proud to call Mark his son as well, even when he decided to dye his hair pink, using Kool Aide. 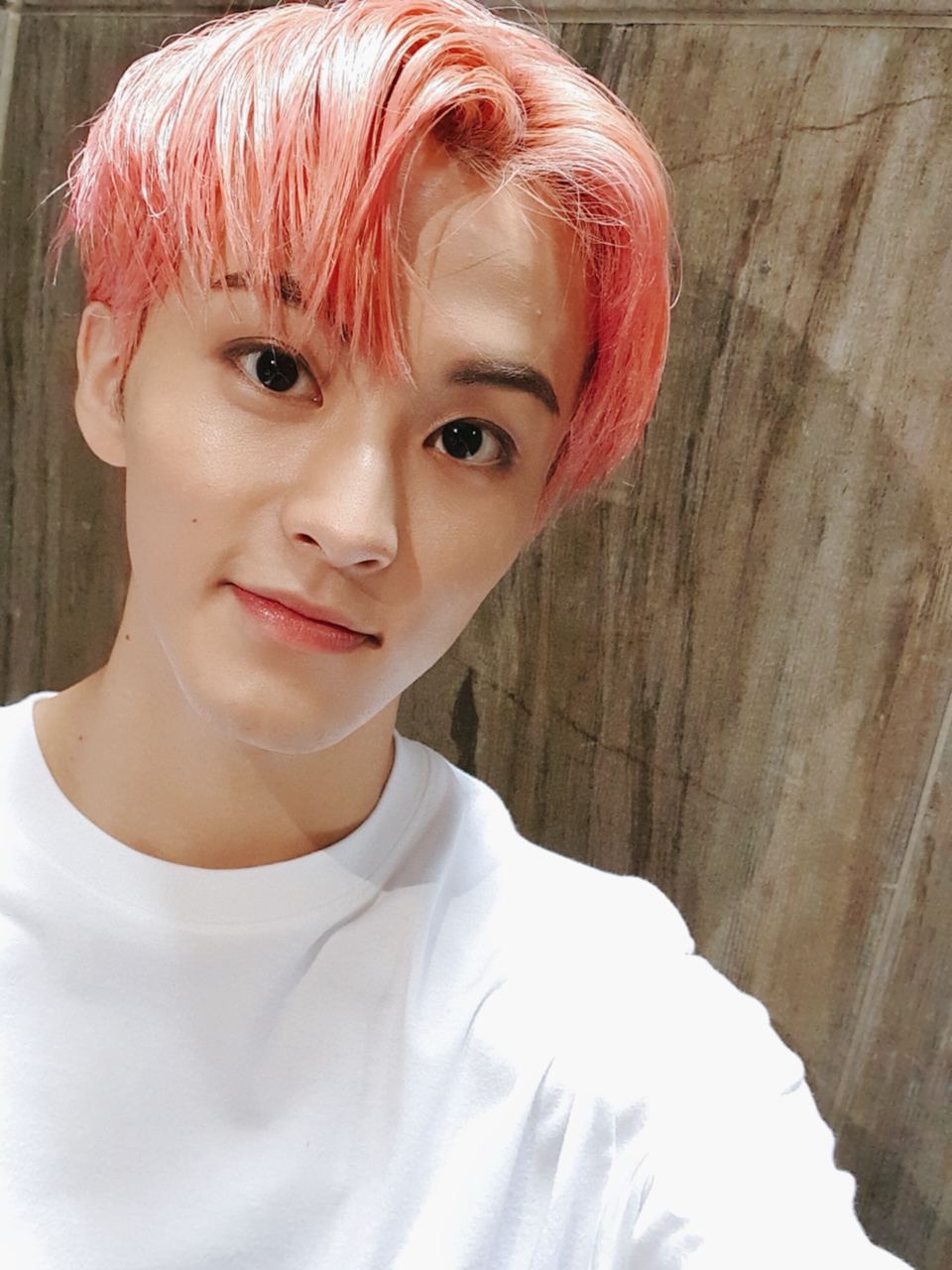 “Be careful, Ten. You know how hard your father worked on this.”

Indeed, Ten’s father is a carpenter and it was he, and Mark’s jobs to carve the more delicate and intricate designs and to deliver the works to the clients. Ten’s father’s eyes aren’t what they used to be, so he entrusts Mark and his son to work on the smaller bits of each creation. This particular wardrobe was probably one of the most important works that they had ever worked on. This wardrobe, so intricate, pearl white, and ever so heavy, was to be delivered to Count Min’s home.

Ten and Mark had only heard rumors about Count Min. Some said that he was an evil man with many tricks up his sleeves. Others said that he is a very kind and generous man. Mark and Ten had no idea which side to believe at that point. One thing, however, that everyone was certain of, was that Count Min had a young, and ever so beautiful, daughter.

Ten and Mark loaded the wardrobe into the wagon and covered it in a tarp so as to hide it from the thieves. Not many people in town were well off and oftentimes would steal in order to have a meal. Ten was to guard the wardrobe and Mark was to steer the wagon, which was pulled with their sheep: Tommy, Kimchi, Dango, Lily, and Bingo. Their wool wasn’t sparkly white and was rather dirty but it was nice enough to result in the wool that they use to make things from washcloths, to the clothes on their backs.

“Hey, Markie! You think that the rumors about the count’s daughter are true?” Ten yelled from the back of the wagon.

“What do you mean, Ten? Even if they were true, what then?”

Ten smiled, “We try and attract her attention.”

Mark looked back dumbfounded. “You suggestin’ that she would actually be with a beggar like us? Women of our village won’t even look our way, even less, date us.”

“Speak for yourself, Markie. Any woman would be happy to have me.”

Ten continued thinking about Mark’s comment for a bit, “Awwww, is Markie still upset about getting cockblocked the other night?” he said with a smirk.

“What?! No! She wasn’t even that nice to begin with, so there was really no loss there.”

“So you admit that you got cockblocked! You told me that you were just giving her some eggs! Now I know what kind of eggs,” he said with a chuckle.

“Whatever, man. Just be careful around women, especially the rich ones. Don’t embarrass us or do anything that’ll get us killed.”

“Fine, Markie, but it’s not my fault if she falls in love with me at first sight. No woman would dare to turn this face down.”

“Dude, your face is a nightmare to anyone who beholds it.”

“What’s wrong with my face?” Ten asked while holding his jaw. “This face represents fertility,” he said smugly while putting both his hands under his face as if presenting a precious treasure.

“Let’s get this show on the road!” Ten yelled as he jumped out of the wagon.

Between them both, they carried the wardrobe to the front door of the mansion.

“Woah...This place is amazing,” Mark said as they both looked around in awe.

They rang the doorbell and Ten quickly parted his hair with his hands to look more presentable. A young girl that didn’t look over 14 answered the door. She was wearing the common maid uniform: black t-shirt, black slacks, black sneakers, and a black headband to keep her long, dark, curls out of her face. She looked at the two men and immediately a bluh crept onto her small elf-like face.

“Hello sirs, what can I do for you?” she said in a small voice.

“Hello, little lady!” Ten said, “We are here to drop off this wardrobe for the count.”

She smiled a bit and said, “Yes, of course, I was informed of your visit this morning.”

“Great, would you like us to bring it inside?” Mark politely asked.

That’s when she really blushed. Ten silently smirked to himself because it seemed that Mark couldn’t tell for himself.

Mark was younger than Ten by four years, hence the name, “Markie”.

“Please,” the young girl said and gestured for them to go inside. They walked in and set the wardrobe down and looked around.

“Yes I do. I attend to the young miss,” she said, still shyly glancing at Mark. That’s when they heard a door close nearby and a man walked into the room. He had black hair and had cat-like eyes.

“Hello sir, we are here to drop off the wardrobe that was ordered,” said a cheerful Mark.

“Aren’t you too cute,” said Count Min, looking them up and down.

“Yuna, please bring me my wallet.”

“Yes sir,” she said and rushed off.

“Thank you, you must be in shock. Not many of you village people would be able to set foot in a mansion like this, let alone afford one.”

Ten and Mark glanced at each other.

“We aren’t here to be made fun of or to be belittled by you, we are here to help my father deliver the wardrobe, so please be at least a bit respectful,” said Ten through slightly gritted teeth.

“Oh, but I am being respectful. It’s a wonder that I haven’t kicked you out yet,” he said with a smirk.

A voice suddenly interrupted, drawing all of their attention. It was a woman’s voice and it was absolutely beautiful. It gave images of dew on rose petals shining in the dawn light.

Yeona checked the clock and realised that it was past time that her wardrobe was to be delivered. She wasn’t exactly allowed to be present during the delivery, but she decided that if her father found her, that she could pretend that she had forgotten. As she walked out of the library, she heard voices. Mens’ voices. They sounded wary, cautious, and a bit agressive. That’s when she recognised one of them as her father’s voice.

Not this again, she thought.

Count Min had a habit of belittling the village people and she hated it. She arrived at the top of a stairway.

As she made her way down the stairs, she saw two men. They were wearing t-shirts and jeans made of cotton. They had to be the carpenter’s sons. They were both extremely good-looking, but the one that caught her eye was the man with the black hair with a part. He had a beautifully pointed nose that made the rest of his features fit perfectly. His eyes, cat-like, fox-like even, were more so than her father’s. Beauty could only be used to describe this man.

“Father, what are you doing to these kind men?” she said in a scoldy tone. “They were nice enough to deliver the wardrobe themselves so please stop, father.”

“What are you doing here?” he asked in a sharp tone.

“I was on my way to find Yuna and I forgot,” she lied.

She felt eyes on her and looked up to see that the young man that she had noticed earlier was watching her. He secretly winked and gave her a smirk.

She was absolutely baffled. How dare he wink at her? He didn’t even know her. Before she could say something, she was interrupted by a very out-of-breath, Yuna.

“Sir, I have found it,” she gasped as she handed the wallet over.

“Thank you Yuna, take a break,” he said as he opened it.

She then blushed and dashed away. Yeona slightly smirked to herself and made a mental note to ask her about it later.

“Take it and leave,” Count Min said as he handed the money to Mark.

“Thank you, sir,” Mark said and they both slightly bowed and left.

“You. Go back to the library and study.”

“Yes, father,” she said and walked back up the staircase and back to the library with images of the young man floating around in her mind.