Jxst Jada would love your feedback! Got a few minutes to write a review?
Write a Review

I don’t own this series! All rights go to Netflix and Rainbow! I’m just merely re-writing it to suit my needs/standards.

I feel like its world-building needs more work, and the topics it has touched should have been written better; fatphobia, sexism, peer pressure, etc., and there was NO need for a dumb love triangle, plus it didn’t even end well.

Stella confronting Sky about her feelings saying she sees comfort in him, and Sky was like yeah no, f*ck you. He barely knows jack-shit about Bloom but yet still he falls head over heads for her. ;-; and I LIVE for how Stella is traditionally feminine and she is portrayed as a b*tch and Bloom literally started a war, drugged Sky, broke free a psychopath, gaslights Aisha, almost kills her mother, randomly trusts Beatrix, even tho has no reason too, I could go on... but she’s portrayed as the smart one, the sweet one who cares about her friends.

And can we talk about how she constantly mentions that she never saw Aisha like this (when she failed to do that water bubble spell thing) but doesn’t do ANYTHING about it? Not help her, not remind her that she put out her fire, not tell her that she swam through shit, nothing...

What also bothers me is that when she wanted to learn how to control her powers but she didn’t go to Farah Dowling... cause you know, Farah is experienced and stuff.

I really hated what they did with the girls’ personalities, they don’t feel the same. I don’t expect everything to be EXACTLY the same as the cartoon, but how the girls act around each other is just uncomfortable to watch, and then all of a sudden they’re... friends? Plus WHY AREN’T THEY WEARING THEIR ICONIC COLOURS?!

Bloom is a ‘nOt lIkE oThEr gIrLs’ who is protected by plot armor.

Stella is unnecessarily bitchy and clingy to Sky’s dick, and how she was redeemed was just rushed.

Flo- sorry Terra, while I do like her, her character arc is cliched.

“Musa” is the ✨quiet girl no one understands✨ plus she’s bland, the series never gave us a reason as to WHY she needs to focus on her own eMoTiOnS. You could @ me and say she felt her mother’s death, but why don’t we see her reminiscing on a picture with her and her mother and we get small little flashbacks with them being together? Further adding to her statement and making me feel sorry for her, and Sam hogs her screentime (altho I ship them #Samusaforever).

Why doesn’t Aisha/Layla have a storyline of her own?

Tecna: nonexistent and we won’t even start on how much potential she had.

I’m mostly fine with the cast of Fate, but Terra is unnecessary and Musa is just a NO💗. Here’s my casting of Fate: The Winx Saga;

Abigail Cowen as Bloom, I like her acting plus nothing towards Madeleine Petsch but she ain’t the only redhead on this planet. 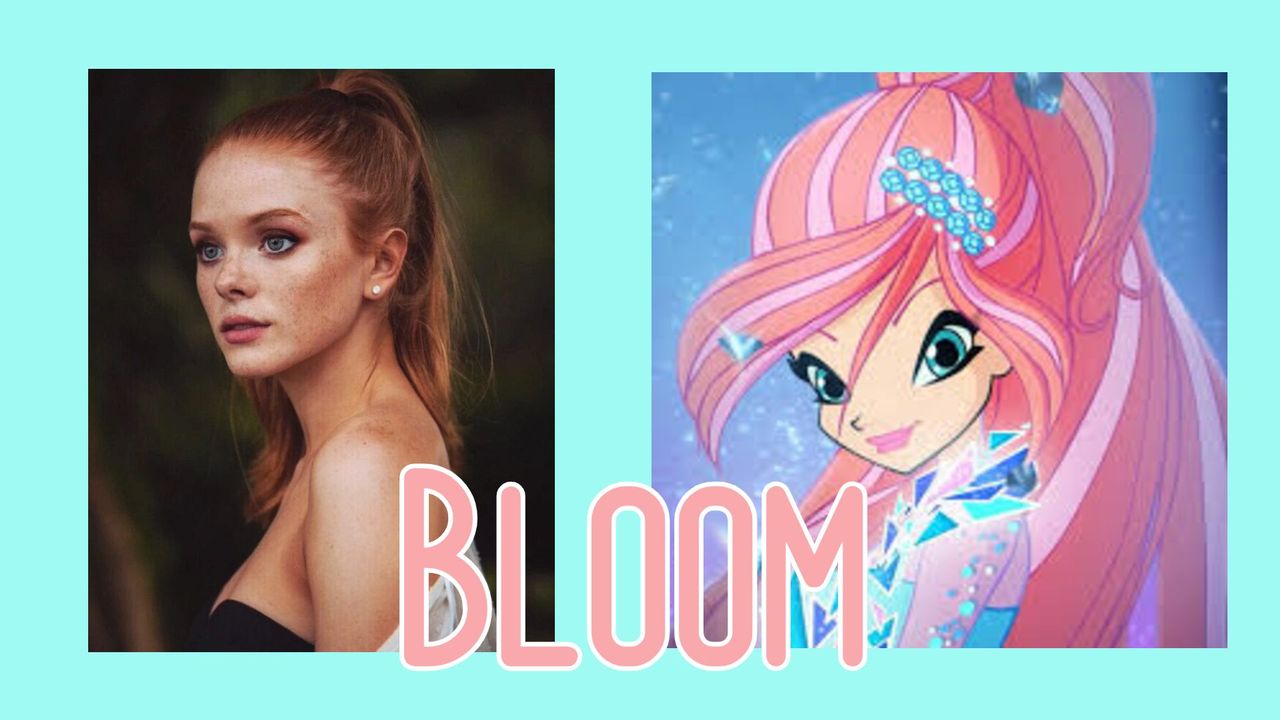 Hannah van der Westhuysen as Stella, she played an iconic Stella but there was no need for her to go into some dumb love triangle. 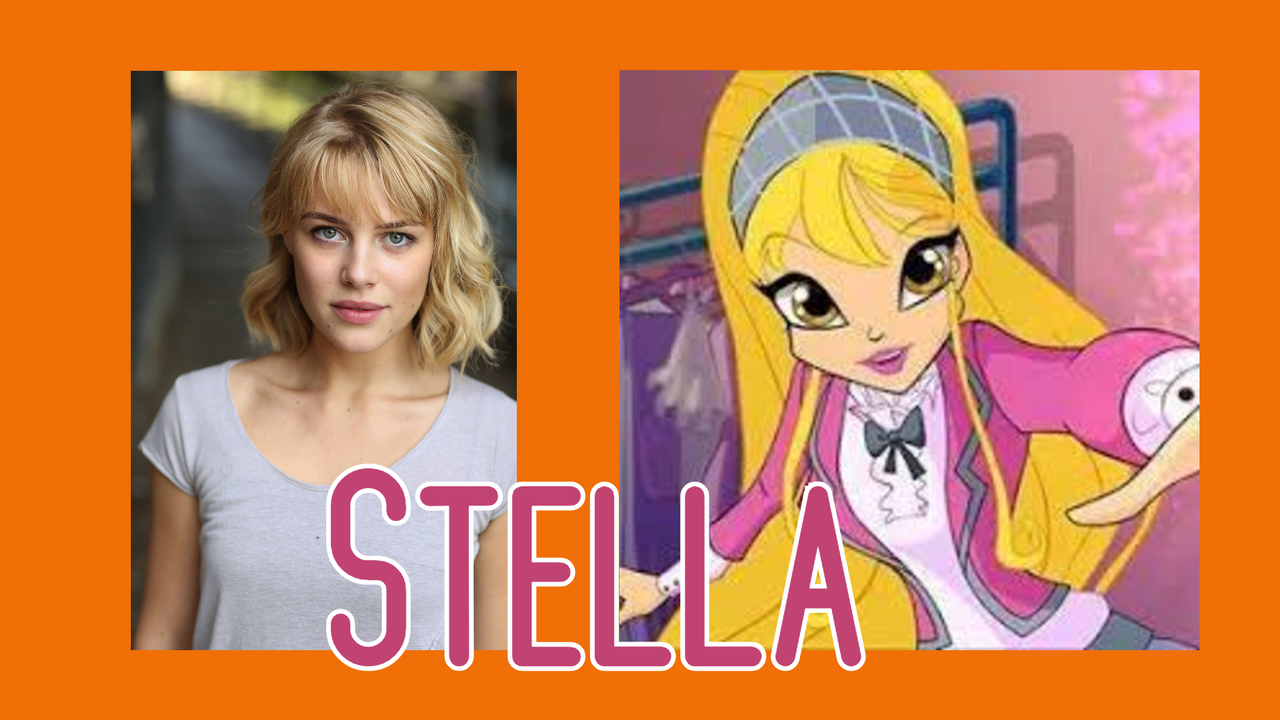 Precious Mustapha as Aisha/Layla, Not y’all recasting her as Zendaya. 🤡🤡🤡 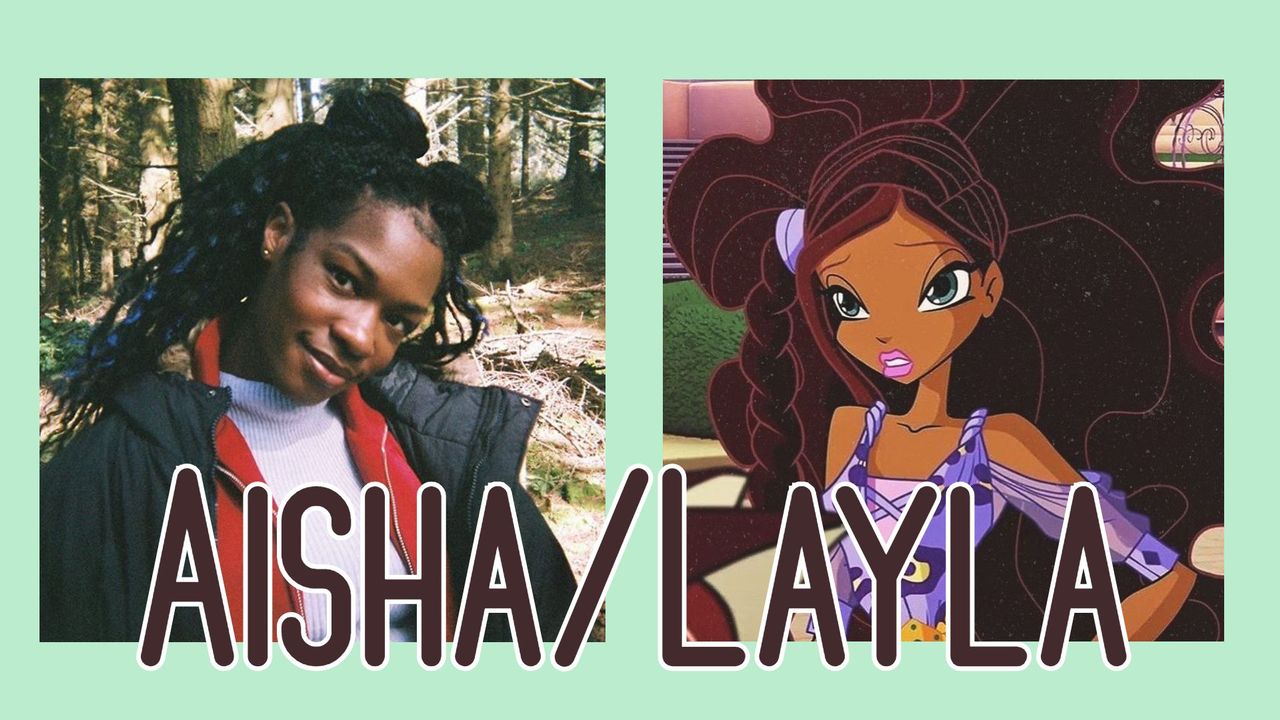 Eliot Salt as Tecna, honestly Salt’s hate is just rooted in fatphobia, some of y’all should be ashamed of yourselves. 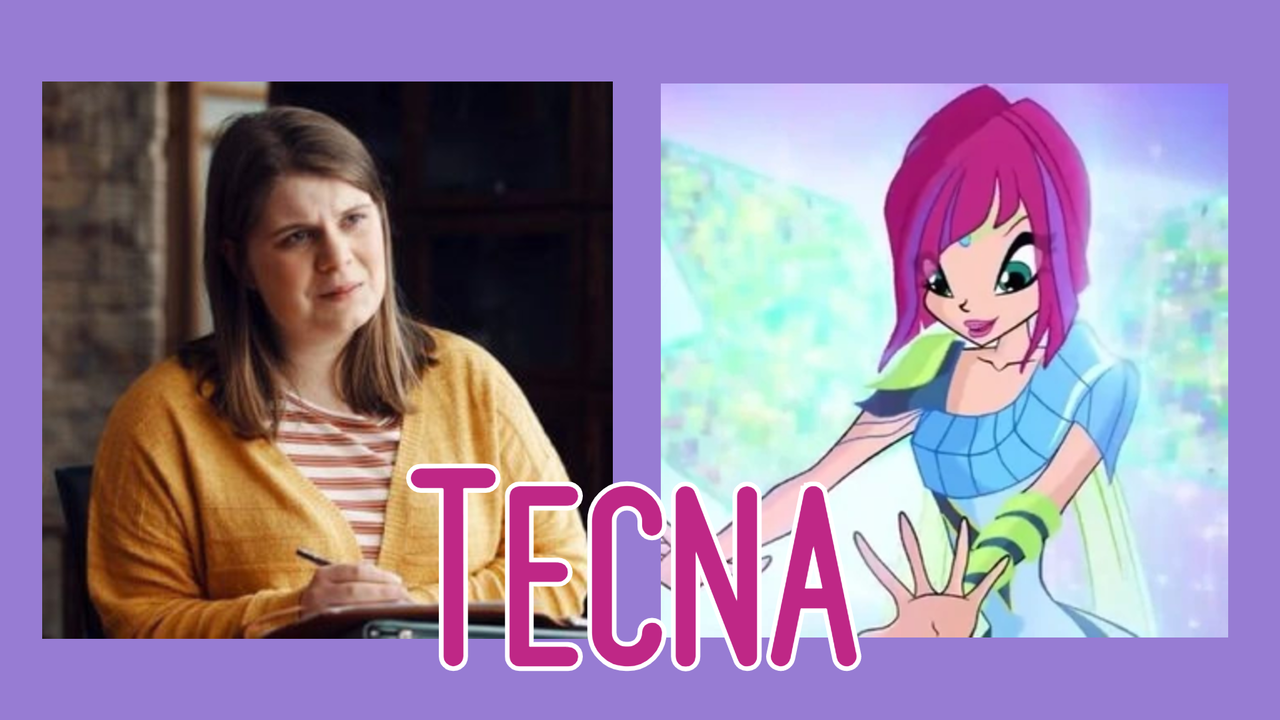 Isabel Moner as Flora, I’m not sure about Flora but you can tell me some of yours. 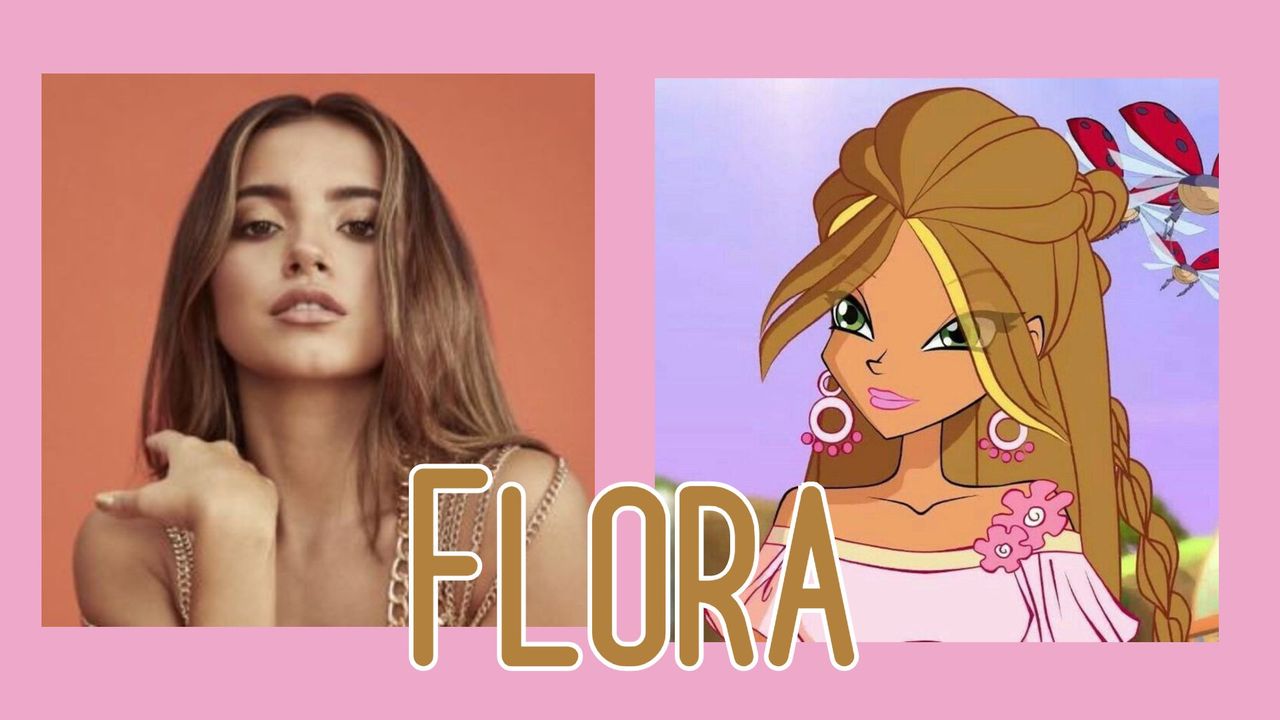 Nana Ouyang as Musa, I mean she plays the cello. 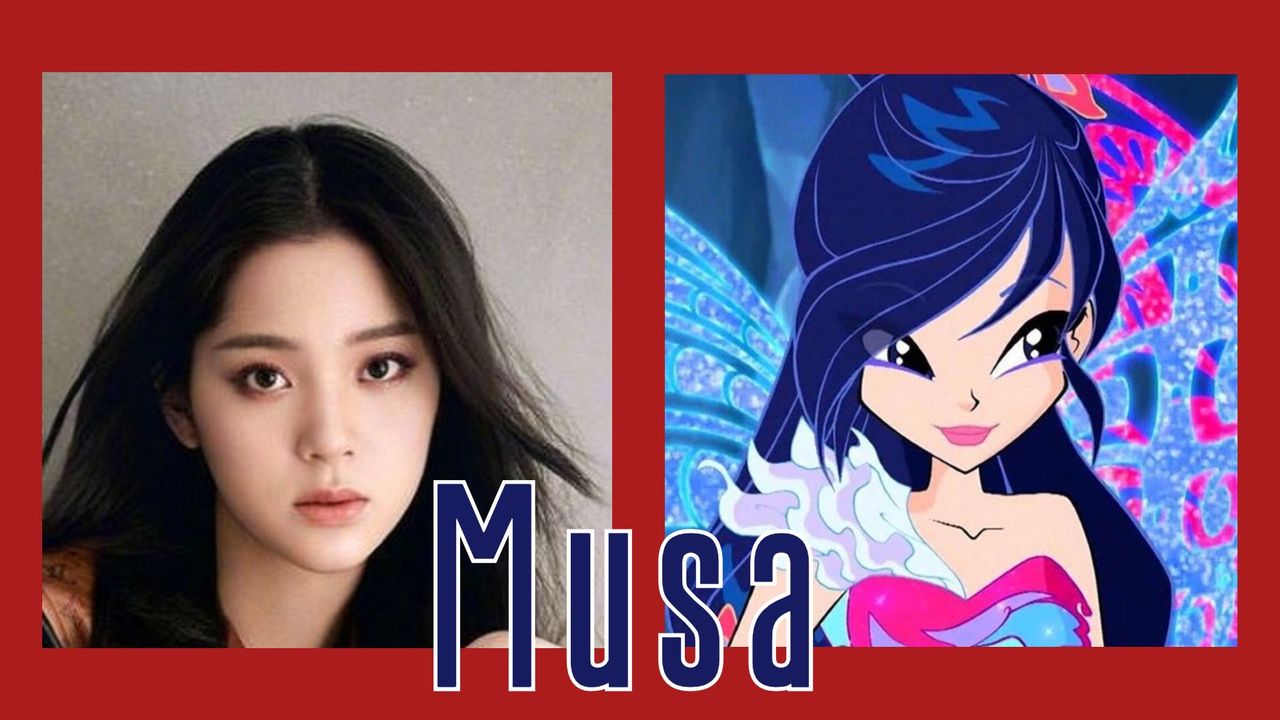 Elisha Applebaum as Roxy, not adding Roxy was just a missed opportunity. 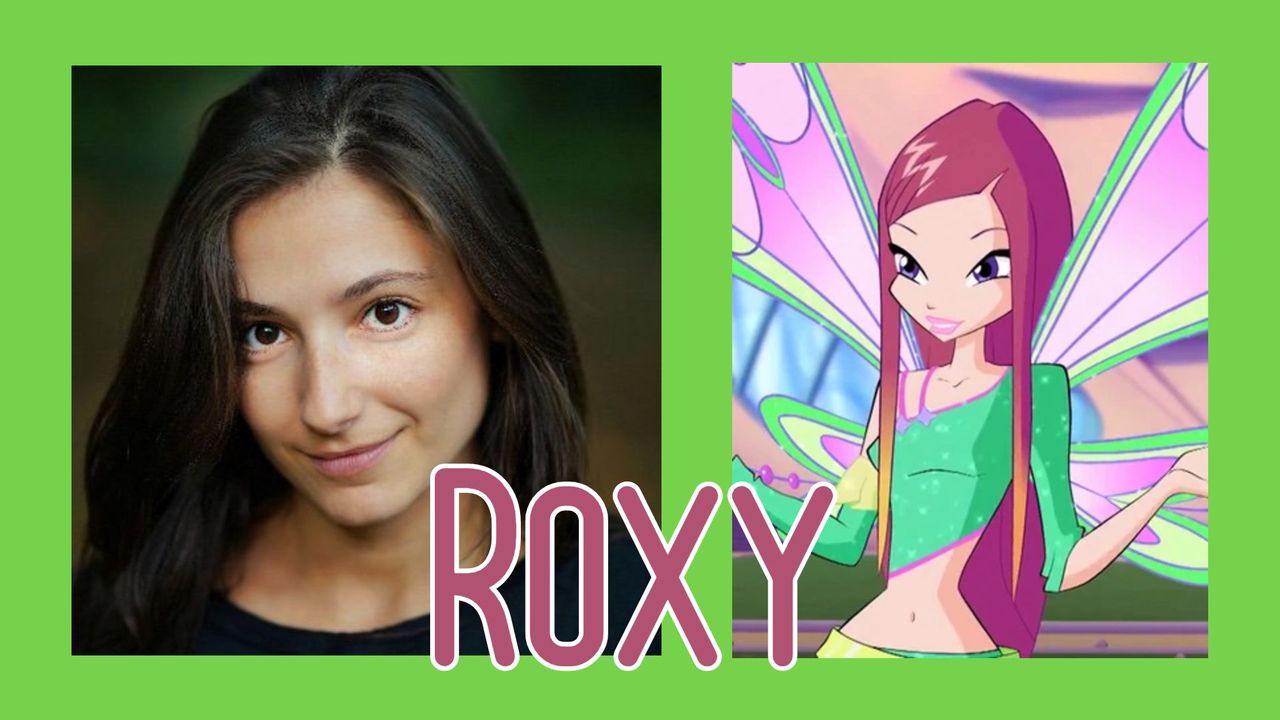 Beatrix is a badass queen. We are keeping her.

I like the concept of Terra. BUT, we are changing her ethnicity. She is going to be played by this lovely Mexican woman; Yalitza Aparicio, plus she is plus-sized so I didn’t see the need for Netflix whitewashing Flora- sorry Terra. 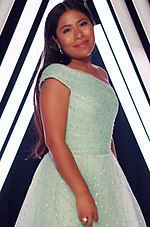 Sam doesn’t exist in my universe. His only purpose in the story is linked with Musa’s character dEvElOpMeNt.

Riven while interesting, is irrelevant.

Dane has the potential to show the audience that peer pressure can be dangerous, but they’re too busy focusing on B L O O M and that dumb love triangle to actually develop him and other things.

These are just other complaints, you don’t have to read them, but you could go ahead and read the first chapter but if you want to continue reading me lose my mind over an adapted cartoon I’m not stopping you. I hope you like it. 💗

“Lady of the fLiEs, honey don’t be sexist.”

“Don’t you feminist me, sWeEtIe.”

Boy oh boy, they should stop... Brian Young is coming off as fake when he puts these cringe lines in his scripts, hell why is no one behind the team questioning this man’s bullsh*t?

Feminism as defined by Google is “the advocacy of women’s rights on the ground of the equality of the sexes”, “the belief in full social, economic, and political equality for women”, and lastly, “is about all genders having equal rights and opportunities.”

Forget Google for a sec, and lemme tell you what feminism means to me, Feminism is when we women empower one another despite our ages, when we empower each other despite liking the same guy, when we smile in the face of adversity, when we never give up on our dreams and when we stand up against sexist people.

The reason why I think LEGO Ninjago and Miraculous handled it wrong is that they made the girls misogynistic. They claim they are strong and don’t need a man to do their work but yet still relies on them.

That is NOT feminism. That’s just sexism at its finest. Feminism is all about equal rights. Not men bad, women good, not men stupid, women smart. NO.

Both shows relies too heavily on both Marinette and Nya being girls and they constantly paint them that way like they can’t have any other personality traits.

Marinette being so obsessed with Adrien to the point that she stole his phone, broke into his house twice, tried to break into his house again, ditched her friends to go stalk Adrien, assisted Chloe in bullying Kagami, searched through Kagami’s phone, gossiped about Kagami to Alya, bullied Lila, lied to Chris, neglects Manon and constantly ditches her on Alya. But it’s okay cause she’s qUirKyyyyyy, Yayyyyy!1!1!1!

And we AREN’T gonna start on how she constantly shits on Cat Noir.

Nya... why did they do her character like that? It wasn’t necessary, there was no need for her to be some “I’m no body’s girl.” Like chile so...

That’s what they are trying to do with Bloom and it ain’t working. They try so hard to make her a feminist queen when she’s just every other nOt lIkE oThEr gIrLs!!!! And I hate how they normalized the fact that she drugged Sky and Sky doesn’t drag her ass for that.

We won’t start on the other characters, I’m not gonna swirl that far.

That’s the end of my little rant. I hope you enjoyed it. ✨ And enjoy the first episode!

funmilolaabdullahi: My best novel ever.1 and 2

Read Now
Her Savior by nanny

queeny sasa: To be honest I didn't think it would be this good at start but it's juss so ka-yute and Maddie was like her mom wild like hell Mikage was super badass the story was awesome

Columbine Pirouette: I'm so entertained with this beautiful novel! Got to read more from this author! 👍👍

tigerspurr: So i love this book. Issac is by far one of my favorite Alphas I've read about. I don't think I'll ever forget him and will likely read the book again. The two main characters are so freaking adorable together. Good job author! This I'd a must read!

tabbycatx361: Love the book keep up with good work

Naani: Waiting for the coming chapters

Arianna: I absolutely loved it

Read Now
The Sheriff's Deputy by Collette May

famig03: Loved this story. Amazingly well written and good grammar which I appreciate. Looking forward to reading more of your stories. Great job!

melindajordaan: Love this stories very much.

Read Now
The Hunt by Loveme105