Edythe Winchester would love your feedback! Got a few minutes to write a review?
Write a Review

Dean looking at his phone and eating French fries with a fork. And Sam reading a paper

Third Person POV:
“What? This? Um, cattle deaths a few towns over? A demon possibility or something?” Sam was saying as he was chewing his food. The Dean replied with fries in his mouth. “No, it says right there. It’s probably just ‘cause of the drought.” “So, what are we doing here?” Dean looks at Sam’s plate and points to it with his fork. “Uh, reason’s right on your plate. Lizardo’s porterhouse --U.S.D.A. prime.” *Cell phone chiming* “It’s the only place between Connecticut and the bunker you can get a decent steak under 10 bucks.” *Cell phone chiming* Sam leans over to look towards Dean’s cell phone. Sam piped up. “Dude, you are blowing up. Who is that?” While Dean is scrolling on his phone. “Ah, it’s just, uh, you know, these alert thingies.” “For what?” “You know, monster...stuff.” Then Sam nods his head, smirks, and grabs Dean’s cell phone. “Hey, hey. Unh-unh. No. Give it back.” So Sam holds Deans’ cell phone against his chest “What? Wh-why?” “Because privacy...And stuff.” “Oh, priv—” Sam looks down at his brother’s cell phone. A picture of Dean with the caption ‘Impala67’ and Dean’s status information:

About: Rolling through (can’t see if this says anything more) 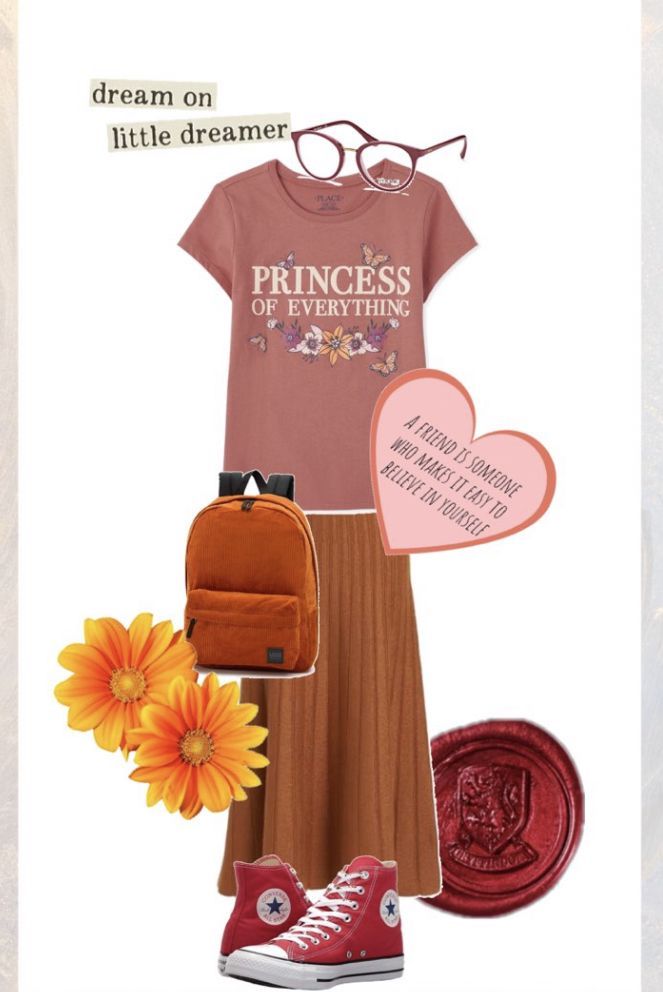 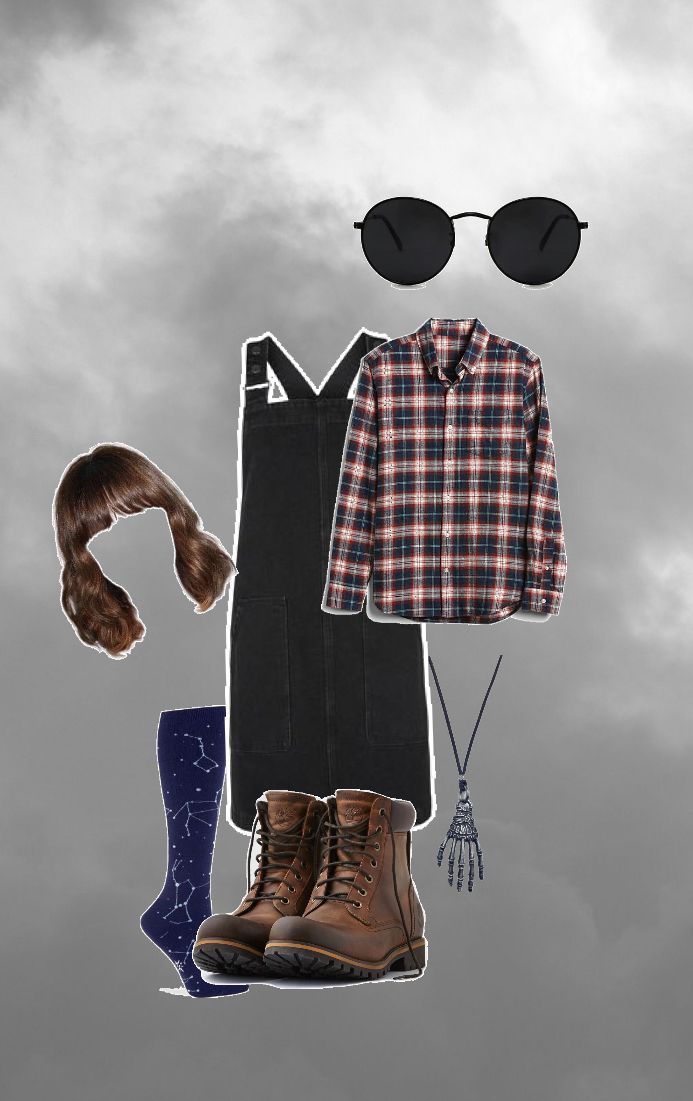 Dean looks over his shoulder and smiles. He waves at (Y/N) and she waves back. Dean turns to Sam “That look like a Bruce to you?” Dean starts to get up from his chair. “We -- we detoured eight hours so you could get laid?” “Yeah. Yeah. Oh, and, uh, you know what? Lunch is on me.” Dean takes some bills out of his wallet and puts them on the table. “And, uh...don’t wait up.” Dean walks over to (Y/N) who appears to be talking with another woman and puts his arm around her waist. “Excuse me. Hi.” (Y/N) responds. “Hey.” Dean and (Y/N) turn to walk out of the restaurant. Dean looks over his shoulder and smiles at Sam. Sam ‘checks her out’ as they leave. Dean being slammed up against the motel room wall. (Y/N) moves in and takes off Dean’s button-down shirt. Heavy kissing and panting. Dean took control over her and gained his dominance.

I mean Impala67 does look hot and he is the best looking on this app and better than what I’ve seen. While the both of us are in this town why not meet up. And my two other brothers who are triplets. Meaning the three of us were born at the same time. Yeah, and I came out first. They are glad I am meeting someone since Nicholas. What happened between me and Nicholas was hard, I came home to the shared apartment and walked in to see Nicholas from the couch onto the ceiling burned alive. Thankfully my brothers grabbed me. Hopefully, Dean will be something. “(Y/N) are you gonna wear that? (The photo above that I posted in this image.) Maybe dress a little sexy for him!” “Andy! I am not gonna dress like a skank here! And how should you know that I should dress a certain way? And I think that Maxi agrees with me dude.” “After going to a ton o.....” “I am gonna stop you right there bucko. That doesn’t count. Strip clubs don’t count for making me how to dress a different way. And the profile picture is good enough.” Andy rolled his eyes at me “Okay whatever you say.” Maxi piped up. “Let’s get going. So she can meet this Dean Winchester.” We hopped into the van and drove off. “Please don’t embarrass me.” They both chimed in. “Can do that of not embarrass you!” Driving into Lizardo’s porterhouse, I saw a Chevy 67 Impala. Now I know why he is called Impala67 on that dating app. “BYE SISSY-POO!” They both said out loud. “Thanks a ton, guys!” I walked in talking to a waitress about what looks good to eat. “(Y/N)” is even (Y/N). I mean, for all you know, it could be some... Canadian trucker n-named Bruce.” Dean saw me and waved. I waved back. “That look like a Bruce to you?” Dean walks over to me as I was talking with the waitress and puts his arm around my waist. “Excuse me. Hi.” I respond with respond with. “Hey.” Dean and I turn to walk out of the restaurant. Dean looks over his shoulder and smiles at this person he was with. We drove to the motel. The same one that I am. “So, (Y/N) you look even more beautiful in person.” I blushed. “Thanks.” I could see Andy and Maxi in the van looking at Dean and at me. God, brothers can they be such annoying creatures sometimes. I move in and takes off Dean’s button-down shirt. Heavy kissing and panting. Dean took control over me and gained his dominance. “Damn, your sexy!” I smirked. He took of my dress leaving me in my bra and thong. He lifted me as I wrapped my legs around his waist. He laid me on the bed removing my bra and thong. His shirt was off as well. I took his belt and removed his pants and briefs. I was shocked to see how long he was and huge he was. I don’t know if this will fit. I know that Nicholas was small but Dean tho... I found a condom and was gonna tear it but Dean grabbed it with his mouth from my mouth tearing it. “I am on the pill don’t worry.” Dean smirked and toss the condom. He slowly went inside me. “Damn, your tight.” “Your huge Dean.” I could feel him started going fast. “FUCK.” Kissing my neck, leaving a mark. “I’m coming. AHH FUCK DEAN. YOUR SO GOOD! Making me cum all over your huge cock.” “Take that cock baby. Take it all in. Cum for me.” I was coming. He pulled out switching a new position. He placed two fingers in and started pumping. I could feel something coming. I started squirting over Dean’s lower abdomen. “DAMN! FUCK! That was sexy.” He sat up and I placed myself over him. Going slow I wrapped my legs around him. Lips locked together. “I’m about to come.” “Same.” We both came and I fell on top of his chest outta breath. He placed the sheets over us. “That was amazing,” “You are just damn Sexy (Y/N).” “So just curious, how many times have had sex?” “Umm. Three or 4 times.” “Really? Was it like an ex or something.” “Yeah you could say that. It was good but he had a small dick.” “WAIT... REALLY?” “Yeah, he was wonderful and amazing. I don’t even know why I am talking about this.” “Hey its okay. I have my fair share shit I’ve been through.” “He was a good boyfriend but he passed away.” “I’m sorry about that, I understand but I don’t. Its hard losing someone close to you but you gotta keep moving on.” “Yeah, the apartment was on fire. Luckly, my brother came in and dragged me out. Seeing his body being burned alive from the ceiling was hard. I couldn’t stand it after the same thing happened to my parents. Thankfully my cousin’s parents came in and saved us. and whoever did is finally gone which is good but you me and this was needed. I finally let go and let someone in for the first time. I mean you are a Winchester after all.” “Wait.... (Y/N) (Y/L)?” “Yup! Garth’s cousin!” “I was wondering why you looked familiar. Garth showed me a pic of you. Saying that the both of us would be great together.” “I guess he was right. I mean we did end up in bed.” We just laid in bed snuggled up as Dean prompted for a round two with Casa Erotica on the screen. I gave in. After round two I was tired. “Well, two hunters on a random dating app find each other.”

Are you enjoying my ongoing story? Please let me know what you think by leaving a review! Thanks, Edythe Winchester

Read Now
Snowed in with my mate by ROANNA HINKS

joblync1: I loved absolutely everything about the book. The characters are just so relatable and what they go through is so real and emotional. I love that that plot was not unnecessarily stretched out.

Read Now
Mine by Kittymeow

bjhamilton73: Is that it no kids no more drama, nothing.Don’t get me wrong I love this book, but I would have loved to read Mooree .

Isabelle: It Was a rollercoaster of emotions, thank you so much for this wonderful story

Andrea: Best book I have ever read pure bliss

mrsbabear: I loved this series...no cheating, lots of respect and love.

chris1982: hi i love your story so far can't what more of it

Read Now
You Think You Know Me? Think Again by whisper5531

Gladys: I need more of the story.

Read Now
Taking One for the Team by mytopia00

Christina Kontogianni: A book is good if you are sad when you finished it. And I was sad 🤪

i_cry_tears_of_lemonaid: This story is an amazing story for all the trans people and gendered people it is honestly amazing