Don'tstealmycake would love your feedback! Got a few minutes to write a review?
Write a Review

Gradually after the sun resided back in the west, the sky morphed into darker and more mystical shade of blue along with almost unearthly orange highlights which slowly faded into a soft pink hue. The birds flew chirping and chittering on their way back home, signalling the end of the day.

Avery Harper and her beloved Rottweiler,Cooper, left for their daily evening walk. It had been three weeks since Avery had acted on an impulse and decided to shift to Cedar hills ‘to uncover and unleash her wild country side’. Three weeks and yet her ‘wild country side’ was nowhere to be found, she had started to believe it was a bad idea but later countered the thought saying that particular part of her had been sleeping for years now thus would need more time and exposure to awaken and bring it back to life. She was still learning her way around in that small town in the cold hinterland.

The sound of dry leaves being crushed under Avery’s shoes and Cooper’s paws clicking against the hard ground filled the air. They walked peacefully in slow rhythmic and synchronized pace.

It had started to get dark and slightly chilly making Avery quiver lightly. As they continued walking on the narrow trodden pathway, Avery’s mind floated towards the events of the past few months .... they had been utterly exhausting. She had been working relentlessly on her previous project for the past seven months, which had rendered her beyond distressed but she felt as if her work contributions weren’t enough and she rigorously assessed and reassessed her past actions although she had clearly overworked herself.

Avery always had been a biologist through and through, she truly loved her job but when her project had finally gotten over her first instinct was to grab all her necessities and drive herself to some scenic location. She felt the need of change, her life had slowly started to become monotonous with a major lack of some ‘action’ in it. She had begun to feel weary of her life in the city, she felt suffocated and stifled by her work expectations and pressure that’s when Avery knew she had to move somewhere isolated. Somewhere just like Cedar Hills. So she did just that.

And she liked to think it did her some good. But not much. First week when she had shifted to the cabin near the woods, her attention easily had been occupied by decorating her new living space and learning her way around the town.

She had thought she would go out of her comfort zone, try new things to put an end to her strictly routined life, experience more of what the world around her had to offer and maybe ....just maybe even socialize although sadly that was not to be. Avery disliked changes and she tended to dodge them aside like it’s a hot vessel thrown in her direction as often as possible. She also was allured by the prospects a simple change brought about. Needless to say, her relations with change was volatile and involute.

Avery and Cooper stopped when they saw the sight in front of them. They saw two different rough patches of pathway. Avery hadn’t noticed when she had walked deeper in the forest, she hadn’t thought of venturing there beforehand. She stood silently, closely scrutinizing both the paths.

The passages were almost identical, both had hard textured soil with scattered dry leaves, dead fallen twigs and wild berries squashed on the ground. The only significant difference was that one route lead you inside the woods and the other only circled around the fringes of the forest. She had trudged down the latter path multiple times in the past so she decided to choose to take the path that lead her even more deeper into the forest. So much for new things in life.

She heaved in a long breathe. With each footstep that she took her surroundings seemed to grow more eerily quite, dark, more encased by rich browns and deep greens. She walked under the canopy of oak,birch as well as spruce trees, right into the belly of the forest. She could smell the cool misty scent of leaves, inhale the pellucid air, the trees were fresh and lively emerald although it had been autumn, it surprised her but she didn’t give it much thought as she continued to amble along the way incognizantly.

Cooper came to an abrupt halt. Avery frowned crinkling her eyebrows and turned her gaze to see what had caused such an action.

She saw a slightly rusty barbed wire fence, in rugged silver colour with altering patterns of rough copper red. There was a medium sized gate,which was also made of partly jagged, meager quality steel wire, at the edge of the fence. It featured a very noticeable golden lock clasped on, the lock appeared to be old and cheap, two attributes a lock shouldn’t have, which could be easily picked. Must be the forest protection zone.

Beyond the fence, stood a giant Oak-wood tree all in its majestic glory. It was tall with long branches and gritty trunk. It was strikingly similar to the oak tree near her childhood home.

She remembered it as clear as a day, she remembered longing to climb on the tree and sit on its strong branches which she did once she had finally learned climbing her way up. She could vividly recall the soaring feeling of accomplishment she felt, the pool of admiration swirling in her parents eyes when they saw her sitting atop of the branch. The tree was gone now and so was her childhood. She suddenly felt a burning urge to touch the tree to relive her memories. To make the anamnesis wait a little longer. But could something that has already passed last any longer ?.

Cooper had been watching his owner with silent warning in his eyes.

“Come on boy” she tugged at the dog’s leash. Cooper whined while digging his paw deeper in the ground.

“Come along Cooper....there’s nothing to be scared of.” Cooper whined lowly once again. “Now now stop being a scared little kitty because you don’t even belong to those species”

Cooper did not seem to budge even the slightest bit that’s when Avery decided she would simply go alone. She dropped the leash’s handle down of the ground after trying to give it one last tug. “Fine. Suit yourself ”

She jogged in the direction of the gate, stopped then bent down to study the lock. She hunkered down on her knees, squinting her eyes to examine the lock’s keyhole structure. It was considerably dark yet she managed to pick the lock successfully. She narrowed her eyes and swiftly took out a hairpin from her neatly tied hair. She inserted the pin into the keyhole after giving it a formidable look, she had twisted and turned the pin multiple times hoping for the pin to fit and the lock to tick open. After some of failed attempts the lock unlocked with a satisfying ’click’. She smiled and mentally patted herself.

The gate opened in jerky motion with creaking noise that hurt Avery’s hearing senses. Avery slowly entered with short cautious steps, somewhat tipping her head down, her eyes set fixedly on the oak-wood tree. With every step that brought her near the tree her heart fluttered whether it was out of nervousness or excitement she couldn’t discern. When she reached she raised her hand so that she could touch her fingertips against the scabrous trunk, she heard a low growl of warning.

Avery stilled, her heart thumped loudly. She anxiously whirled around to find the source of the growl, that’s when she saw a pair of glowing amber eyes starting right at her. 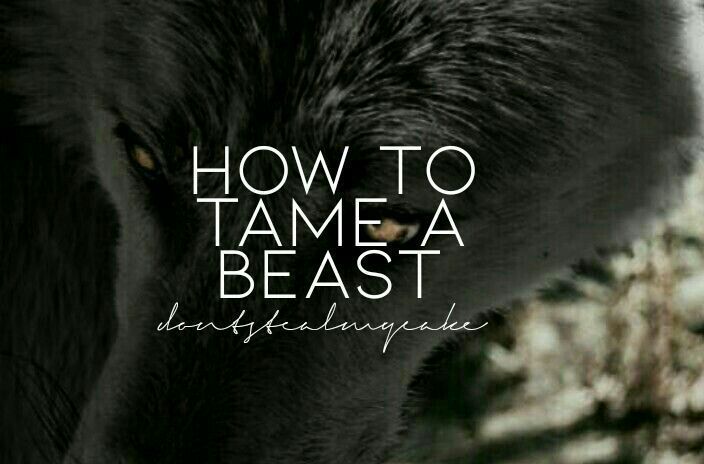 Deanna: I have fallen in love with these books and not just this series

Deanna Dear: I absolutly love your stories. You are an amazing writer ans storyteller. Please keep up with the goood work.

Araba Mercy: I have really enjoyed this novel and will make sure to recommend for my friends to enjoy it. Looking forward to the next novel, thanks

Deanna Taylor: This is turning into a very good story, good characters. Keep up the good writing. Will read more of you stories

Martha Stuart: This was I hope there’s more

Amanda Phillips: I wasn’t sure the first in the series could be topped but I love that I was mistaken. This is a beautiful love story and has lots of drama from well developed characters, as well. So far, this series should be made into a movie, more for the lifetime network than the sci-fi network. I am so pleas...

MADDMANNLEE: If I was Shifter.....I'd be one of them. Nice love story.

Read Now
The Alphas of South Forest by naughtychristian

proudmommy: ItIIt was a good read. It was nice to be able to read a story without having to diecipher what the author was trying to y. I appreciate the editing. Thank you!

suchana: I felt this story incomplete and was in a hurry to finish it

Jason Huskey: The improvement of this series in the 6 I have read is great to see. As English is not their first language the improvement in syntax and word usage has improved immensely. Great work I would love to see each of the books expanded into full length books as the storylines have lots of potential an...