Aditi R. would love your feedback! Got a few minutes to write a review?
Write a Review

I shifted so that I was gazing at him as he laid there on the grass,with one of his arms over his eyes.

The sun shown down on the grass making it look more colorful than it already was.

Guess, the grass is always greener on the other side...

Something seemed terribly wrong.I don't know what it is just yet,but my subconscious kept screaming at me.

Well I had just come to... I don't know where with a complete stranger and that too through a magic portal...

There's a sentence I never thought I'd say.

Just yesterday my life was pretty normal. I would get up,go to college ,run to my job and then be back home listening to music and the honking of cars outside my apartment as I studied.

That's when it hit me.This place was eerily silent.

I couldn't even hear the chirping of a distant bird or the sound of grasshoppers and beetles.

Nothing but silence mixed with the occasional groans from the man beside me.

Squinting my eyes,I looked up at the sun searching for any bird in the sky but as far as my eyes to see,I found none.

"Where are we?"I finally asked my saviour.

He sighed and sat up.

It is then that I could see why his white shirt seemed peculiar to me earlier.

It was a victorian era styled silk garment.

"We are on Terra"He replied,rubbing his eyes with the back of his hand.

"Is that a place on Earth?"He questioned as he gazed at me like a lost puppy while I gaped at him.

"What do you mean by that?We are all on Earth.Aren't we?"I felt really stupid ever asking him that.

We seemed to be in a clearing in the middle of a forest.

Trees stood tall on all four sides of us.

Knight in leather jacket got up and held his hand out to me.

I ignored the gesture and stood up by myself.

"Your behaviour is quite different from the other ladies at the court or anywhere for that matter"He said in his thick British accent.

I glared at him,resisting the urge to yell every swear word I know at him.

"We are on Terra..."He started

"Yes,I kind of got that because you have probably stated it a million times by now."I grumbled and followed him as he started walking towards the forest.

"Terra is a planet very much like Earth.It looks the same,has same geographical features, yet it is a comparatively new planet."He informed as if he were talking about what he had for dinner yesterday instead of telling me that we were on another planet.

"Have you lost your mind?Earth is the only planet in the solar system habitable enough to sustain life."I repeated every word my third grade teacher had told me when I wrote an essay about aliens.

"That is because we are not a part of Earth's solar system. We are different. We have our personal sun."He stated,moving through the thick canopy of pine trees.

I had many questions in my mind.He sounded so unrealistic.

Yet here I was.

In the past few hours I had faced things I did not know existed.

Maybe this is real as well.

Or maybe I was just too concentrated on not tripping over a root or a pebble, as we made our way through the jungle, to give it a second thought.

This was a new experience for me since I have never gone hiking.We had to jump off and climb on some other rocks.I scraped my knee several times.

Knight had to assist me a few times and haul me up a boulder or two.Sweat dripped off my forehead and my hair stuck to my face.

Knight was no better.He seemed more exhausted than I was,I could see him overexerting and dragging his feet,yet he did not stop for a break.

The relentless sun glowered upon us, showing no mercy.

We continued trailing for what seemed like forever but not once did I hear the squeak of a squirrel of the tapping of a woodpecker.

Even the woods seemed to give off a dangerous vibe.

Not noticing that my companion had stopped,I ran into his back and almost injured my nose.

I peaked over his shoulder to see what was in front of us and let out a gasp.

Coming to stand beside him,I took in the sight in front of me.

It was a huge, run down, stone building,a castle one might say.

Stubborn vines entangled their way towards the top of the walls.

Bright red flowers grew here and there on the thick green branches that covered the stone walls like a wallpaper.

It stood tall and proud in the clearing.

"Welcome to the Safhus,Princess Avianna Zraae Halifaxe."He announced, looking down at me before grabbing my hand and moving towards the castle.

I yanked my hand out of his.

"Don't touch me without my permission." I barked,glaring daggers at him.

He looked taken aback for a moment,before he looked down and muttered,"Forgive my manners,Your highness ".

I rolled my eyes and followed him towards the castle.

His strides were exhausted and slow yet somehow confident. He radiated this aura of dominance that made anyone want to sink into the ground as he walk past you, his back straight and his head held high like he owned the place.

When we reached the entrance which happened to be two large wooden doors with greyish metal bolts.

Knight traced the bolts and whispered something under his breath. The bolts started glowing and like before blue glow surrounded knight's palm and the bolts undid themselves.

I rolled my eyes yet again, As if I had any choice.

I was basically stranded on what the man said was an "alien planet".Hell, an "alien solar system "

I always thought aliens were supposed to be little green thingies more advanced than us with their brains and guts hanging out or something. And yet,the man walking before me looked...nicer than most people I had met.

Shaking my head, I started to take in my surroundings.

There were small windows at the top of the walls that let light in. The walls were blank cold stones and at occasional intervals I saw what I assumed were fire torches.

We walked through the dimly lit hallways and then ascended up the stairs.

Knight kept his gaze ahead, not even trying to initiate a conversation.

Maybe it was because I had snapped at him, which he very well deserved.

The silence that had settled upon us was unsettling.I could only hear our breathing and footsteps.

Why are there no animals or bird here?

I couldn't take another moment of this uncomfortable torture of silence.

He stopped walking and turned to face me.

"What did you call me? "He asked he brows furrowing.

"Knight. Since I don't really know your name. "I answered and gestured for him to resume walking.

"If you must know, my name is Ryker Bancroft. I am the prince of Stalwart, the kingdom of magicians"He replied as we reached a certain door.

He pushed it open and what I saw next almost made me faint and ignore all the insane thing he had just said.

It was a huge library.

It stretched for about two floors. The walls were lined with shelves.

At the ceiling hung a huge glass chandelier and at the bottom floor there were a few doorways.

I had never seen so many books in my entire life.I am pretty sure that I was drooling right about now.

"Your mother chose these books, even wrote some of them herself." Knight... I mean Ryker commented as he too looked around the grand paradise.

"I have known of this place for four years now, yet everytime I step into this place, I am in complete awe. "He revealed and I looked at him.

I don't think that my mind has the capability of storing anymore questions.

"My mother? Earlier you called me Avianna Zraae Halifaxe but I am not her. My name is Avinna Holt. Look maybe you got the wrong girl. I am just an English major from some college"I pleaded to him.

"Have you never wondered who your parents were?"He asked, his forehead creasing into a frown.

"I always assumed that my mother was a harlot and my father was some guy betraying his wife and children which is why they did not want me. "I murmured looking down.

To be honest, I liked assuming that instead of wondering how good my life would have been if they were actually good people and had kept me with them.

"Your mother was a great woman Avianna"Ryker mumbled and he reached out to touch me, but immediately pulled his hand back.

I moved towards the centre of the room, feeling so overwhelmed with everything that had happened.

Exhaustion got ahold of me and the room started spinning around and the last thing I remember before I blanked out was two warm arms catching me preventing me from falling onto the ground .

"My baby, my very own child... "I heard a woman wail. I couldn't see her clearly.

I could feel her holding me.

My vision adjusted and I found brown eyes staring into mine.

The woman had brown hair which was tied back in a messy bun.

Her eyes shown with exhaustion and black circle outlined her pretty pools.

The woman sobbed yet again.

"I cannot keep you with me my baby,My Avianna ,I love you so much but I cannot have Hadrone find you, he has never believed in my ways,he could hurt you, he is going to hurt me

Her voice started fading. I wanted to reach up and comfort her but I couldn't move.

I felt myself getting very hot, sweat trickled down my forehead and then I was in a room which was on fire.

I screamed for help. 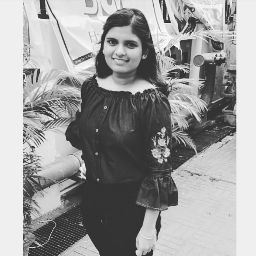 Are you enjoying my ongoing story? Please let me know what you think by leaving a review! Thanks, Aditi R.