Crystal Ferrer would love your feedback! Got a few minutes to write a review?
Write a Review 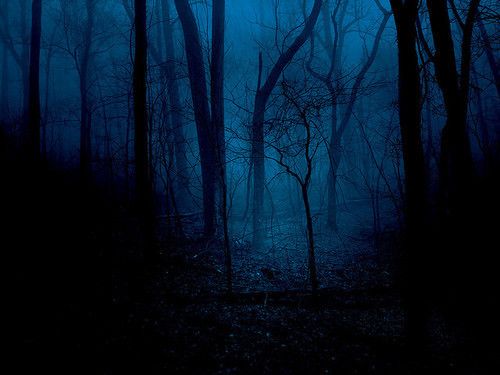 It had been stormy for the past few days. The ground was covered in damp pine needles and leaves as the trees rustled violently, warning visitors about the storm that was on its way. Most families knew the danger of these types of storms, but the extremely poor had no choice but to look forward to it as it meant the forest was empty. Sections of the forest had already been cut for firewood, while many of the remaining trees that weren’t too deep in had been cut up or scratched for resources. This meant that finding the right tree with edible bark to eat, tended to be a very time-consuming journey. The only souls to be seen were a woman currently climbing a large tree, her two young daughters, and a man running to them from the distance.

Grizelda, the youngest daughter sat down and leaned against a tree stump. She combed the grassy hair of her doll, which was made from sticks and leaves. “Mamma, do you think we’re going to find something today?”

“Grizelda dear- “she grunted, her long dress making it hard to climb. If Nicholas were here things would be so much easier. “Momma needs to focus.”

Adiscordia, Grizelda’s sister older by a year or so was close by, helping her family look for edible nuts and herbs. She looked back at her sister. Hope wasn’t something she had, at five years old she had already seen corpses lined up in blankets. The fact that she was still alive was surprising to her. She decided to help her mother. “Gri! Here, now.”

Grizelda smiled as she got up and rushed to her sister. “It’s hard to find the right tree. Some trees have good bark to eat, some don’t. Mamma needs focus to find out which tree won’t make you sick.”

Grizelda looked down and nodded. “Did the other people eat bad bark?”

Adiscordia was still focused, kneeling on the ground looking for nuts when she heard a noise. Her eyes darted to the side hoping to see her father but instead, she saw something that made her heart beat quicker. It was meat.

Grizelda’s face softened as she smiled. She had never seen a squirrel before, it was cute!

Adiscordia’s hands silently rummaged through the ground, her eyes not losing focus. She picked up a rock as slowly as possible, if it saw her, she would lose it. She raised her hand, aimed, and then-

“Adiscordia Hex!” The squirrel looked up into the tall tree to see a human before rushing off. Katherine quickly used the branches and climbed down the tree before hopping down. She rushed to her daughter who had dropped the stone and looked at her mother in surprise. “That is not good behavior. I understand your hunger, believe me, I do but- ”

In the middle of the correction, Nicholas arrived, having only barely caught his breath.

“Did you find one?” He had a bag with tools in hand, perfect for collecting edible bark, cutting off branches, and anything needed for finding their food for the day.

Katherine quickly looked up at him pointing to the tree she had previously climbed. “I need to take a break for a moment, it’s time we told them.”

Nicholas didn’t respond. He looked at his wife with hurt in his eyes. Their children were too young to burden with the truth. He took a deep breath before observing the marks his wife had made. That same youth only made them more vulnerable to it. “It won’t make it any easier if we wait.”

Both girls were confused, looking at each other wondering what they meant. Katherine soon laid a gentle hand on their shoulders and brought them to a small clearing in the forest where the three of them could sit down. “Girls, this is of crucial importance. More important than our meal for tonight itself. I need you to listen to me, do you understand?”

Grizelda was frightened, nodding quickly while Adiscordia gave a gentle nod, still upset for having lost their potential dinner.

“First, Adiscordia, these woods are pure woods. It is said that the gods love and look down on each of their creations. Some of those creations suffer heavily, are mocked, and yet still live pure blameless lives.”

Katherine’s gaze shifted before looking back at her eldest daughter. “Like us. Some pass to the next life due to the plague, starvation, and neglect, but some die to help others live. Some live their whole lives in pure sacrifice to help others and are met with ignorance and hate at every turn, and yet they strut on until death.”

“It was a squirrel.” Adiscordia interrupted.

“If noble enough, the gods send an angel to reward them with a gift of sorts. After they pass, they are given a wishing heart. This heart brings them all sorts of protection and special abilities to keep them safe and happy as they are given a second chance to enjoy life. The heart itself is ruled by time and power, each member who is chosen having only a limited amount of time and power to achieve one mission in their second and final life before entering the heavens. That mission is to protect their next descendant that needs their help the most.”

Grizelda was confused and unable to think as deeply about such concepts due to only four years of experience. Adiscordia thought about it, her eyes squinting in deep thought. “They become like guardian angels?”

“Absolutely,” Katherine responded. “Between the time of their death, and the time that their mission begins, their soul is cleansed from unfortunate memories and sent to an inhuman vessel. You never truly know if an animal is a vessel for a guardian waiting for their heart, or meat.”

The more Grizelda thought about it the more she found hope. “Can I get special powers when I die?” she asked standing up in excitement.

“Anyone can if they live a blameless noble life.” Katherine smiled.

Grizelda grabbed her doll and began flapping her arms before rushing between trees. “I want to be a bird! I’m going to fly high in the sky and see everything!” She exclaimed.

Adiscordia smiled, debating if she should go play with her sister, she was still a child. She did deserve to have some moment to play, but her mother set her hand on her shoulder, signaling for her to stay. “There’s something else. You and Grizelda are part of the Hex Family. As Hexes, we have no option but to stay pure.”

Adiscordia stayed quiet, there seemed to be a lot she didn’t know.

“We can’t sin or commit a crime.” Katherine explained. “Our family is hexed. We are cursed with an entity inside us, one impure action, even if it aids our survival can wake it up. Do you understand?”

Adiscordia didn’t know what to think. This conversation had taken such a dark turn. She thought for a second reviewing everything her mother had said before nodding so she could continue.

“And when it wakes, it brings blood in its hands. You will not be able to stop. Lives will be taken, and there is no forgiveness after that.” She paused to give her daughter a moment.

“Why?” Adiscordia asked. Terror rose within her and filled her with guilt. “I’m sorry about the squirrel!” Tears welled up in her eyes as her mother shook her head.

“You didn’t know. It’s fine. Your father and I have needed to tell you this, but we wanted to wait until you both could understand. Adiscordia, you are the eldest, I have faith in you. I need you to swear to me that you will protect yourself and your sister. You must swear to me, with your life, you will never sin.”

Adiscordia shook from both the cold weather and heavy fear, barely able to speak. Never making a mistake, it seemed like a massive promise! At that moment, a drop of rain hit her shoulder. She looked up at the dark rain as it grew heavier. Nicholas brought his bag with several large pieces of edible bark inside and his tools, he quickly picked up Grizelda on his shoulder as thunder filled the air. “Adiscordia, retrieve your nuts, we must go!”

In the darkness, the sky flickered as she scrambled to find her nuts on the ground. Katherine didn’t move. “I need you to swear it to me!” She yelled against the wind. Having picked up her nuts Adiscordia nodded.

“I swear, I will stay pure and protect Gri!” With that Katherine quickly took her daughter’s hand and joined her husband as they raced out of the forest.

Adiscordia’s feet raced out, sinking deep into the forming mud as she ran away leaving the purest of forests behind, her tears flying alongside her. Why would the gods who sent out guardians allow this to happen? Where was her guardian? She was expected to stay holy and perfect on her own? Did she not have any free will? 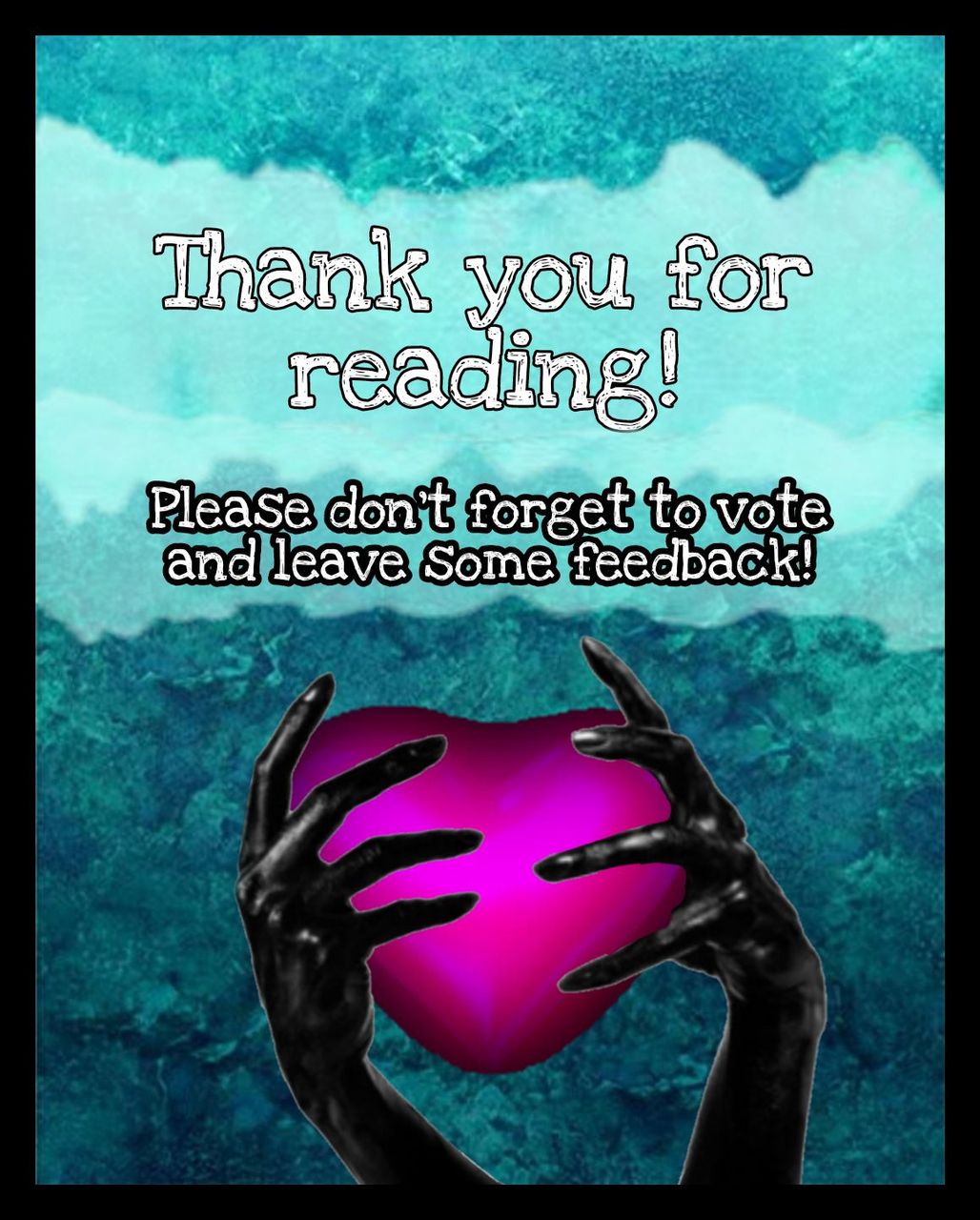 Continue Reading Next Chapter
Chapters
1. The Promise
Further Recommendations
Mated to the Alpha by Kelsie Tate

Sylvia: I love the male and female lead. Perfect match. I hate the fact Sasha always have to surfer in the story. Best romance and fantasy 📙. Recommend to all.

Red: Subject says it all, lol. But am wondering if the Author has a schedule for releasing updates (ie; certain days of the week, etc)/ for new chapters? ( certains days of the week or so many chapters per week, etc) Just curious!

Brittany: It’s pretty good I like it so far just wondering if it’s a bit going for me but I will definitely finish it and let you know my thoughts. Great plot!

Trouble: It was a quick easy read. Light hearted romance with enough action and back story to keep supporting characters jumping in and out without confusion in plot or story. Nicely done

Anna: Loved all the books I've read by this author. Great story telling. None of her books disappoint.Really enjoyed this book.

Kimberly Angle: This book was fantastic I'm glad it was diffrent from all the other werewolf books

Cristal Bollinger: It's a different twist to the mating scene for sure.

Cristal Bollinger: Got to love the short reads

Read Now
One Night With Santa by El Rivers🌻

SunshineApril : It stays with a bang and ends with me and everyone else wanting more. The character acts just lime areal person a d you can see some of tour stupid actions I. This person. I'm hooked. Write on....

Read Now
Destiny of His Pack, Book 2 by Presley's Angel