Sana Paracha would love your feedback! Got a few minutes to write a review?
Write a Review

Samira set a plate of spiced mutton carefully decorated with leafy green herbs tentatively down on the Emir’s table. As she was about to pull away and make her exit, he lightly placed his fingers on her hand to still her. The Emir glanced discreetly back at his guests, the Vizier of Aleppo and the Commandant of the state of Ozgur. They were engaged in conversation between themselves while stealing glances at the food she’d brought in, steaming hot and giving off the smell of roasted meat and cardamom.

The Emir’s eyes were on her, and they softened as she looked down at the floor in respect. He motioned for her to lower her face towards his. After hesitating, she did, giving him her ear, and a second later she felt his hot breath stinking of wine on her face. She tried to repress the repulsion that rose in her throat, and struggled to keep her face clear, her mouth pressed into an apathetic line and her eyes bored, like servants should look. Slaves, Samira reminded herself. She was purchased from a merchant for gold coins. She was property. Why should she pretend to be anything else?

The Emir whispered in her ear, “meet me in my quarters after the dinner,” and pulled away. Without meeting her eyes, which were quickly filled with alarm, he flicked two fingers towards the door to dismiss her.

Samira remembered herself and gave a small curtsy despite the fact that his attention had already slipped from her to more important matters, and she walked backwards three steps before turning on her heel. She heard him say, “Vizier Efendim, you must consider the possibility of war with bordering states,” and the vizier respond in a heavily protesting voice. She took small, quiet steps to the door, lifting her skirts so they didn’t swish on the ground and bring attention to her, and stared intently at the floor. As she approached the wide oak double door, she felt the ground shake as it was pulled open by two heavily armed guards. She walked right past them, without any acknowledgement but feeling their lingering eyes on her nonetheless, and they shut it behind her.

In the windowless hall lit by candles, Samira turned right back towards the kitchens, her breath rattling loudly in her chest, her footsteps echoing in the hall. She tried not to think about the Emir’s request, but her hands shook where they were fisted around the cloth of her pale green linen dress. She was a slave of high importance and rank, since she was bought specifically for the Emir’s purposes. She was his slave, meant to serve him and no one else. She went where he wanted, and today he wanted her in the kitchens. Normally, he orders her to sit in his room prettily in a massive dress dripping with glittering diamonds in an ocean of black cloth, her lips painted blood red and her eyes lined in kohl to bring out the light brown of her eyes.

As a growing child in her village, Samira had known she was pretty only because of the constant remarks from men while she walked through the bazaar, gripping her mother’s hand tight and keeping her eyes on the ground to ward off any unwanted eye contact. Her lustrous, curly hair was kept under a scarf worn by all women and girls with a jewelled headpiece, but her heart shaped face and soft, pink lips were not easily hidden from the view of the world. Soon enough, she had stopped going to the bazaar at all, opting to stay home with her caregiver and cooking the meals for her father and brothers or spending hours in the heat sweeping the floor with a short handled broom that required her to bend over and remain in that position for so long she had trouble sleeping at night because of rippling pains in her back.

When her mother passed away, she had no choice but to put on a burqa, a loose-fitting black dress reaching her toes, and a niqab to hide her unfortunately proportional face from the wandering eyes of predatory men. She was a common enough sight in the sea of women wearing niqabs, but the heat would push down on her, making her sweat until she felt she would pass out from lack of water in her body. The men in her family would not be bothered to go to the market, since they were needed in the farm to keep the cows healthy and the crops abundant in order to receive protection and coin for their labour. If they were going to eat with the acquired coin, it was on her or the elderly caregiver, whose legs had begun suffering from carrying the weight for her body for over sixty years.

Even then, she’d gone rarely and made no more conversation than necessary. Her voice, it was said, carried like a songbird’s melody. It was quite airy and sweet in a way that Samira herself was not. She drew heads towards the sound of her soft, honeyed voice, and she kept her voice low so that the only people who would hear her ask for a hundred grams of saffron or a dozen figs would be the man or woman behind the stall. The repression of her voice eventually caused her to become soft-spoken, if she ever spoke at all. Many people had thought she couldn’t speak, including many of her neighbours.

She hadn’t been able to make friends due to this and the rareness of her leaving her house. But Samira was used to being alone, since her mother died. She had never confided in anyone again, and didn’t plan to.

Samira’s head snapped up, and she realized she was bent over, her hands planted on her knees and her eyes squeezed shut as her breath laboured. The head cook, Colpan, handed the plate of dates in her hands to a woman next to her who complained heavily, and hurried over to where Samira was standing.

“Are you alright, habibi?” Colpan lifted Samira’s face and pressed a cool hand on her forehead, causing Samira to startle. She pushed Colpan’s hand away and rested a hand against the mud-coloured wall on her right.

“I’m fine, hajjiya,” she said shortly, and pursed her lips into an unconvincing smile before heading for the kitchens without looking back at Colpan, who she knew would be furrowing her brows into the motherly concern she always wore when she spoke to Samira.

Samira pushed through the swinging door to the kitchens and was immediately hit by a thick wall of smoke obliterating her view. She coughed and waved her hand in front of her nose to divert the smoke from her nostrils. She caught clipped commands flying back and forth—“Put in the black pepper!” or “Serve the fruit salad! Quick!”—and immediately got to work, joining in the bustle of bodies moving in tandem, finding rhythm together. Soon she lost herself in the work of preparing the feast with the other women, and almost forgot about the Emir’s desire for her to fulfill later on that night. Almost. 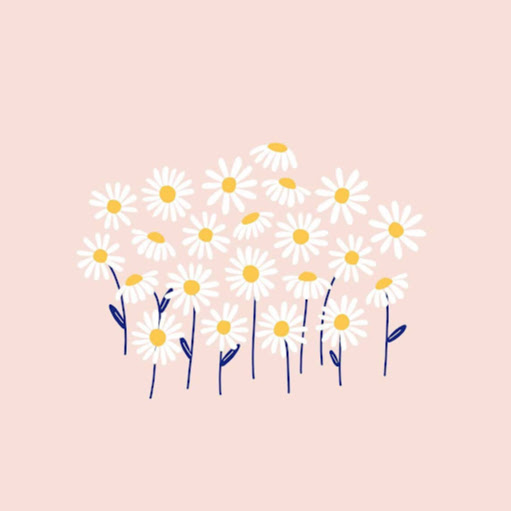 Are you enjoying my ongoing story? Please let me know what you think by leaving a review! Thanks, Sana Paracha

Write a Review
Continue Reading
Further Recommendations
Mate Me (If You May) (The Millennium Wolves 0.5) SAMPLE ONLY by Sapir Alexandra Englard

Nevena: cant wait for the rest

Read Now
Not your Luna by Meticulous Rice

Sarah O'Flynn: Loved everything about it so far please more updates thick and fast if you don’t mind thanks 😊

Ariana Cooper: It is a very intriguing story and I think that the plot is perfect. I would recommend this to my friend as she likes the same stories as me.I gave it a 5 star rating because everything is perfect.

Read Now
From Orphan to Luna by By Terri

Ayanna: Great story I enjoyed every chapter. Very Cinderella like with alot of sex😁

Ariana Cooper: It's a very intriguing story and it has a very interesting plot. I would recommend this to my friend as she likes the same stories as me.I gave it a 5 star rating because it is perfect.

Read Now
The Pack She Never Wanted by Allie_kat _

Bookworm247: Nicely done. Not commenting on grammar etc , 'cause I am here to read a good and engaging story. Yours does that so far. Wish your chapters would be a little longer.

Pishposh07: I was curious on how this story would differ from other (mature) werewolf romance stories - I’ve read a lot! I was not disappointed at all! Paulina did a fabulous job in enchanting readers. It was a ride. There were some difficult scenes that may be hard to to read for others but I appreciate how...

Lou_Lou.: Love this story and I just knew the beta was her “mate” but I’m confused has the story been re-written as the chapters have started again?? Sorry to to comment saying this! I love this book and I cannot wait to see if she stays with the king and brings the monarchy into the 21st century or goes o...

Caitlyn: Good so far can't speak much to it yet