It was not the case.

Global warming ruined many parts of the world, and there were also wars since there weren’t many resources, distrust among other countries. There was much civil unrest with citizens against politicians. World leaders spent money on making military power rather than helping humanity to live in peace and comfort. But, I also blame regular citizens since we let this happen and were too busy with our lives.

Because of that, there are consequences, and no one, even the politicians and the other 1%, didn’t expect the asteroid would soon hit Earth. As for me, I live in Oregon and am heading to the only library within the state. Hardly anyone would go there since they would look at their internet pads and other forms of technology. I was blessed that I didn’t rely much on technology. The main reason for that was because I was poor. I don’t even know who my parents were since I grew up in the foster care system or unwanted children.

In this era, children who grew up in the foster care system were seen with disdain, and once they grew out of the system, there were few opportunities. That’s what happened to me. Although, I was lucky that I had two part-time jobs as a waitress and a library assistant. However, I loved working as a library assistant to read hardcover books, which aren’t common in everyday life, except in libraries. Many things are electrical, and it made people rely too much on technology and never experience the beauty of things that our ancestors used in the past.

It was pretty sad, but now, it doesn’t matter anymore.

We were all going to die. I’m not scared, a bit sad. I didn’t do everything that I wanted and read books that I always wanted to read. I want my death to be fast and quick. I was walking by many streets and people who were running around, hugging their friends or families.

I kept on walking to the library, ignoring the many people. I would look up at the sky now and then, and I could see a light that was not the sun; the asteroid was getting closer. I decided to run until I made it to my destination. The library was locked, but I always had an extra key if my supervisor arrived late since I was an assistant. I was able to get inside and closed the door behind me.

I turned on some lights within the library and saw the many shelves of books. I smiled. I could never get enough of seeing the sight of the many books that I have and have not read. As I walked, there were some echoes. I was the only person, the only person that appreciated the creativity and knowledge of past authors. I stood in the center of the library, and I was deep in thought, thinking which would be the last book to read, the last genre.

I then remembered a particular section that I wasn’t allowed to go in. According to my supervisor, certain areas held ancient books that were fou. It always spiked my interest, and now that the humans die, I will use my chance to go to the restricted section. I went on quickly and climbed on a couple of staircases until I got to the very top of the building, and a small gate covered a wooden door. I unlocked it with the hidden key that my supervisor hid just in case if she lost the main key.

The gate was unlocked, and I then unlocked the wooden door. Cool air escaped, and the room was dark. I found the light switch, and the room was dimly lit by what looked like old-fashioned candles. I was amazed, and to my surprise, I saw only one cabinet in a decent-sized room.

I wonder what books lay inside. 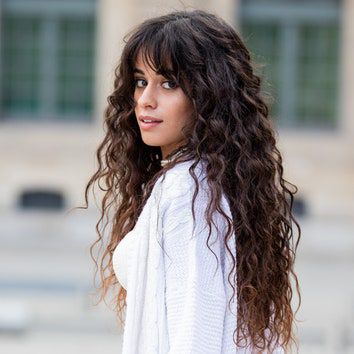 Read Now
My Girl by EvelynMiller

Jessica Price: What a read, awesome

reionmarch: such a fun story to read. short yet full of it. great book, author. 👏👏👏

Bea Renay Jackson: The way you write the scenes is absolute perfection

Stardust: I loved your writing..all the best

Bronnerz83: This was so beautifully written and fantastic. Thanks for another great story (again) 💚

SidoniaSydney : Amazing story, it was a great read!!!

michelleking2204: I love your story I would not change anything ❤️

Segail Brown: The story line is a bit confusing with the pov but its doable

Shawn Cassidy: What a great can't wait for me